NEARLY every US state is facing rising Covid infections amid the spread of the Delta variant, new data suggests.

A total of 43 states have recorded an increase in average daily cases over the past two weeks, driving up the numbers in areas with low vaccination rates. 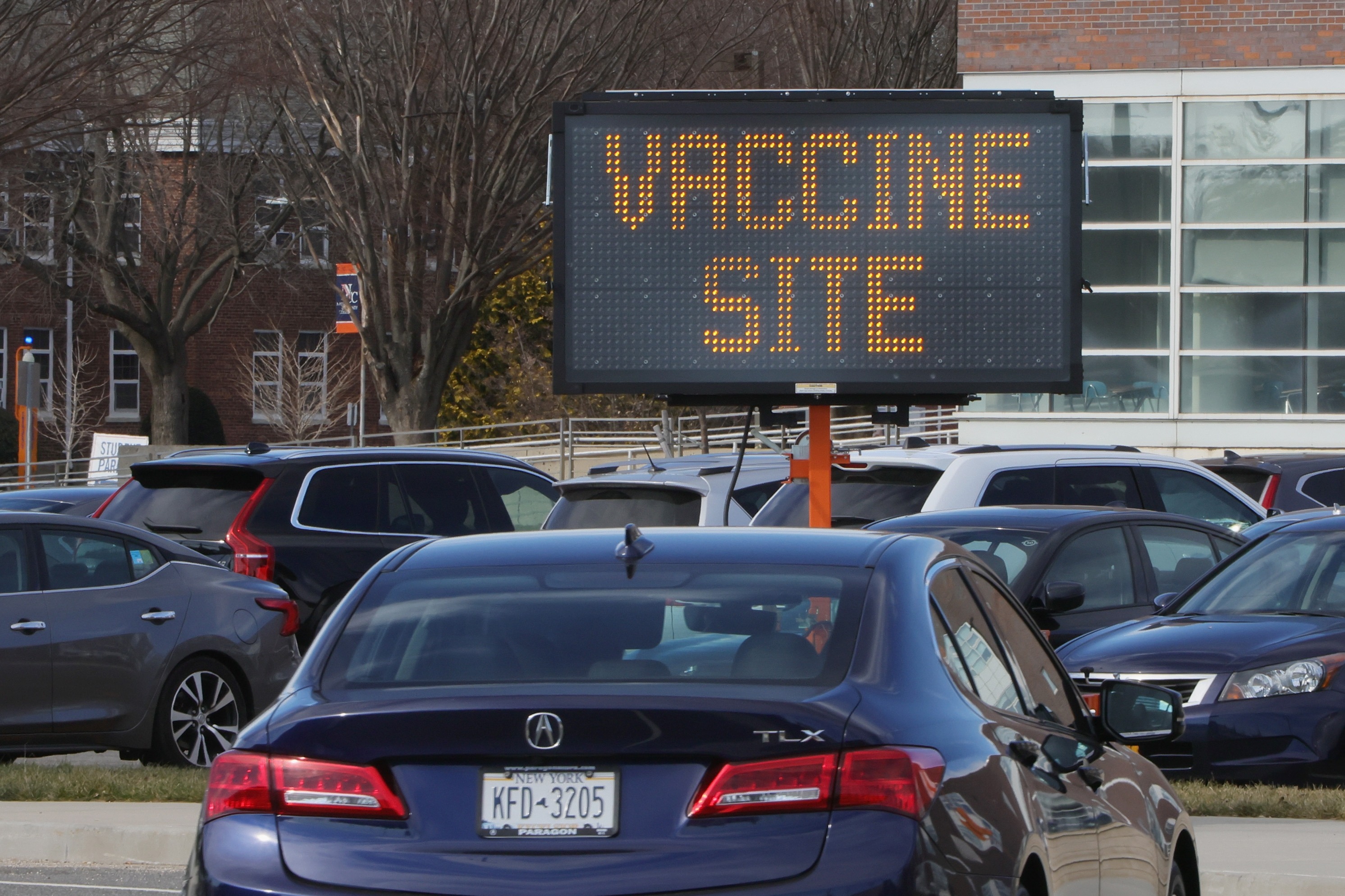 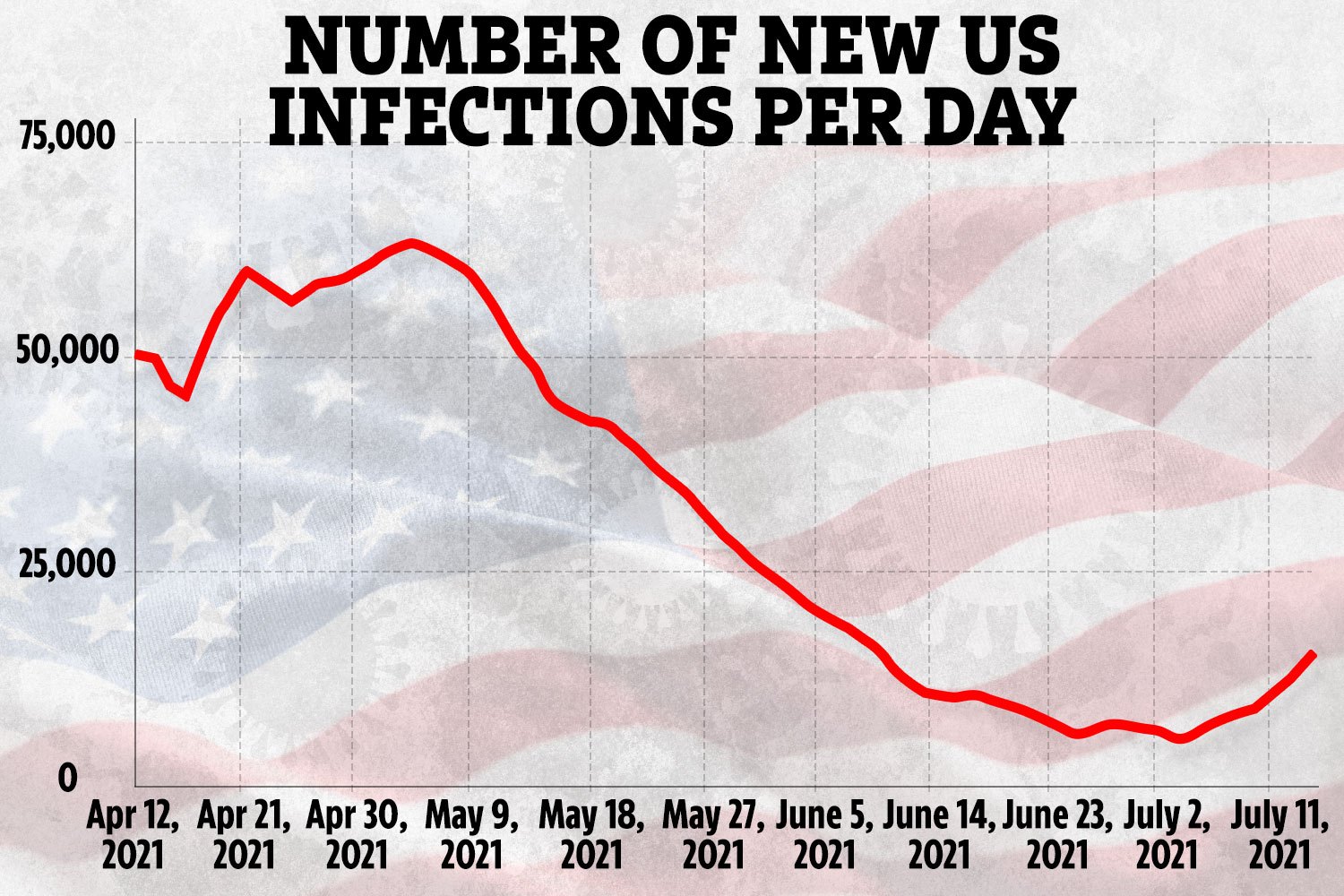 According to analysis from Johns Hopkins University several states, including Arkansas, Florida, Iowa, Missouri and Oklahoma, have recorded double the number of new infections compared to a month ago.

Even states with high vaccination rates, such as California, Illinois, New York and Vermont are seeing cases rise.

Dr Jennifer Nuzzo, who works with the Johns Hopkins Center for Health Security, said the spread is “worrisome” adding on Twitter that “anywhere there are pockets of low vax coverage is at risk”.

Speaking to NPR, she said: “Unfortunately looking at what’s happening in individual states, I do worry we will continue to see national numbers increase.”

Currently, the US is recording an average of 23,000 Covid cases per day, the highest figure seen since late May.

Most have been linked to the Indian Delta variant, which accounts for as many as 97 per cent of infections in some states.

One epidemiologist warned on Twitter the "US has just one month to act before US becomes full blown #DeltaVariant dominant.

"But we likely have even less time than that if CDC doesn't act soon."

His worry was echoed by Dr Anthony Fauci, who branded the Delta variant the country's "greatest threat" in eliminating the deadly virus.

The US National Institute of Allergy and Infectious Diseases chief then added that the strain was “unquestionably” more transmissible than other common coronavirus variants.

President Joe Biden now faces questions as he aims to raise the stagnate vaccination rate with only 68 per cent of adults having received the jab.

Resistance to getting jabbed, led by some Republicans, has caused the vaccination rate to drop significantly despite an all-out effort by the White House to raise it.

Mr Biden, Vice President Kamala Harris and Second Gentleman Doug Emhoff have been on a nationwide tour to raise the vaccination rate.

After failing to hit vaccinations target at the beginning of the month, White House press secretary Jen Psaki defended the administration's outreach program in her press briefing on Monday.

"We want to make sure we are lifting up some of the innovative ways that Americans across the country are meeting their communities where they are with the vaccine," she said.

"We all have a duty to continue making the cases of vaccine to our friends and family. Companies, media and individuals all can play a special role as trusted messengers to an unvaccinated person by sharing the fact that the vaccines are safe, effective, accessible and free.

"Across the country, we're seeing Americans step up," she added. 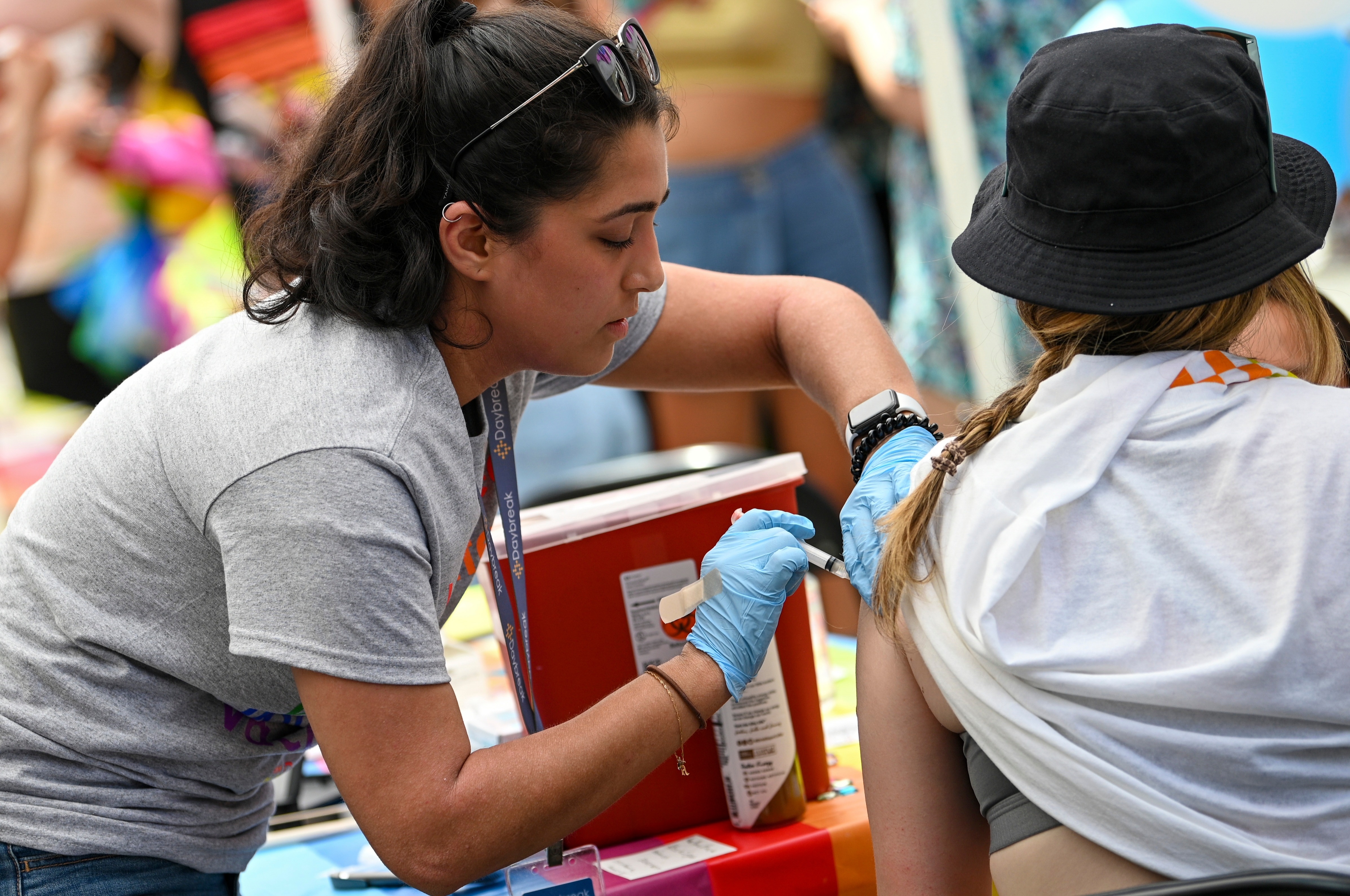 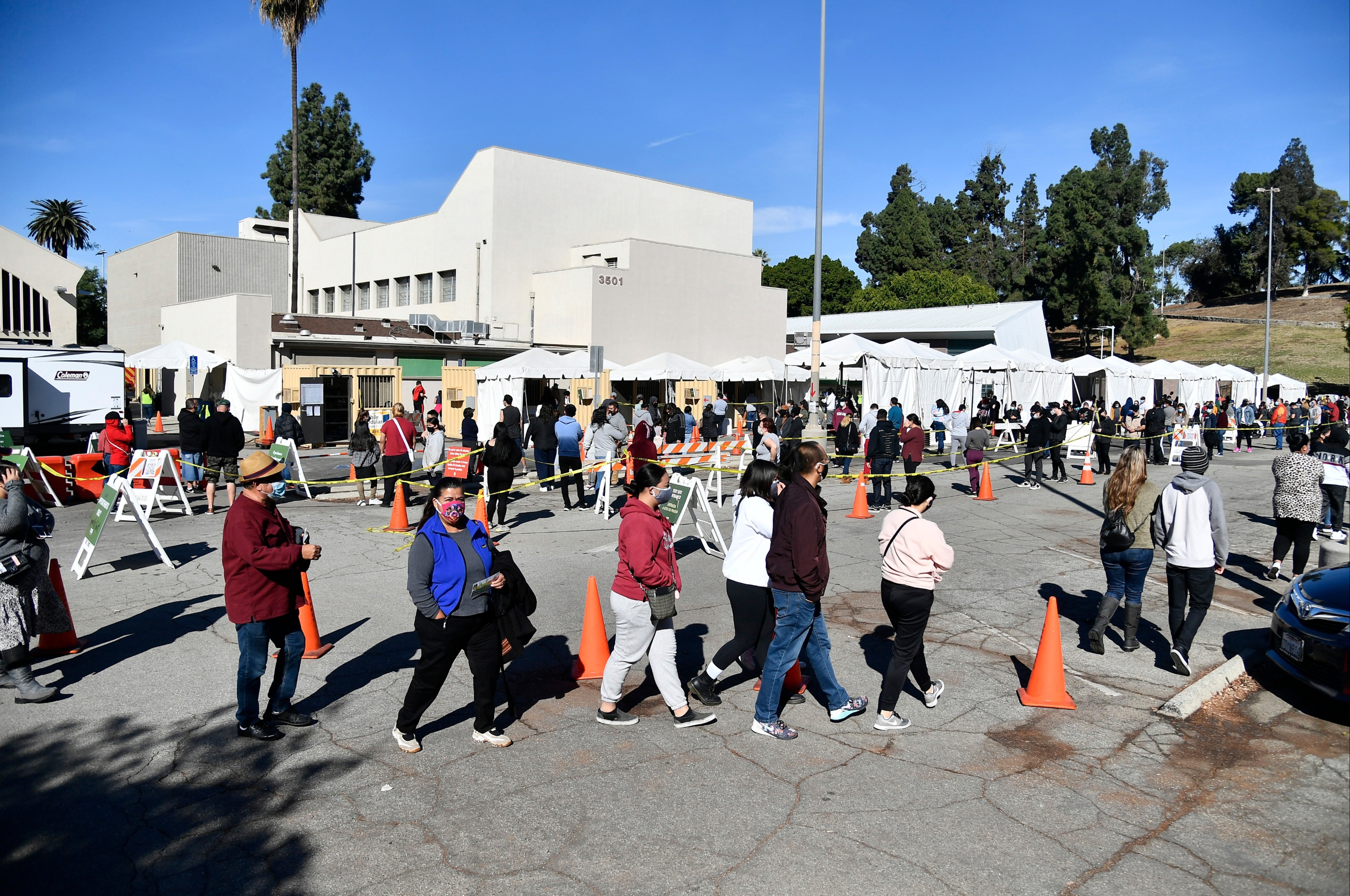 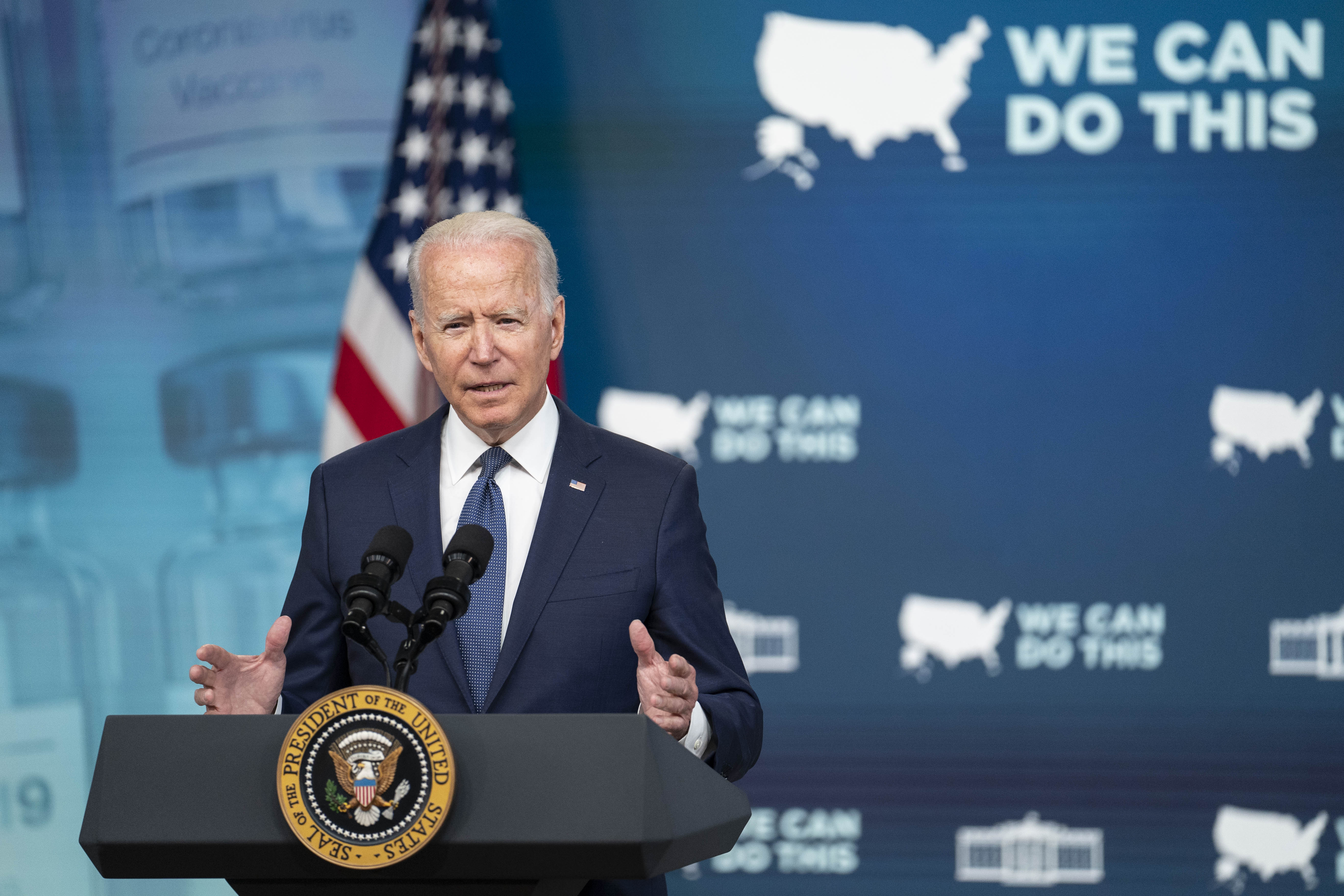