A MUTANT Covid strain rampaging across the UK has sent the number of hospital patients in London and the South East soaring.

Deputy Chief Medical Officer for England, Jonathan Van Tam, gave the grim warning as he revealed the case rate has doubled in the past two weeks. 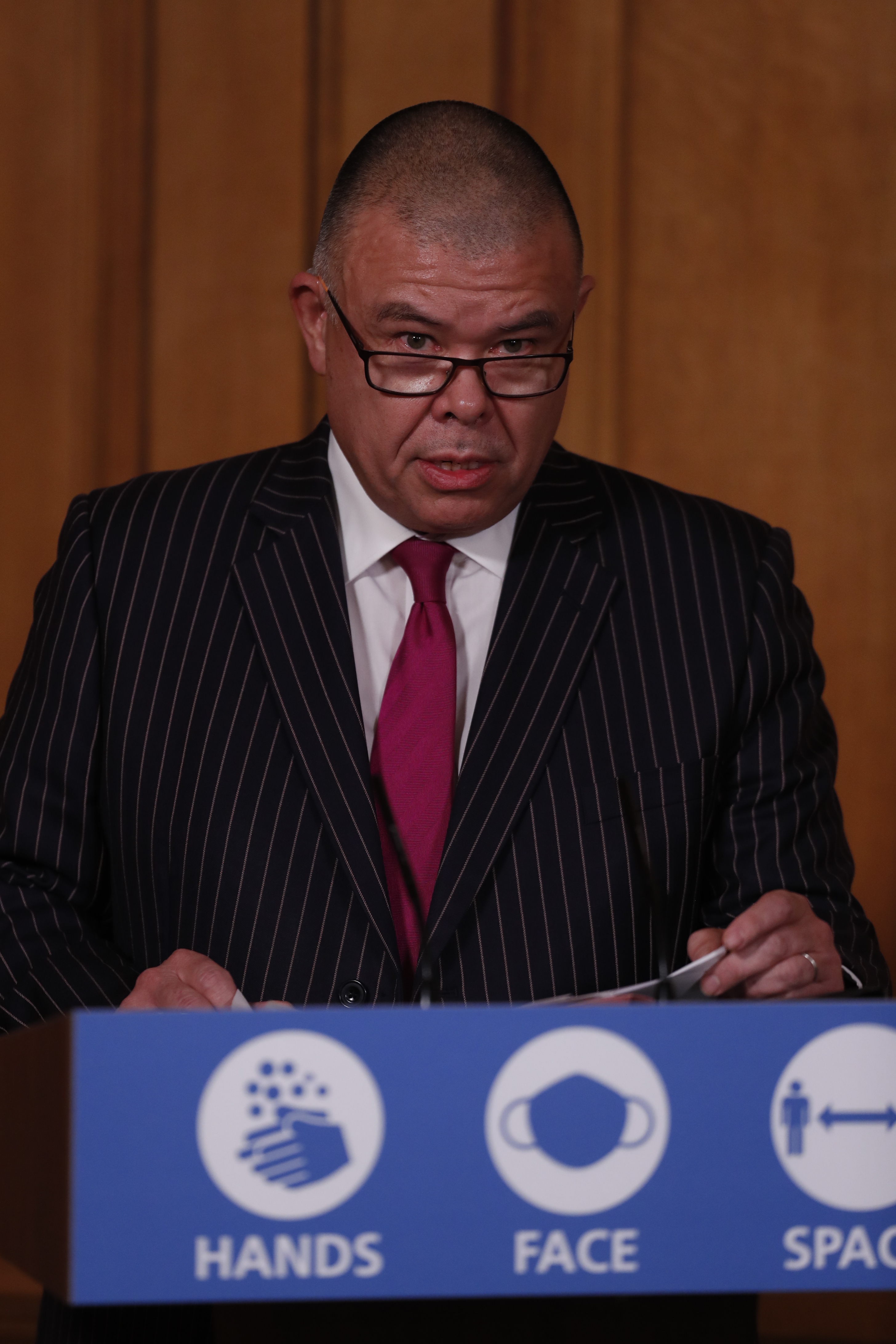 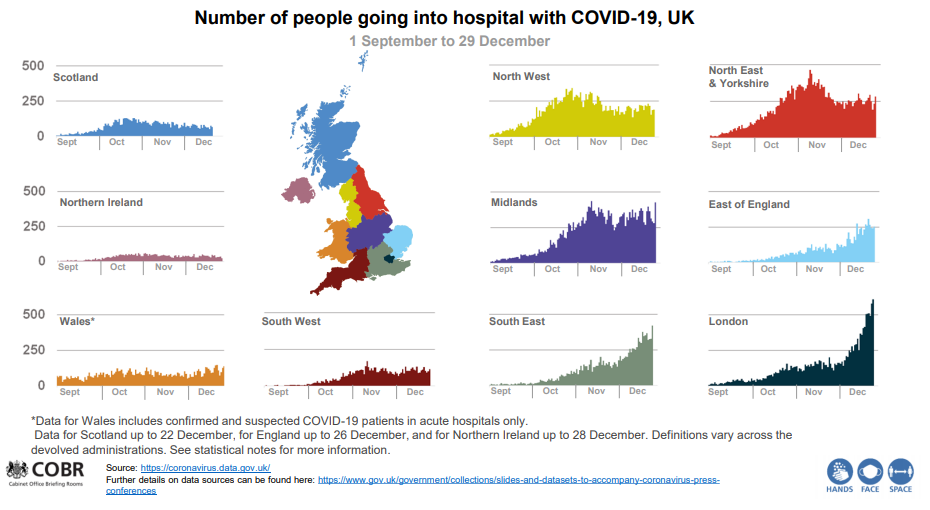 He showed a slide at the No10 press briefing today revealing how hospital patients have spiked in some areas.

The figures in Covid hotspot London are now far above what they were in the beginning of September.

This is the same for the Midlands and the South East where the new Covid strain is running rampant.

Van Tam also said one in 70 people were testing positive for the disease just before Christmas – up from one in 900 in September.

He also presented a map showing South East have the highest case rates.

Speaking as millions more people were today plunged into the toughest Tier 4 restrictions, he said a new map was “pretty grim”, “precarious” and “depressing”.

He warned Brits "have to play their part from bringing us back from this dangerous situation we find ourselves in” when it comes New Year's Eve.

The sentiment was echoed by Boris Johnson, who told the nation: "All of these measures in the end are designed to save lives and protect the NHS. For that very reason I must ask you to follow the rule where you live tomorrow night and see in the new year safely at home.

"We are still in the tunnel of this pandemic, the light however is not merely visible … the tunnel has been shortened, we're moving faster through it and that gives me great confidence about the future in the Spring." 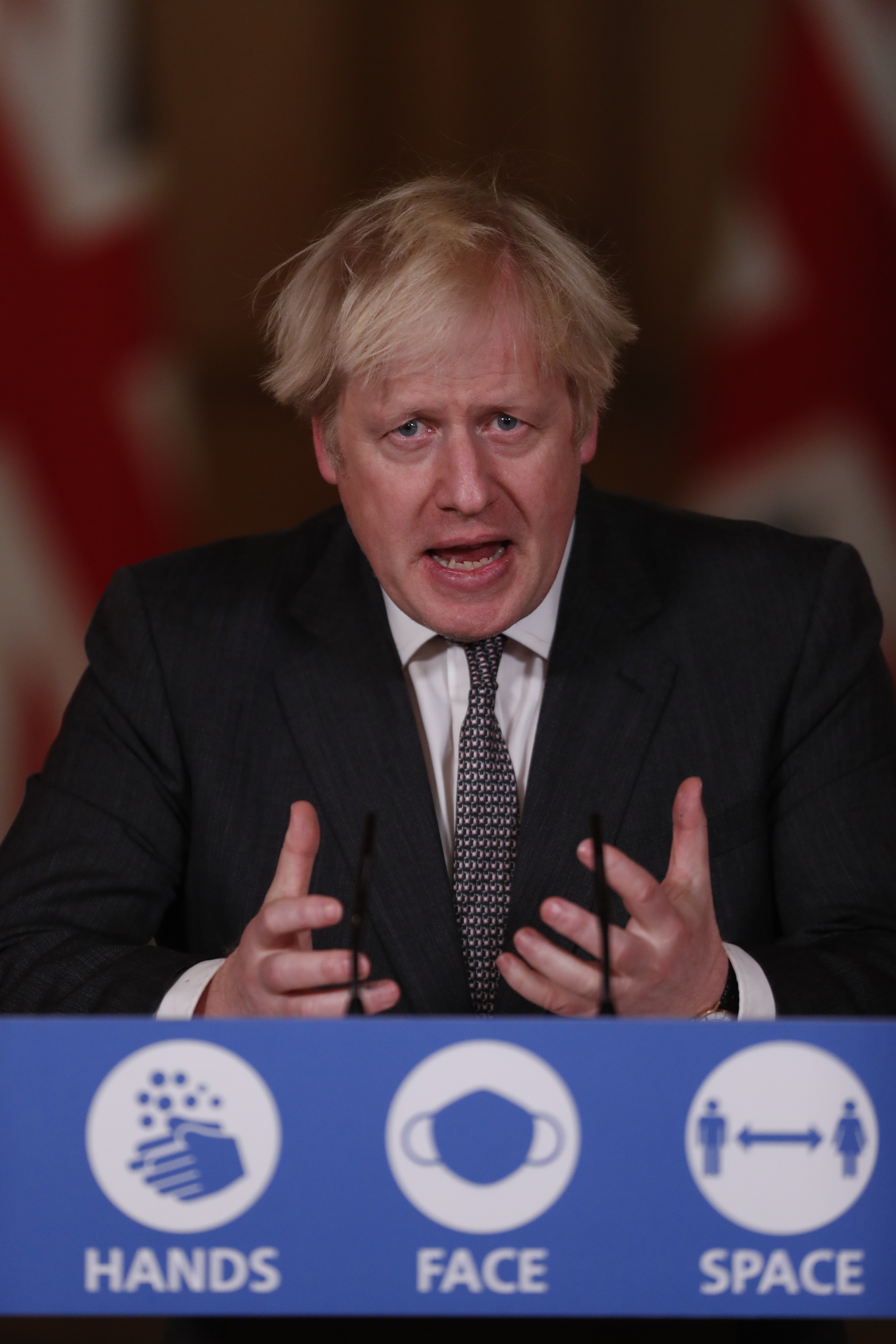 Health authorities have warned NHS workers are facing having to make the "horrendous" life and death choice over which patients will be able to access ventilation if cases continue to soar.

Health Secretary Matt Hancock said"case rates are doubling fast" and there are "significant" challenges to the NHS.

"There are over 21,000 people in hospital with coronavirus right now," he said.

"And we can see the impact that this is having – the threat to life from this virus is real, and the pressures on the NHS is real too."

The number of people in hospital with coronavirus has now surpassed the April peak.

Almost 2,000 people were admitted on Christmas Day, and hospitals across the country are close to or at surge capacity.

The grim warning came as almost 1,000 people lost their lives to the disease in the highest toll since April. 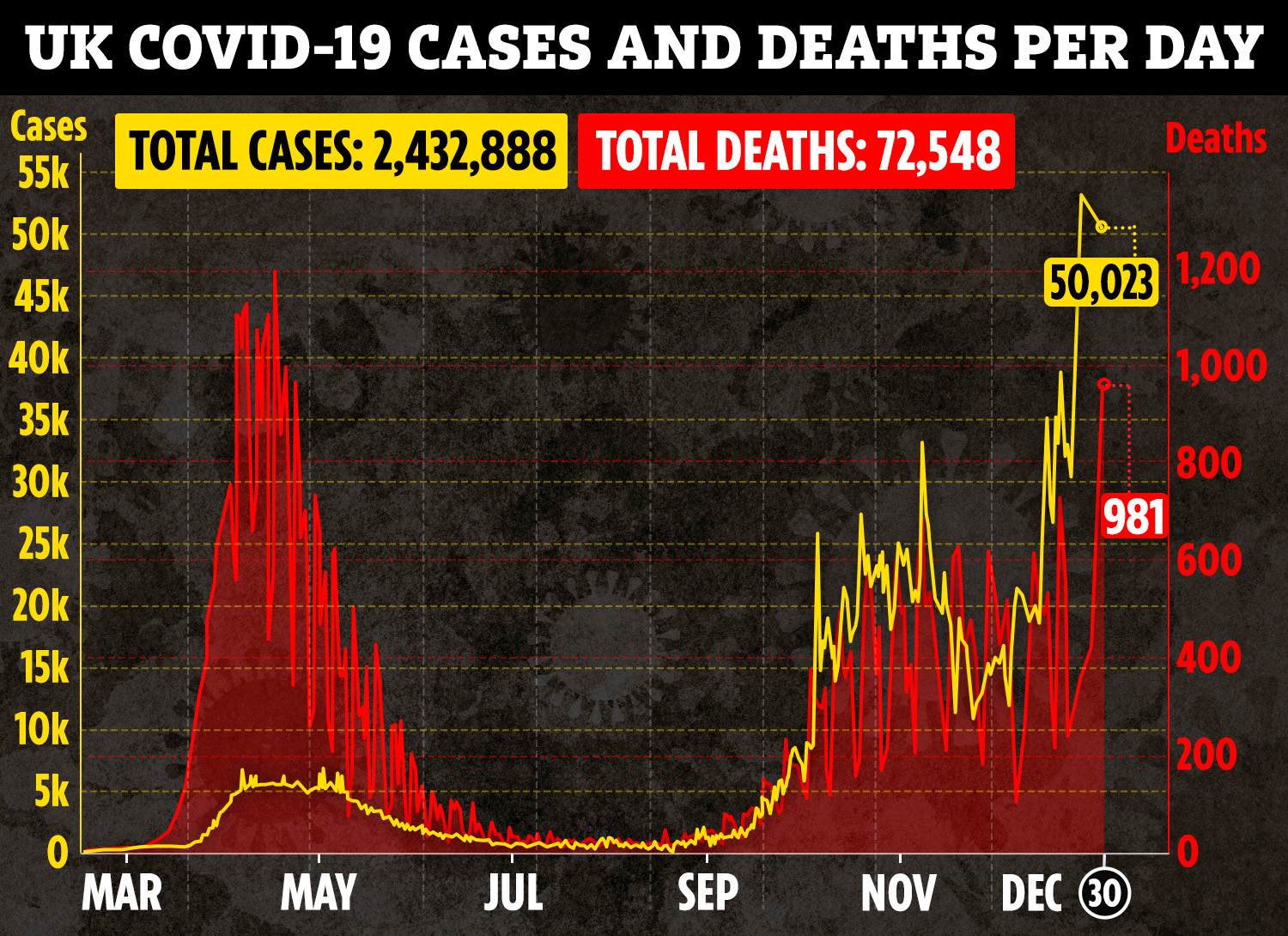 A further 50,023 more tested positive for Covid as cases continue to explode due to a new mutant strain – leaving hospitals on the brink of collapse.

Footage on social media has already emerged showing the pressure on hospitals with ambulances seen lined up outside the Royal London Hospital in Whitechapel and Queen's Hospital in Romford, both in east London, on Tuesday.

Some hospitals say they are running out of oxygen and even pillows as they struggle to cope with the swell of patients.

Medics are also said to be considering setting up war-style triage tents in car parks to treat the never-ending stream of people struck down by the new mutant strain of the deadly bug.

Essex has now declared a major incident with patients being treated in the back of ambulances.

They have now called in the Army to help deal with the explosion of Covid patients and help roll out Covid vaccines.

Three-quarters of England will now be plunged in Tier 4 from tonight with millions more upgraded to Tier 3.

Only 2,000 people living on the Isles of Scilly will remain in Tier 1 and no one is in Tier 2.

END_OF_DOCUMENT_TOKEN_TO_BE_REPLACED

END_OF_DOCUMENT_TOKEN_TO_BE_REPLACED
Recent Posts
We and our partners use cookies on this site to improve our service, perform analytics, personalize advertising, measure advertising performance, and remember website preferences.Ok