ON Thursday it will be 75 years since more than 160,000 servicemen set sail to Normandy to liberate France from the Nazis in a daring top-secret assault known as D-Day.

Today, there are only a few thousand left – all men in their nineties. 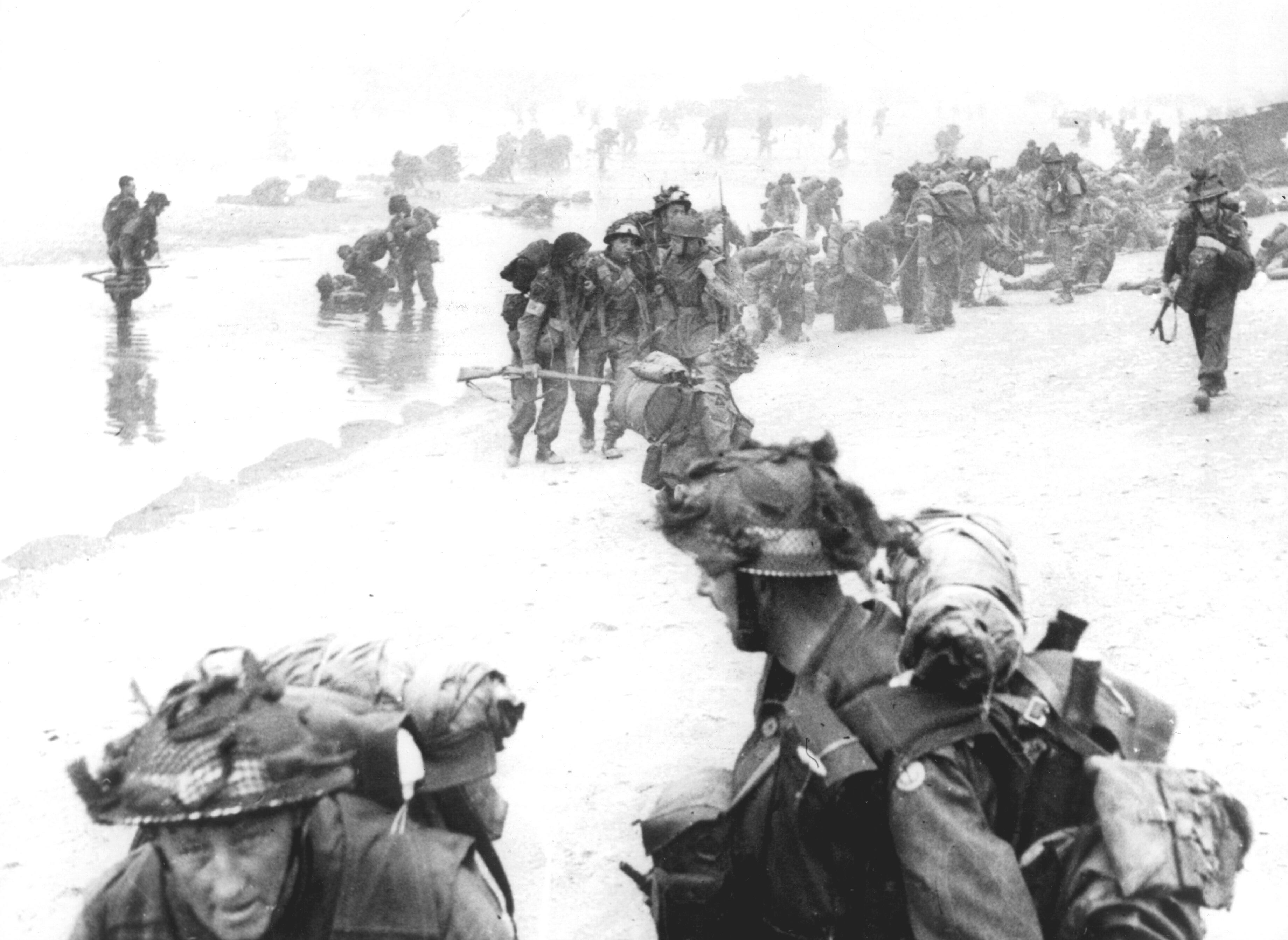 Many will return to ­Normandy this week, including 300 veterans on a ship chartered by the Royal British Legion.

Some of those returning heroes – and the women who played a vital role in events from home shores tell their stories of June 6 and the following 77 days of the campaign that changed Europe’s face for ever.

MARION LOVELAND was working in the Navy pay office on D-Day.

But she remembers June 6 for all the wrong reasons because her fiancé, marine commando Alec Aldis, died serving his country on Sword Beach.

Marion, 97, from Southampton, recalls: “Alec and I hadn’t told anyone about us.

I read in the lists he’d been killed and from then on I lost my love of ­service and left the Navy.”

Marion was familiar with Forces life, as her father was a colonel in the Royal Marines and her mother was a Wren during World War One.

Marion says: “I grew up on a barracks so it was a life I already knew. I’d got a job at BP in London but then war broke out so I signed up to serve.”

The 18-year-old was posted to ­Eastney Barracks, Hants, where her father served, and it is there she met Alec, a signal officer in 41 Commando Royal Marines.

She says: “He was very reticent to pursue ­anything because of who my father was.”

With the war ratcheting up, Marion was posted to The Old Naval College in Greenwich, far from her fiancé.

She recalls: “The last time I saw Alec, a few days before D-Day, he asked me to marry him at Christmas when he got back.”

But Alec landed on Sword Beach, which had very little cover, and was killed. Marion recalls: “I was at work and saw a report saying he’d been KIA.

It affected me badly and after that I wanted to leave the Navy.”

While her engagement had been a secret, Marion’s parents knew she had suffered a loss.

She says: “Dad didn’t know the details but they knew I’d been hugely affected.”

Marion returned to her job at BP and met her husband Stuart, who she married in 1947.

While she will pay her respects today to those who lost their lives, she will also be celebrating her 98th birthday.  She says: “It is D-Day memorials first then maybe lunch in a restaurant.”

On her birthday in 1944, she recalls: “I went to ­dinner with friends and saw planes flying over. “It didn’t even cross my mind that Alec wouldn’t come back.”