A DINER who forked out £30 for a chicken dinner at London's swanky Shard has revealed her disappointment at the "disgraceful" meal.

Raveen, 21, visited TĪNG – the landmark's highest restaurant – for a fancy evening out, only to be served something that looked like a "depressed jacket potato". 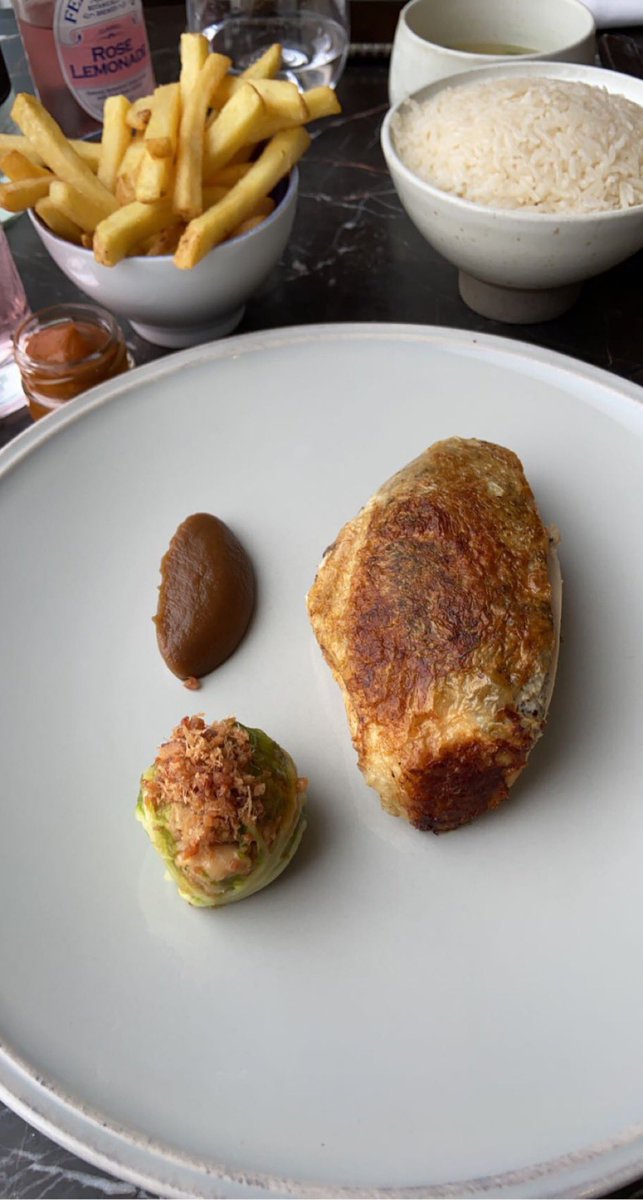 She also had to fork out an extra £5 for a portion of chips, bringing the bill to a "disgraceful" total.

Raveen shared a photo of her measly meal on Twitter, leaving many users confused as to what she actually ordered.

She sarcastically captioned the snap: "Guys look at my £30 meal I got at The Shard" with love heart eye emojis.

One person commented: "Straight up thought that chicken breast was a depressed jacket potato for a second. Rolling on the floor laughing."

Another said "that’s depressing" to which Raveen replied: "It is."

A third posted: "I thought it was a microwaved jacket potato."

While one wrote: "I’d actually cry. Imagine skipping lunch cos you know you’re going Shard and this is what they come out with for £30. My condolences."

Raveen later confirmed it was indeed chicken on her plate, but people were less than impressed.

One man compared her dinner to a "dog turd and chips" while another said: "You get more at McDonald's."

Another wrote: "Disgraceful. Wow that's expensive for rice, potato and whatever the other things are."

And someone else simply responded: "Daylight robbery."

The Sun Online has contacted TĪNG at The Shard for comment.