A DISABLED TV presenter blasted British Airways after she was left stranded in her seat without her wheelchair on a 12-hour flight.

Sophie Morgan, who has fronted shows for the BBC and Channel 4, says she was unable to contact a flight attendant for more than half-an-hour on the trip from Buenos Aires to London Heathrow. 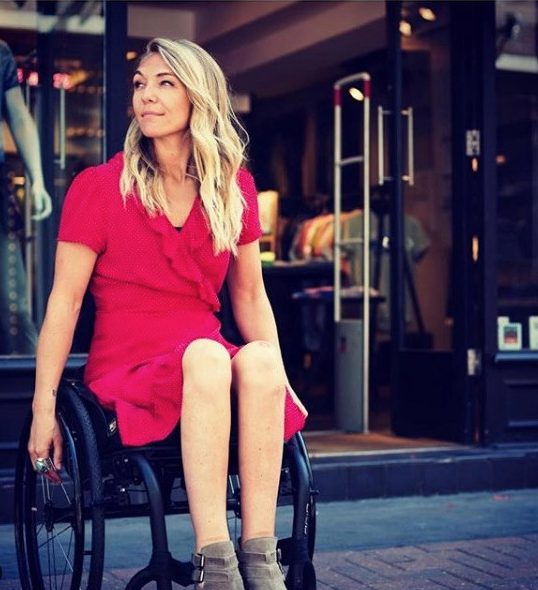 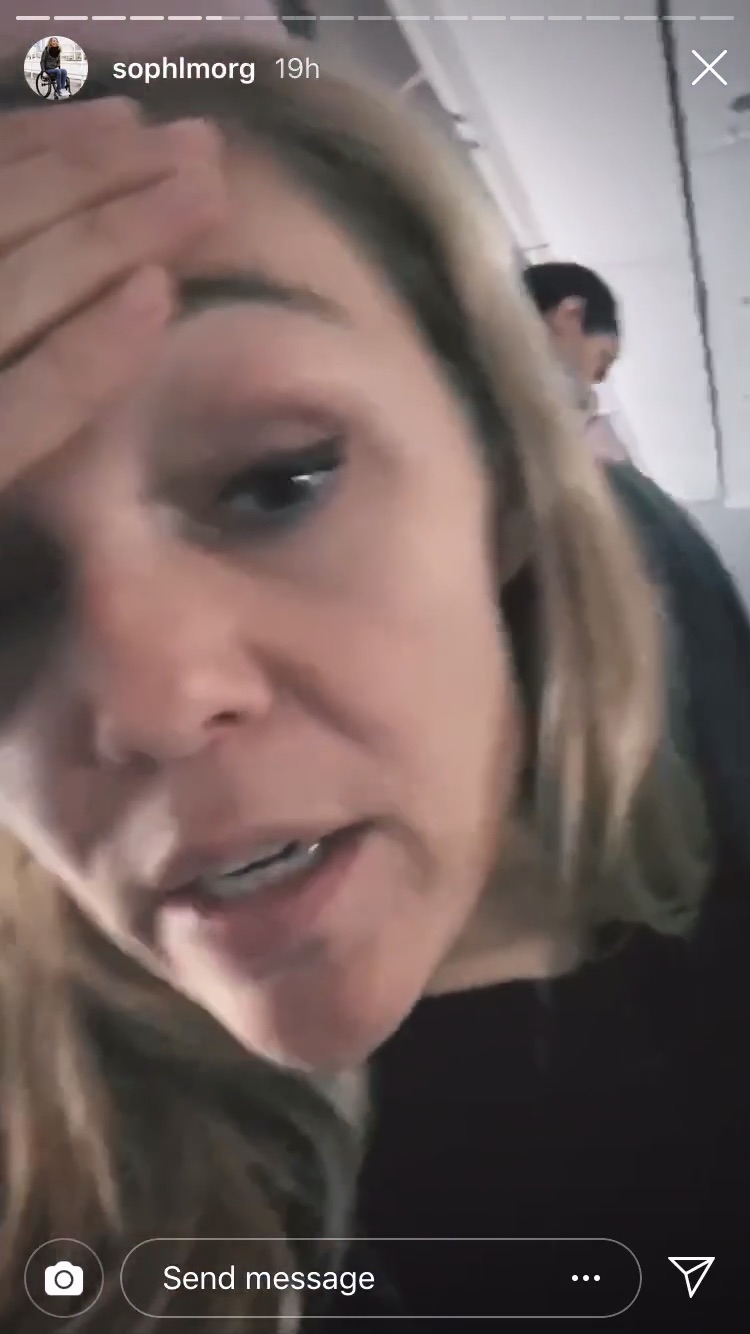 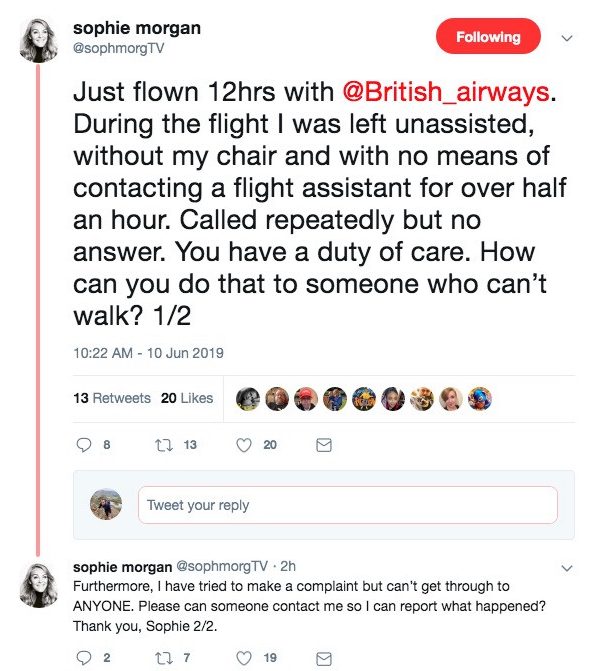 The 34-year-old says she wanted to get some water to take some pills, but no one answered the call.

Sophie claims she hurled headsets down the aisle in a desperate attempt to get the attention of a steward.

But when she did finally gain their attention, they simply told her: "Calm down."

She said: "To try to explain what it feels like to not have any means of moving — short of dragging myself along the floor — is impossible.

"It’s not OK to be treated so badly."

BA has since apologised to Sophie and launched an investigation into what happened.

Sophie — who fronted Channel 4’s Paralympics coverage in 2016 — was paralysed from the chest down in a car accident when she was 18 years old.

The TV presenter, who made shows including The World's Worst Place To Be Disabled, was flying out to the Argentinian capital to speak at the Global Disability Summit.

On Monday morning she took to Twitter to slam the airline’s service on the flight.

"During the flight I was left unassisted, without my chair and with no means of contacting a flight assistant for over half an hour.

"Called repeatedly but no answer. You have a duty of care.

"How can you do that to someone who can’t walk?"

Sophie added that she was struggling to make a complaint to BA.

She wrote: "Furthermore, I have tried to make a complaint but can’t get through to ANYONE.

"Please can someone contact me so I can report what happened?"

'THROWING HEADSETS DOWN THE AISLE'

The TV presenter added: "I was throwing headsets down the aisle to try to get someone’s attention (without waking up everyone else in the cabin)."

She then posted several videos to her Instagram stories section, saying how upset she was by the treatment.

Sophie said that when a cabin manager walked past she spoke to her rudely.

"I was quite stressed. She was like ‘calm down, you should just calm down, that’s not our fault’.

"That’s not how you talk to someone who has just been left.

"I know it’s first world problems, but you have a duty of care."

Shotputter Sam Ruddock, who competed at London 2012 and Rio 2016, responded: "‘Official airline’ of the Paralympic team, shaking my head.

"Full of empty gestures and hollow actions, when it suits the bolstering of their public image.

"Sick of this ‘you didn’t compete, so you aren’t worthy of attention’ attitude, Soph!"

A British Airways spokesman said: "We carry hundreds of thousands of customers with disabilities each year and we work hard to provide help and assistance throughout the whole journey, from the point of booking to the final arrival.

"We're sorry to hear about this experience and we're investigating what happened as a matter of urgency.

"We've apologised to the customer and we're in direct contact to try and resolve the situation."