A magistrate has allowed an alleged rape victim to be asked how many sexual partners she had, during a hearing for a man accused of attacking her and another teenager while posing as an undercover police officer 33 years ago.

Police allege Theodoros Tsalkos raped two sex workers, then aged 15 and 16, in Elwood and Balaclava after picking them up in St Kilda in a red Holden Torana on May 7, 1987. The friends began as sex workers four days earlier. 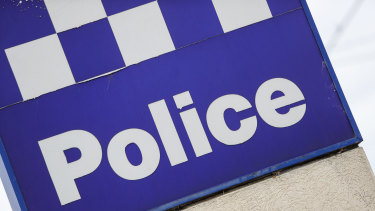 Theodoros Tsalkos has been charged with raping two teenage girls in 1987.Credit:Morgan Hancock

A police summary released by Melbourne Magistrates Court says police believe there is extremely strong evidence, based on forensic testing conducted in recent years, that DNA samples show Mr Tsalkos was the offender. Mr Tsalkos, now 59, was 25 at the time.

But the court heard on Monday that forensic officer Kate Outteridge had identified a positive DNA match from one sample to another man, who was 23 at the time. He was the "minor contributor" in that sample, she said.

Ms Outteridge told the court it was not her role to determine whether he could have been the offender, but instead to pass information on to investigating police. No details were given about a police investigation into the other man.

Testing of a piece of fabric taken from clothing worn by one of the complainants also showed the presence of DNA evidence from at least two other people, Ms Outerridge said.

Defence lawyer Martin Kozlowski earlier told the court the case against his client was "very much an identity case". He was granted permission to question one of the complainants about how many men she had sex with before the alleged rapes. The other complainant died in the years afterwards.

Strict rules are in place in sex assault court cases regarding a complainant's sexual history, but Mr Kozlowski applied to question the surviving woman about how many men she had sex with because of the relevance to the case.

"The more men she had sex with around that time, the higher the likelihood she might not remember any of these men in particular," Mr Kozlowski told magistrate Luisa Bazzani.

Ms Bazzani granted the request and ruled that the questions could be relevant, but refused the lawyer's additional application that he ask the complainant about any consensual sex she may have had with others, such as a boyfriend. The magistrate said that request was not appropriate.

The complainant gave evidence in a court closed to the public and media in keeping with all other sex assault cases in Victoria.

Police allege Mr Tsalkos enticed the girls into his car and drove to Elwood, where he told them he was an undercover police officer. He is accused of raping and assaulting the pair in Elwood and in Balaclava.

Police allege he told the girls: "I'm going to get a knife and you're going to die, I'm going to stab you." He also allegedly told them he had AIDS.

They say the girls later got out of the car in St Kilda and ran to a friend's home and called the police.

Mr Tsalkos' hearing, which will determine whether he stands trial, will continue on Tuesday. He is yet to enter a plea.