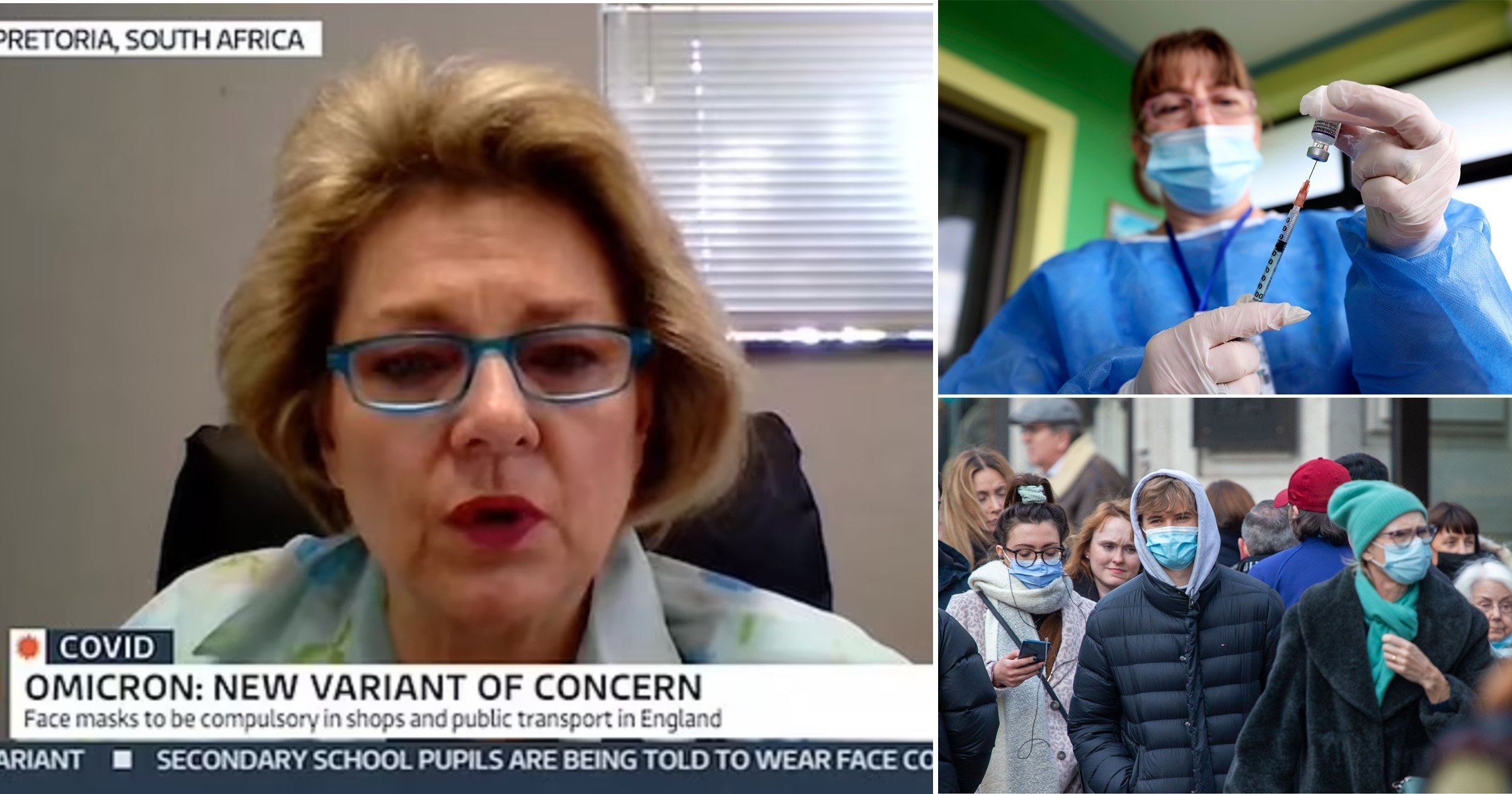 The doctor who first noticed the newest concerning strain of coronavirus has said patients with it seem to have different symptoms to those who catch earlier variants.

Omicron was first reported in South Africa on November 18 – and since then cases have been found in several countries including the UK.

There’s still a lot scientists don’t know about the new strain but it does have several mutations which has led to concerns it may be more transmissible and vaccines may be less effective against it.

Now, one of the doctors who first identified the variant after seeing patients with unusual symptoms has shared what she’s noticed about it and who may be more at risk.

Dr Angelique Coetzee, a private practitioner and chair of the South African Medical Association, told Good Morning Britain: ‘For about eight to 10 weeks we hadn’t seen any new Covid cases in our region where we are practising.

‘Then all of a sudden on November 18, I saw young men coming in with symptoms similar to a viral infection.

‘We did rapid testing, and they were positive for Covid-19.’

She said one of the first patients was a 30-year-old man, and it was ‘very unusual’ to see someone so young come into her surgery.

‘It’s very unusual to see a 30-year-old man come into the surgery, very seldom, then all of a sudden they complain about extreme fatigue for two days with body aches and a headache, very suggestive of a viral infection. Because the rest of the family also was not feeling well, I decided to test them.’

At this point she alerted South African officials telling them her practice was seeing patients with ‘symptoms not similar to Delta, much more similar to Beta and “something is wrong”‘.

Dr Coetzee, who is also on the Ministerial Advisory Committee on Vaccines, said that as in previous waves, younger people were falling ill first.

Based on the patients she had seen, Dr Coetzee suggested the main symptoms are fatigue, body aches and a headache. She said the symptoms were ‘very mild’.

Dr Coetzee said unlike the Delta variant, so far patients have not reported loss of smell or taste and there has been no major drop in oxygen levels with the new variant.

Her experience so far has been that the variant is affecting people who are 40 or younger.

Dr Coetzee has not revealed if the young people she has seen have been vaccinated or not – but she previously told Reuters almost half of those she has treated have not had been jabbed.

Only around a quarter of South Africa’s population has been double vaccinated, despite all over 18s being eligible for their two doses.

Asked if there was a pattern with Omicron patients and their vaccine status, Dr Cotezee said two fully-jabbed patients over the age of 60 years had come into the surgery over the weekend.

They had received their second dose of Pfizer in August, she said.

Dr Coetzee, has reportedly said she feels it is a shame that Omicron has been labelled ‘extremely dangerous’ as the cases she had seen suggested the symptoms were milder than other variants.

She said that she had seen 30 patients over the past 10 days who tested positive for Covid-19 and who had all fully recovered without hospitalisation.

Dr Phaahla said he has heard from GPs that the ‘majority of the people they’ve been seeing are mild’, but stressed it is ‘not proper research’.