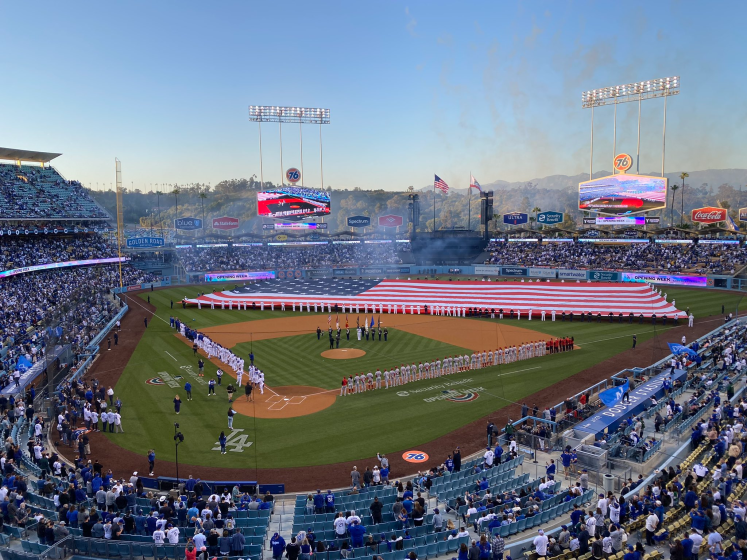 Dodger Stadium concession workers could go on strike in advance of next week’s All-Star Game, the union representing those workers said Monday.

Of the food and beverage workers at Dodger Stadium, 99% voted Sunday to authorize a strike, Unite Here spokeswoman Maria Hernandez said in a statement.

The strike could begin “at any time,” according to the statement. The Dodger Stadium All-Star festivities begin Saturday with the Futures Game, followed by the home run derby Monday and the All-Star Game on Tuesday.

The workers are employed by Chicago-based Levy Restaurants, the company responsible for concession operations at Dodger Stadium. Kevin Memolo, the spokesman for Levy Restaurants, did not immediately return a message Monday.

In the statement, the union said it represents close to 1,500 “food servers, bartenders, suite attendants, cooks and dishwashers at Dodger Stadium.”

The workers seek “a fair new union contract,” the statement said. In an interview, Hernandez said she could not provide specific demands but said the pandemic had put a stark light on the housing and healthcare disparities that workers face.

“They are the backbone of our tourism and sports industry, yet many struggle to stay housed and to make ends meet,” said Susan Minato, co-president of Unite Here Local 11. “They often live with economic uncertainty because the quality of jobs vary stadium to stadium. No worker should have to continue living like this.”

The Major League Baseball Players Assn. released a statement in support of the concession workers: “The MLBPA stands in solidarity with the Dodger Stadium concessions workers represented by UNITE HERE Local 11. Like thousands of ballpark workers across the country, Local 11’s members are a vital yet under appreciated part of what makes our game great. They deserve to be treated fairly and will continue to have the 1,200 members of the MLBPA behind them.”