DONALD Trump has been acquitted of the charges alleged during his second impeachment trial as Democrats fail to get the two-thirds majority to find him guilty of inciting an insurrection.

Trump's impeachment trial ended on Saturday after a chaotic turn of events forced the trial to an abrupt halt as Senators deliberated over allowing witness testimony. 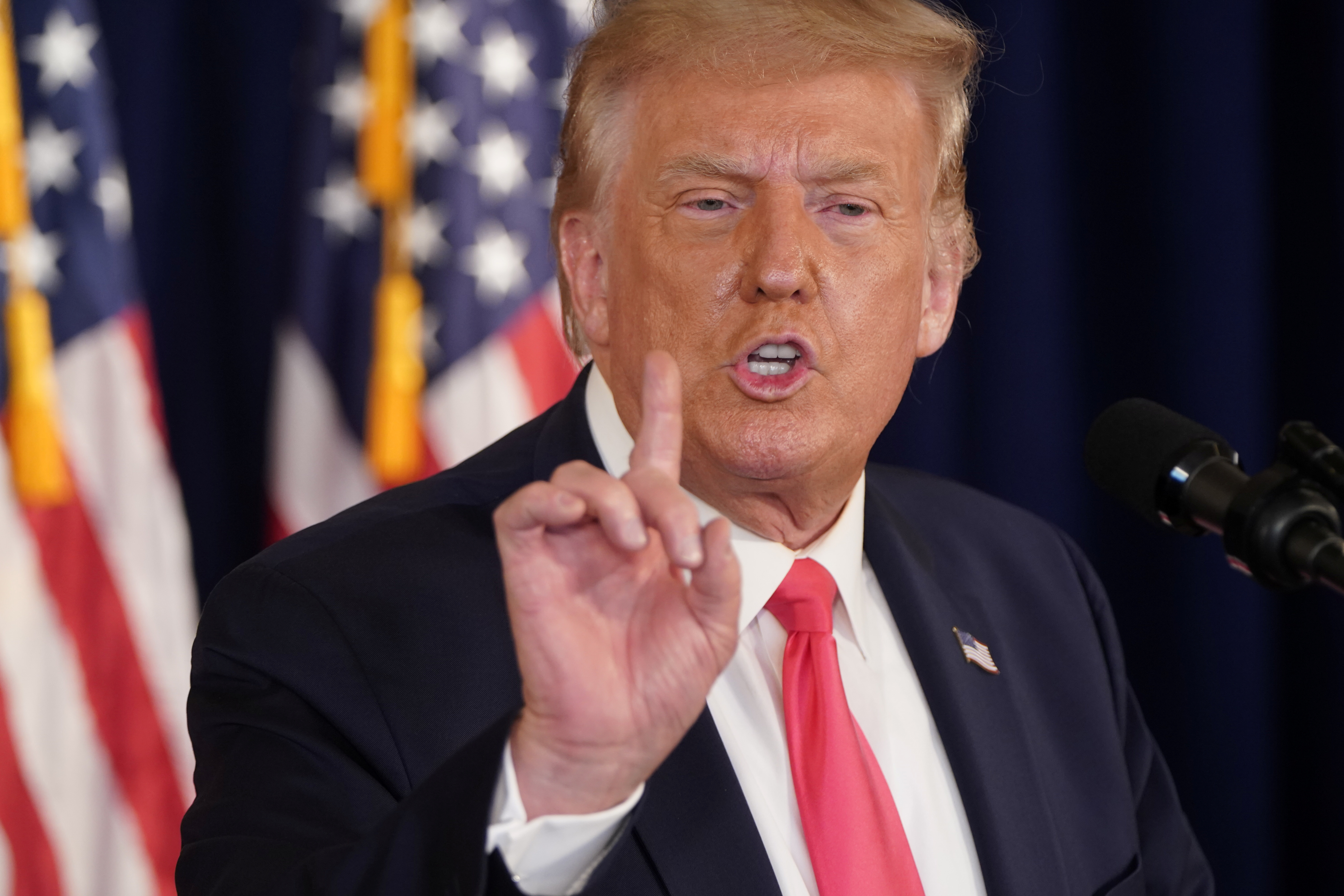 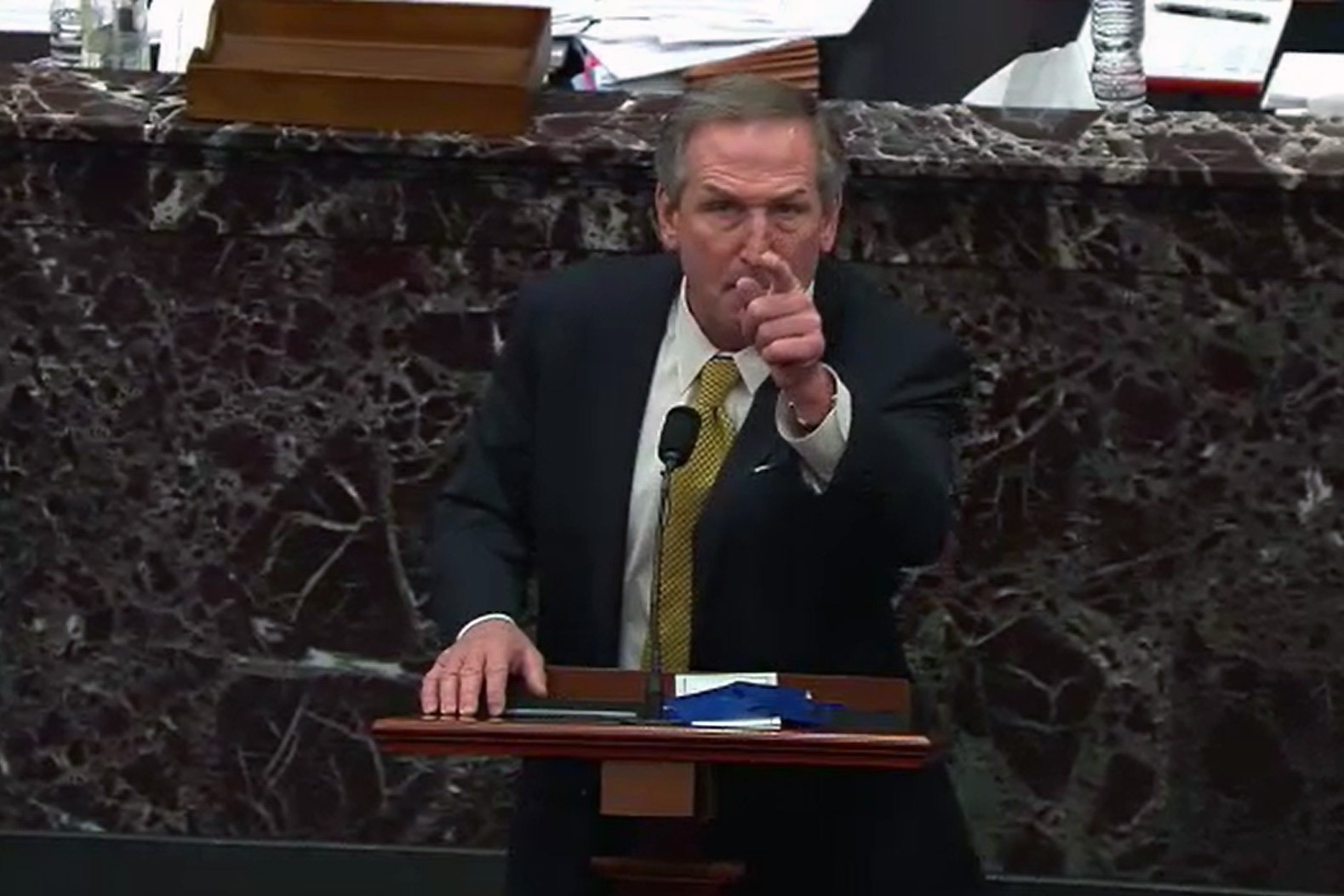 The trial resumed again over an hour later after the senators negotiated the impeachment trial's rules ahead of the legal teams' final arguments, and a vote was cast of 57 to 43, falling short of the 67 votes needed to find Trump guilty.

The seven Republican senators who sided with Democrats were Senators: Mitt Romney of Utah, Susan Collins of Maine, Lisa Murkowski of Alaska, Ben Sasse of Nebraska, Bill Cassidy of Louisiana, Richard Burr of North Carolina and Pat Toomey of Pennsylvania.

He released a statement shortly after he was acquitted, thanking his legal team and making allegations of a "witch hunt" against his presidency.

"It is a sad commentary on our times that one political party in America is given a free pass to denigrate the rule of law, defame law enforcement, cheer mobs, excuse rioters, and transform justice into a tool of political vengeance, and persecute, blacklist, cancel and suppress all people and viewpoints with whom or which they disagree," Trump said.

He added: "This has been yet another phase of the greatest witch hunt in the history of our Country.

"No president has ever gone through anything like it, and it continues because our opponents cannot forget the almost 75 million people, the highest number ever for a sitting president, who voted for us just a few months ago."

He continued, saying that the "movement to Make America has only just begun," as he made promises of a "journey" to "American greatness.

Earlier Saturday, Senate leaders were working on an agreement that would allow closing arguments from both sides and a final vote on whether Trump incited the Capitol riots.

They discussed whether to allow Republican Congresswoman Representative Jaime Herrera Beutler's testimony as a witness, or rather, her comments instead, be put into the record.

The representative is one of 10 House Republicans to vote in favor of impeachment.

She was on a call with House Minority Leader Kevin McCarthy alleging Trump had incited the insurrection after his supporters stormed the Capitol in protest of the election results.

However, just before 11AM on Saturday, the Senate came to an abrupt halt as Senators, confused as to the rules they themselves laid out before the trial, needed to check with legal experts as how to carry forward.

The senators were last seen huddled on the chamber floor speaking with clerks at the dais. Rules are negotiated at the beginning of each impeachment trial.

The rules set at the beginning of Trump's second trial demand if senators agree to hear witnesses, it would allow votes to hear additional testimony. 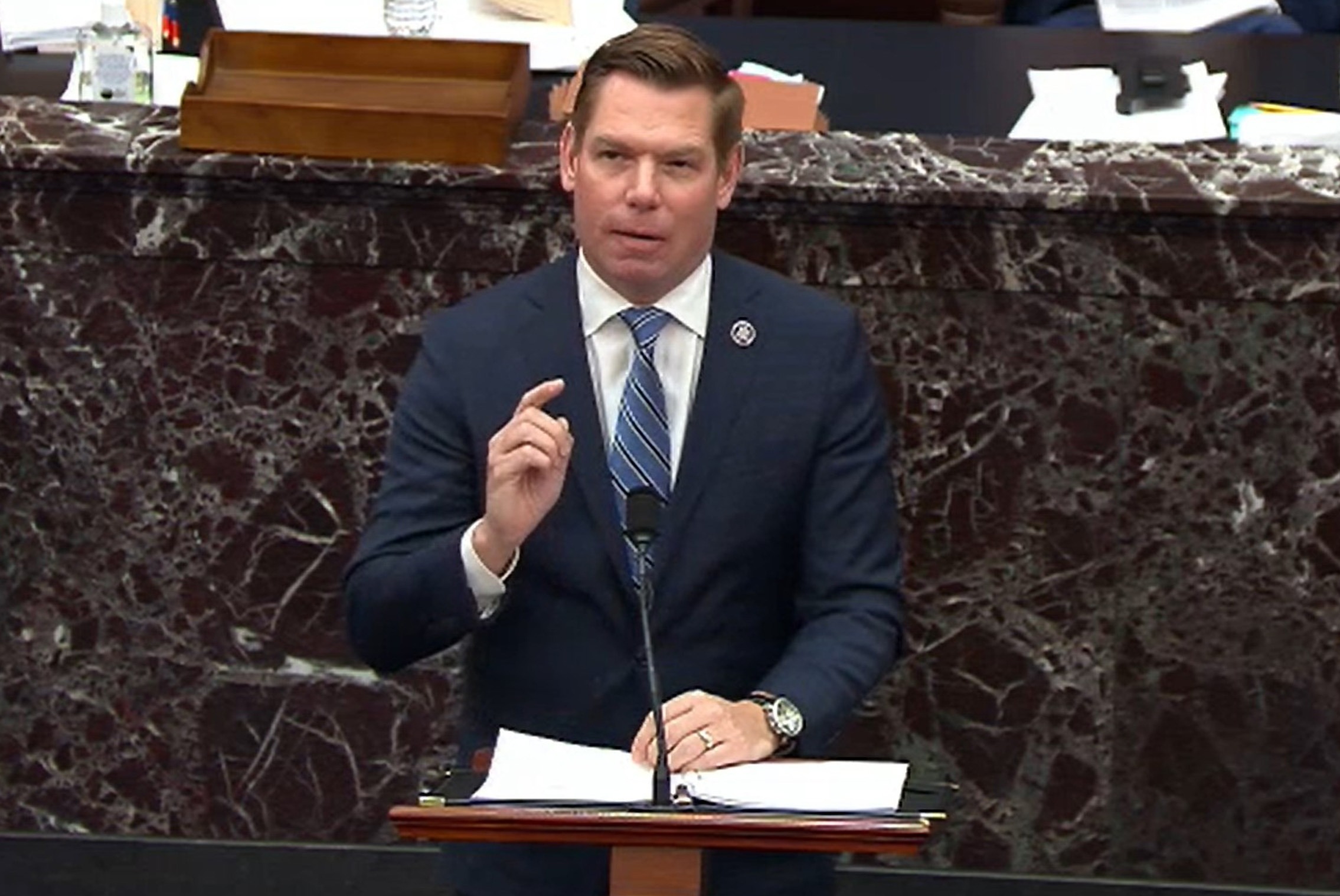 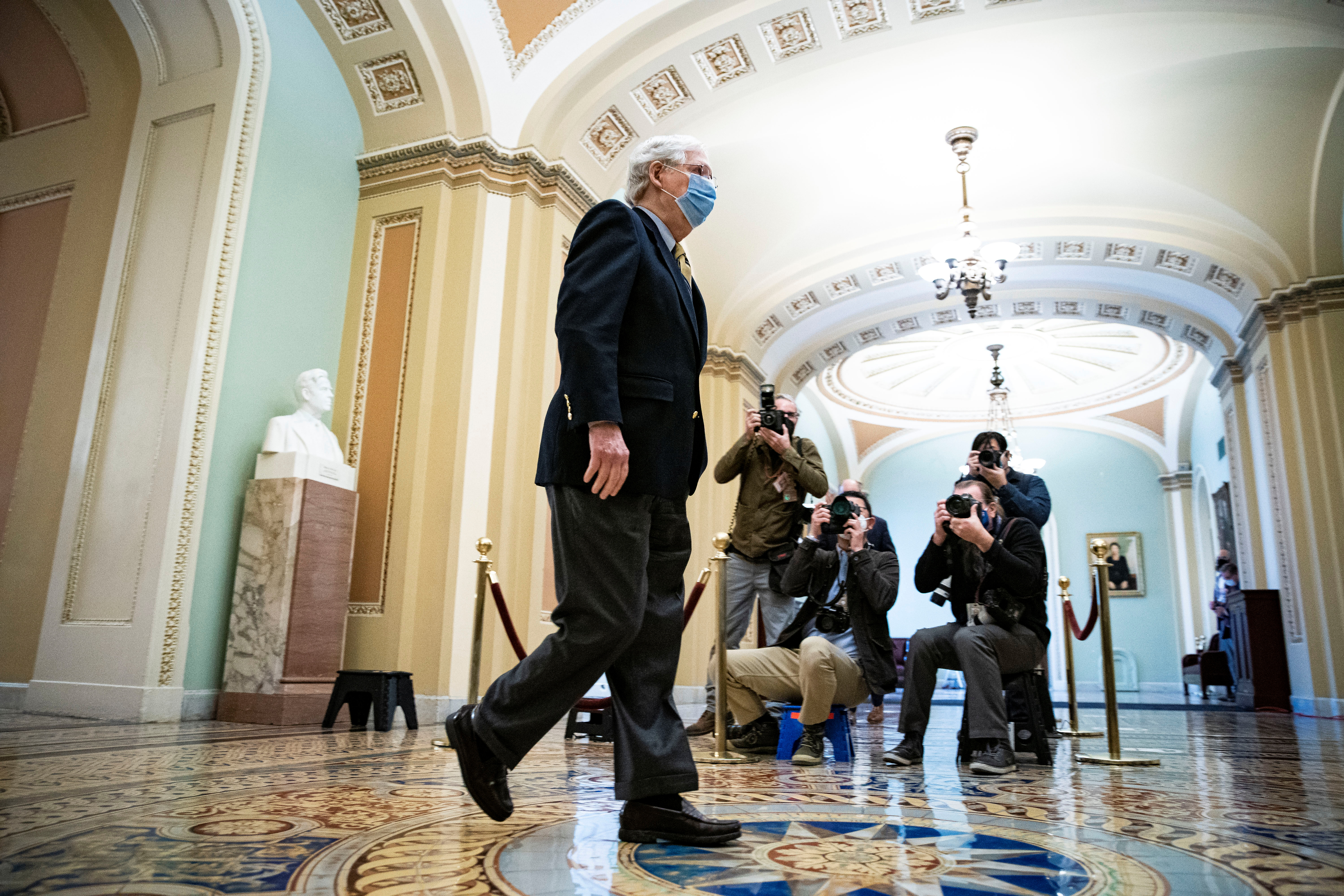 Trump’s attorney Michael van der Veen said the measure to call for witness testimony was unnecessary as he would call 100 witnesses.

Van der Veen's request was met with laughter after he mispronounced "Philadelphia" with the beginning "Philly." He was not a fan. "There’s nothing laughable here," he said.

At least 17 Republicans in the 100-seat chamber had to have join all 50 Democrats to find the former president guilty. Only seven did.

Ahead of the vote to convict, just six Republicans voted with Democrats to move forward with the trial.

They rejected an argument made by other Republican Senators that the Constitution does not allow Congress to impeach a president who has already left office. 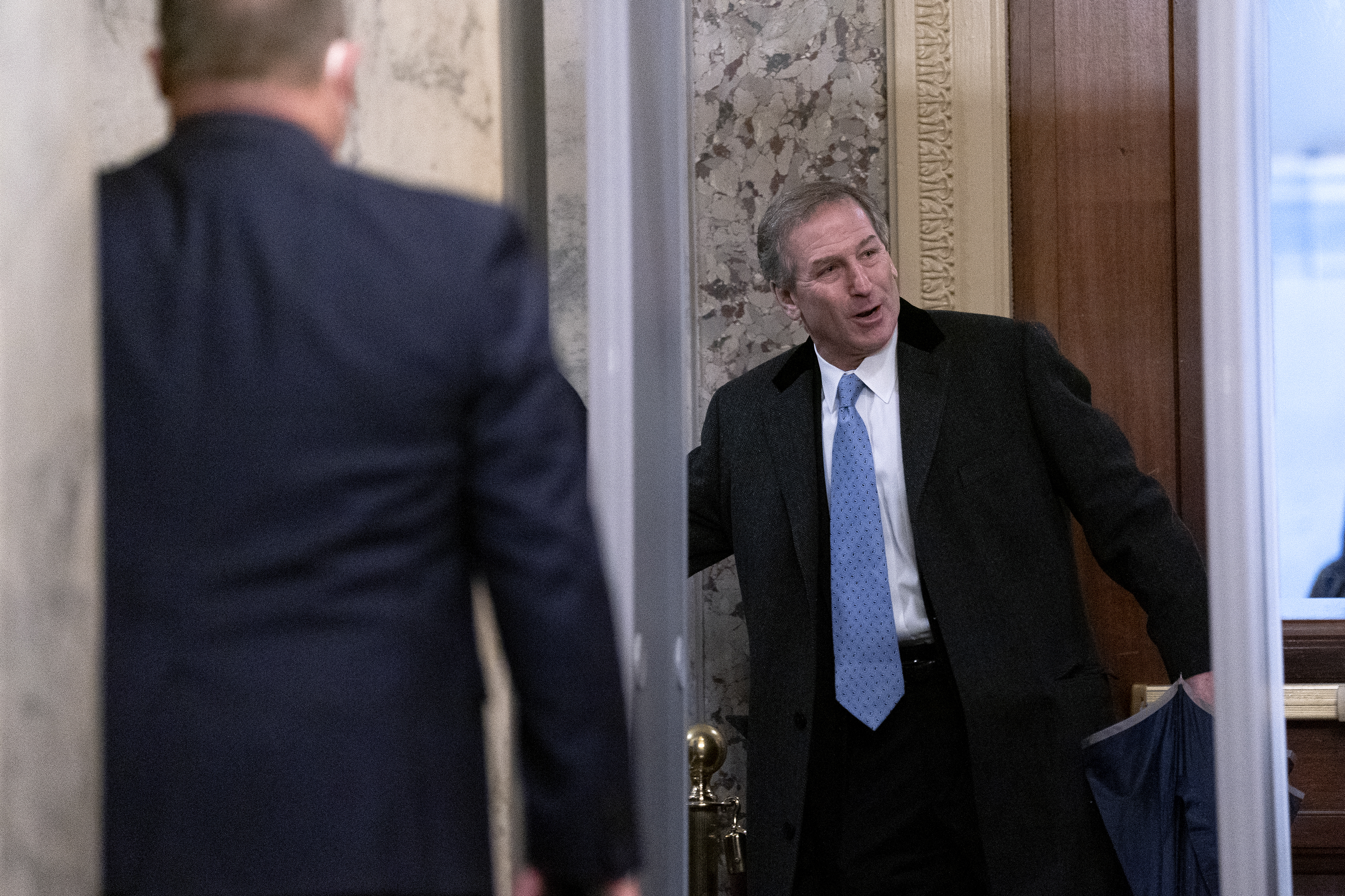 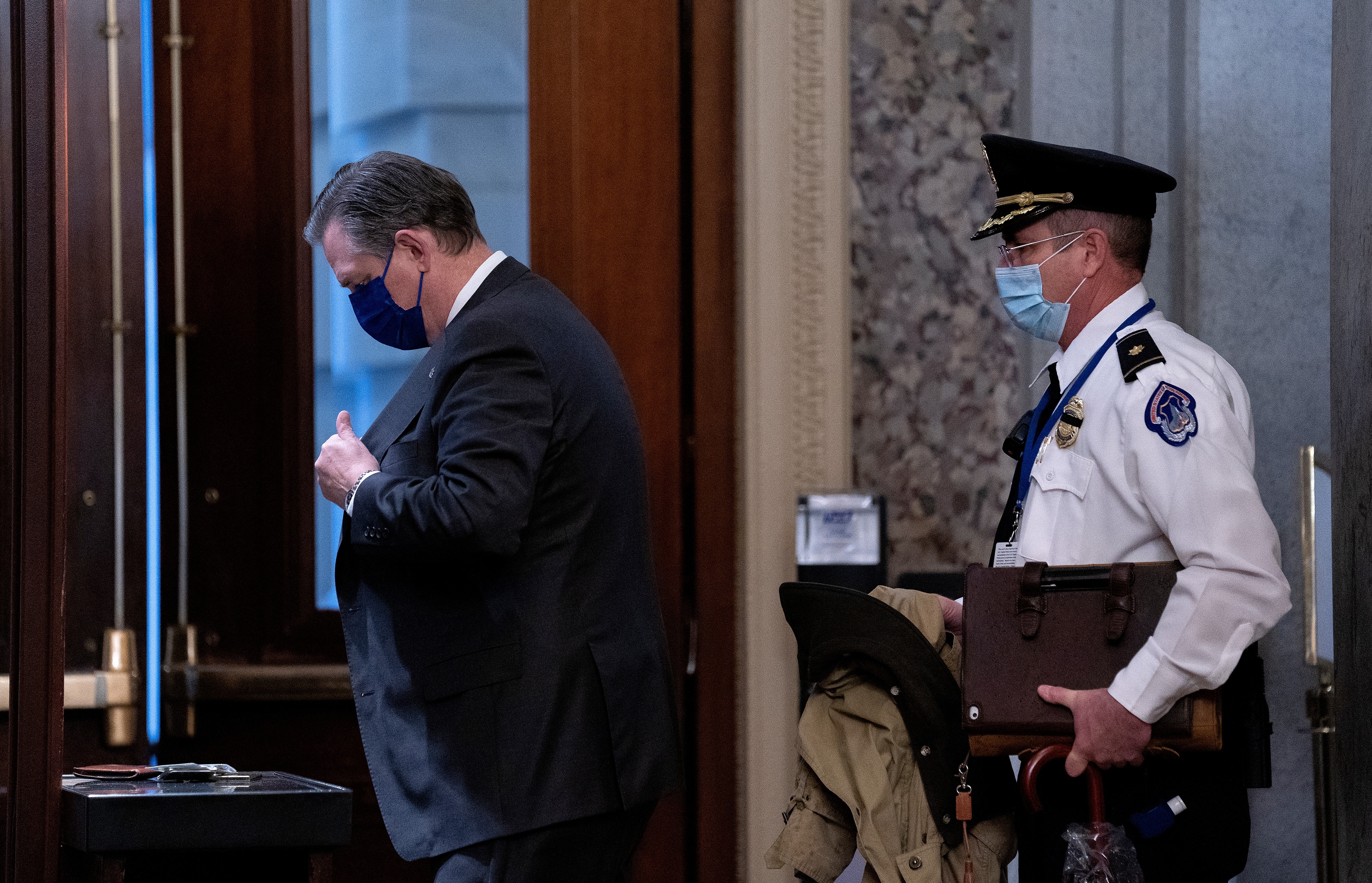 Trump's lawyers tried to make two arguments to dispel the idea that the former president was behind the Capitol riots.

Van der Veen suggested that Trump using the phrase "peaceful and patriotic" to describe the riots during his speech at his "Stop the Steal" rally was proof he had told his supporters not to engage in violence.

Another of his lawyers played clips of Democratic politicians also using the word "fight" during speeches to defend Trump's use of the word.

Van Der Veen blamed the Dems for inciting violence, with the help of a "dangerous, inflammatory rhetoric."

He also denounced the impeachment as a part a "constitutional cancel culture."

"History will record this shameful effort as a deliberate attempt by the Democrat Party to smear, sensor and cancel, not just President Trump – but the 75million who voted for him," Van Der Veen added.

Trump's defense claim the events on January 6 were an isolated incident.

Yesterday, despite the 16 hours allotted for Trump's defense team to speak, they only used a total of two hours and 32 minutes.

The defense team arrived prepared to argue that the meaning of the former president's words have been misrepresented.

Before letting the montage of Dems play, Van Der Veen questioned: "Suddenly the word 'fight' is off limits?"

One clip showed now-President Biden saying "the vast majority of protests remained peaceful" – and moments later a clip of a fiery BLM protest from 2020 was played.

Vice-President Kamala Harris was also spotted in the video montage saying: "We like a good fight."

Senate Majority Leader Chuck Schumer was also seen in one of the videos played, speaking to the Supreme Court.

In the footage, Schumer told Justices Neil Gorsuch and Brett Kavanaugh they will "pay the price" after "unleashing a whirlwind."

"I don't respect this president," Waters is seen saying in one video. "And I will fight every day until he is impeached."

Another video showed Waters yelling: "I continue to say impeach him! Impeach 45!"

Elizabeth Warren was shown in a video from a Woman's March in 2017 saying: "We fight harder, we fight tougher, and we fight more passionately than ever."

An MSNBC news clip was also included in the montage – with Warren urging: "Or you can stand your ground and fight back. And that's what its about.

"We are not turning this country over to what Donald Trump has sold. We stand up and we fight back. 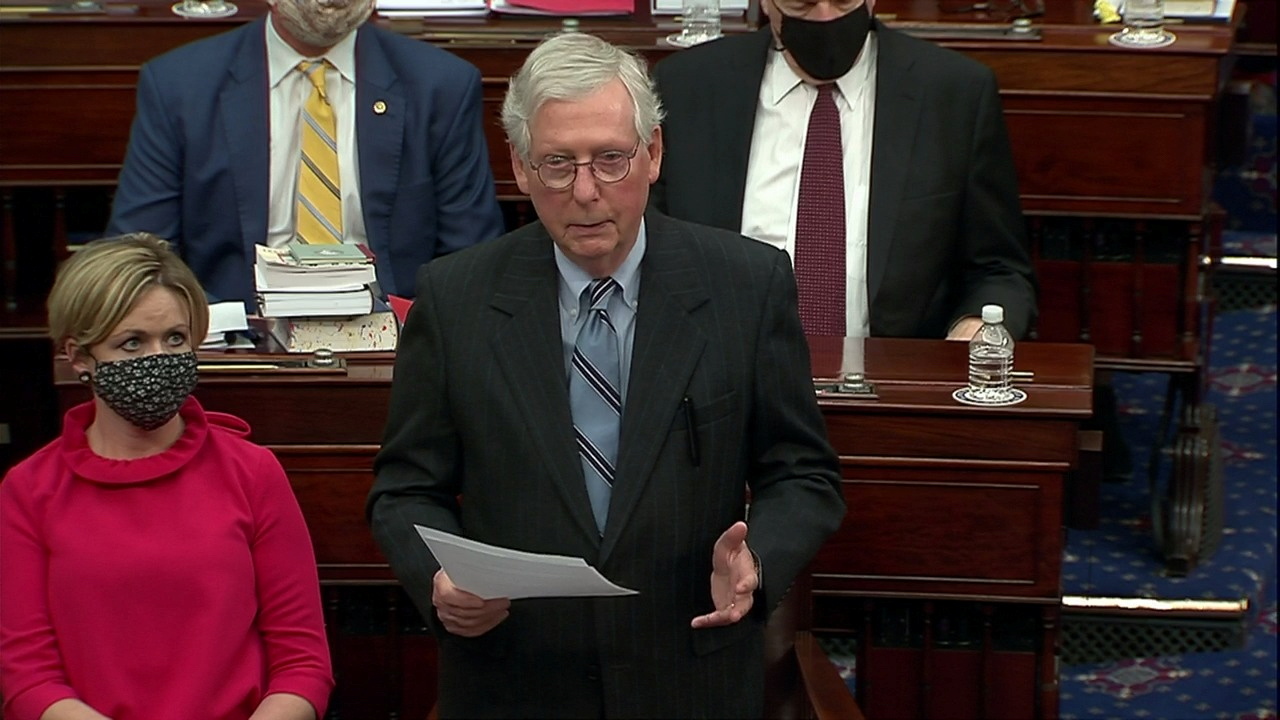 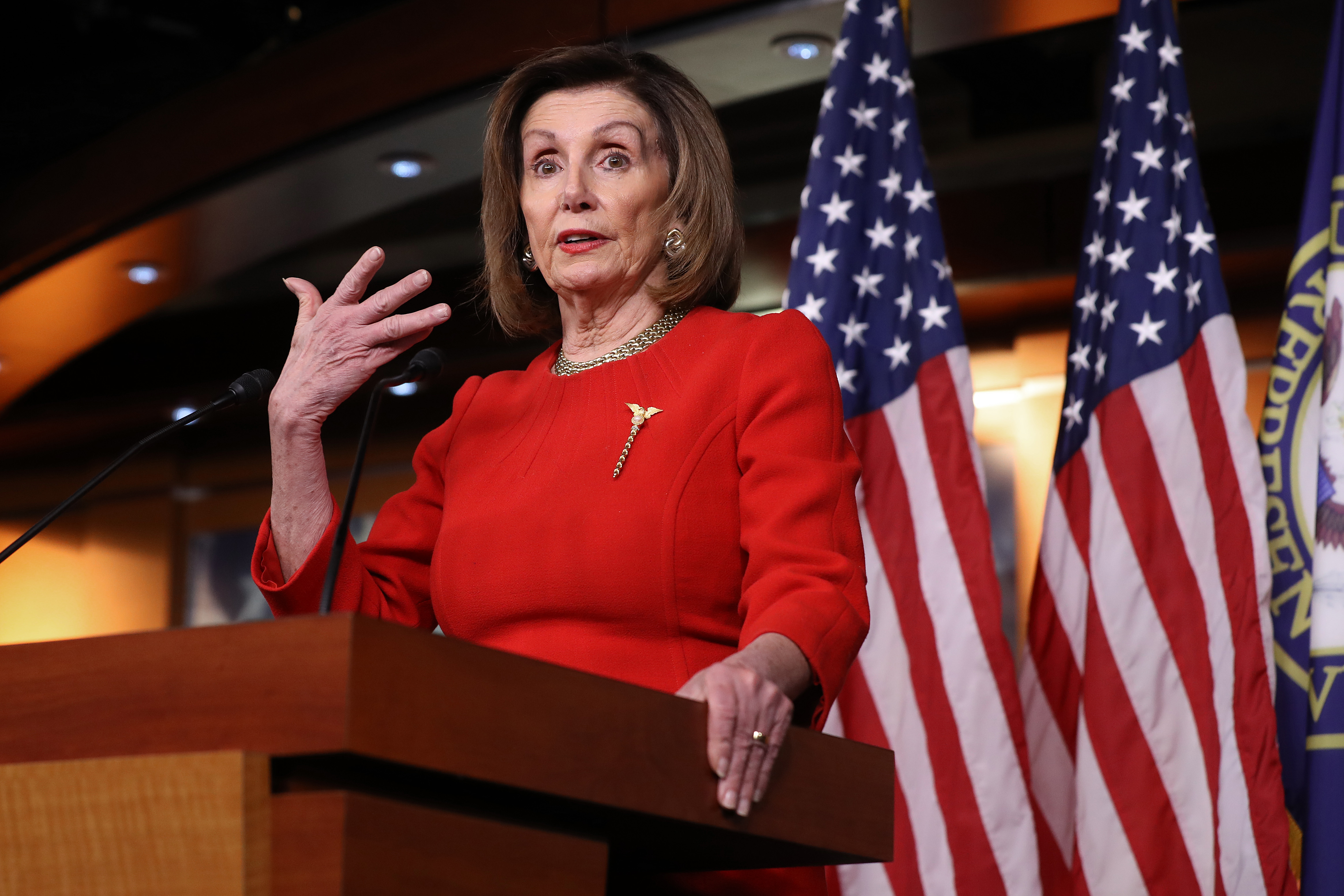 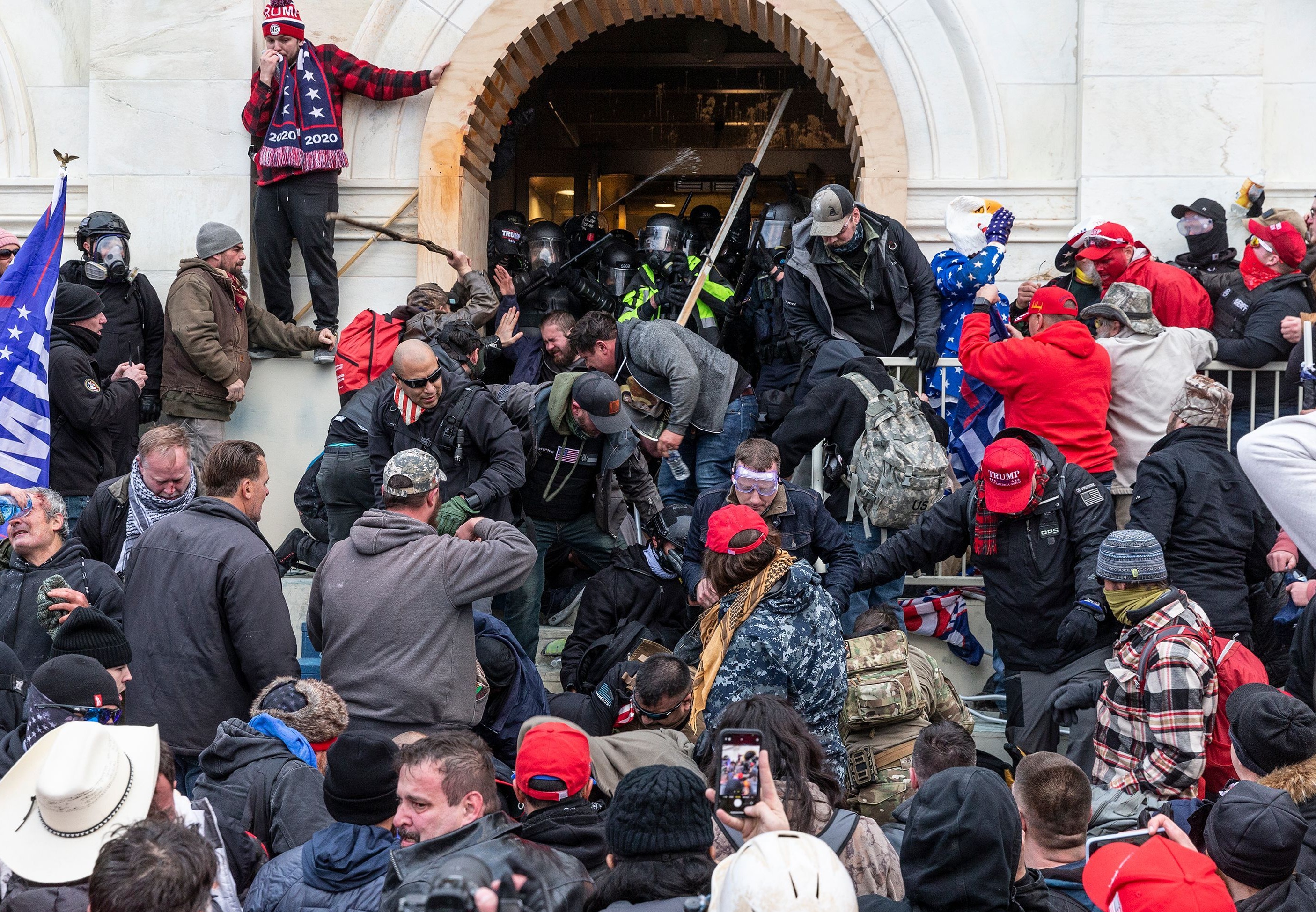 END_OF_DOCUMENT_TOKEN_TO_BE_REPLACED

TV Roles That Shouldn’t Have Been Played By Child Actors

It’s pretty common in Hollywood for an actor to play someone much younger than their actual age. Teen Vogue noted that this is especially true for teenage characters, who are often played by people in their 20s. This can often be a bit unrealistic when the actors are clearly older than

END_OF_DOCUMENT_TOKEN_TO_BE_REPLACED

Gotti family tree: From John Gotti and Peter to Victoria and Carmine, here's who’s who in the Gambino crime family

THE Gambino crime family were one of the five families that were in charge of organized crime all around New York City since the 1910’s. Italian boss John Gotti began leading the mob in 1985 after allegedly organizing the murder of the previous boss, Paul Castellano. John Gotti John Joseph