Drink-drive student, 20, is jailed for five years after killing husband and wife, 55 and 48, when he smashed into them at 112mph on wrong side of road

A drink-driver has been jailed after killing a couple in a horror crash – while doing 112mph.

Benjamin Bosden, 20, caused the deaths of David Evans, 55, and his wife Linda, 48, after driving on the wrong side of a 60mph road at double the drink-drive limit.

His 18-year-old girlfriend passenger also suffered life-threatening injuries in the crash at A267 at Cross-In-Hand, East Sussex.

The local couple died instantly when his high-powered car smashed into their Ford Ranger at about 11.30pm on September 9 2017. 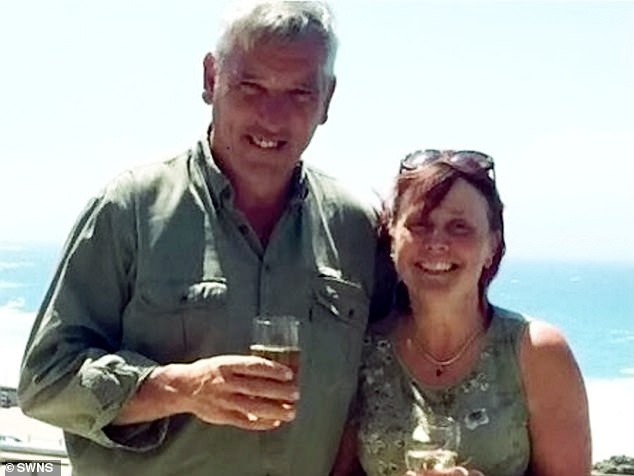 David Evans, 55, and his wife Linda, 48, were killed instantly when the drink drivers car smashed into theirs

Bosden was driving a Mini Countryman, John Cooper Works model, northbound when he crossed into the southbound carriageway and smashed into a Ford Ranger.

The speedometer on the Mini was found stuck at 112mph and the scene was described by those who came across it as ‘something out of a war zone or off of the TV.’

The Ford was stopped in its tracks and pushed backwards off the road killing the couple, who were described by friends and relatives as ‘a shining example of a fun-loving couple with a zest for life.’

In a statement, the Evans family said: ‘The irresponsible and thoughtless actions of one young man have caused the death of two people. 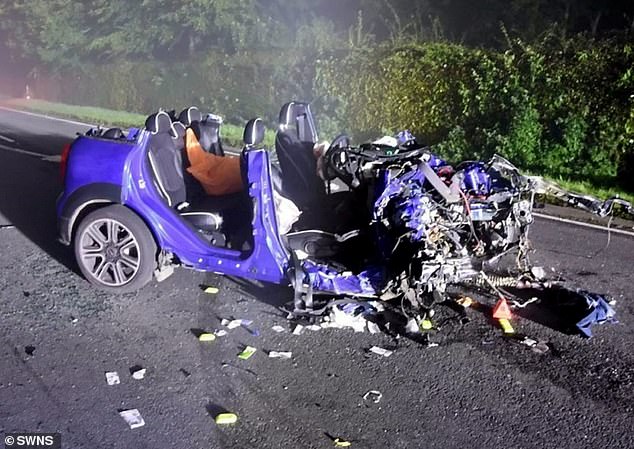 The destroyed Mini Countryman, John Cooper Works model, driven by Benjamin Bosden, 20, who killed a couple in a 112mph head-on crash. His girlfriend, 18, was also in the car and suffered life threatening injuries

‘This has led to the immeasurable, intense and wide-ranging grief and feelings of devastation in the lives of so many family members and friends. These lives can never be the same.’

Sentencing him to five years at Lewes Crown Court, Judge Christine Laing QC, said: ‘You drove at a frankly ludicrous speed for the conditions and alcohol played a significant part. 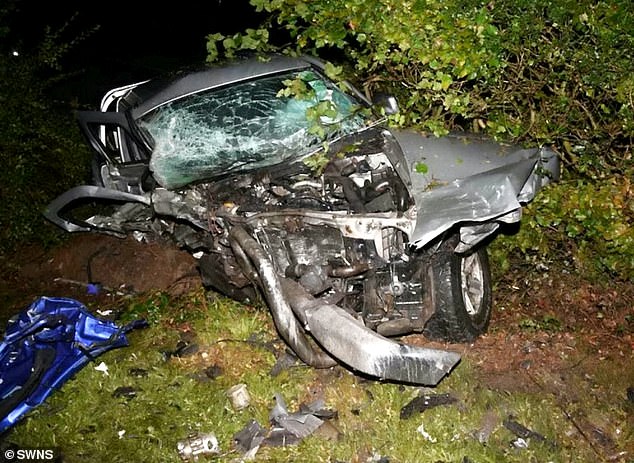 The destroyed Ford Ranger driven by David Evans, 55, and his wife Linda, 48, who died instantly when Bosden’s high-powered car smashed into them

After the sentencing PC Shirley Ross, of Sussex Police’s Serious Collision Investigation Unit, said: ‘This collision was another tragic case where lives were needlessly lost and others devastated.

‘Bosden’s decision that day to get behind the wheel of a high powered car and to drive in the reckless manner that he did, having consumed alcohol, was nothing short of dangerous.

‘This case is another stark warning to all drivers, particularly those in this young age bracket, of the devastating consequences of exceeding speed limits and driving whilst under the influence of alcohol.

‘Our advice is simple – drink or drive; never both.’

A photo of Bosden is not available due to him being summoned and not formally arrested before trial.