Harrowing moment terrified man flees NAKED along street to escape torture ordeal – after ‘cuckooing’ dealer, 32, who set up drug den in his home took ‘merciless’ revenge for being reported to police – as he’s jailed for eight years

A thug has been jailed for eight and a half years for abducting and torturing a man who was forced to run naked and covered in blood into the street to escape.

Michael Kavanagh, 32, subjected his victim to a ‘merciless and vengeful ordeal’ after he complained to cops about the ‘cuckooing’ dealer taking over his home as a drugs’ den.

The terrified man smashed a window and fled while clutching his badly injured hand, with only a doormat to cover his private parts – yelling to bystanders that he had been kidnapped. 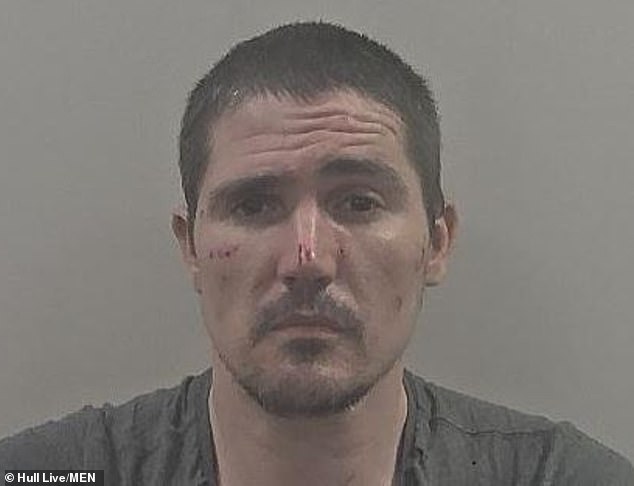 Michael Kavanagh, 32, subjected his victim to a ‘merciless and vengeful ordeal’ after he complained to cops about the bully taking over his home as a drugs’ den 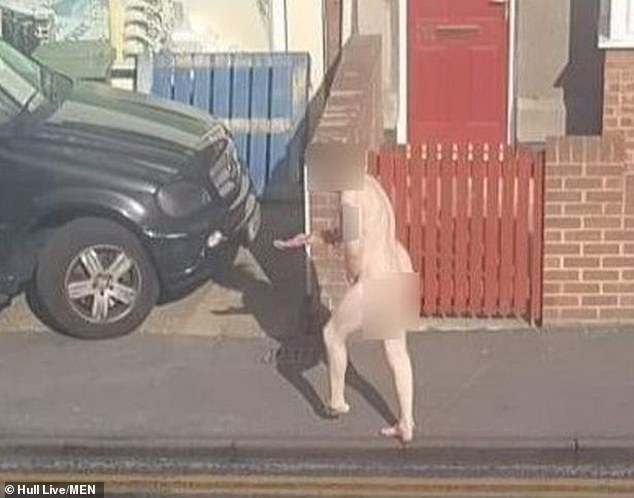 The terrified man smashed a window and fled while clutching his badly injured hand, with only a doormat to cover his private parts – yelling to bystanders that he had been kidnapped

Police believe more than 1,000 county line gangs are operating in Britain, extending to all the country’s 43 police forces.

Gangs offer free drugs to some people in a process known as ‘cuckooing’, where dealers eventually take control of vulnerable addicts’ homes.

In Yorkshire towns, boys as young as 13 have been found to be acting as ‘watchers’ at homes that have been taken over.

Kavanagh and his girlfriend Emma Thompson had moved themselves into the man’s flat in Cleethorpes, North East Lincolnshire, after stealing his keys in a process called ‘cuckooing’.

He was left to walk the streets and complained to Humberside Police, who changed the locks while the couple were out.

When Kavanagh returned on September 12 last year he flew into rage and forced his way in, Hull Crown Court heard.

Prosecutor Amanda Johnson said: ‘He found the victim hiding in the kitchen and Kavanagh then viciously assaulted him.

‘He kicked him to the face and punched him three or four times. He grabbed him by the back of the head then banged his face on the floor.

‘He picked him up by the scruff of the neck and frogmarched him out of the flat and into a Vauxhall car.’

The court heard Kavanagh, Thompson – who has since had charges against her dropped – and a Gary Martin, who has since died, then took the man to a house in Convamore Road, Grimsby.

Kavanagh forced the man upstairs, told him to strip naked, and then struck him around the head with a lamp, telling him he would stay there ‘until he got back the money he was owed’. 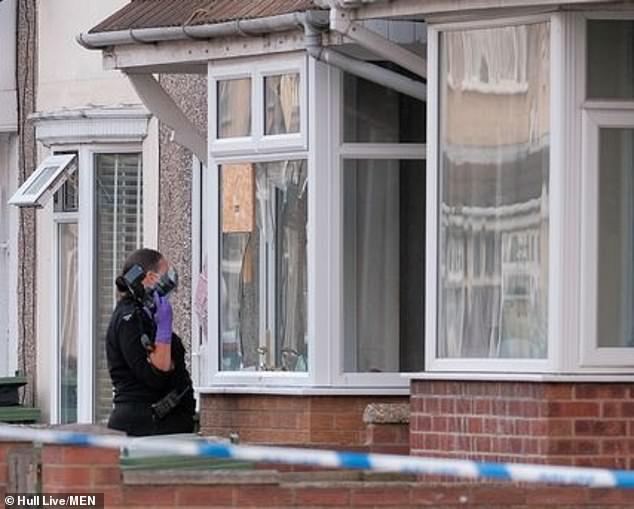 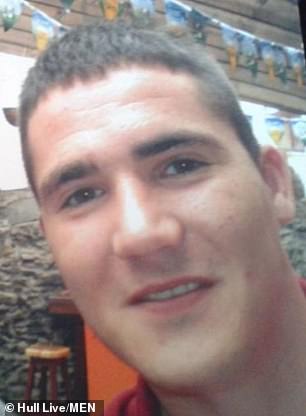 Michael Kavanagh, 32, has been jailed for eight and a half years

When the others left the house to buy drugs, their victim seized the opportunity to escape. Ms Johnson continued: ‘He looked out of the window and saw the car had gone.

‘He went downstairs. He was under the impression the door was locked. There was a key in the door but whatever the position, in the state he was in, he perceived that he had been locked in.’

The man found a bike frame, threw it through the downstairs window and climbed out, severely cutting his arms, legs and feet.

Ms Johnson added: ‘He ran to a nearby shop and asked the shopkeeper to call an ambulance and the police and lock the shop door behind him.’

In a victim personal statement, the man told how he has had to regularly visit the plastic surgery department at a hospital in Hull.

An eyewitness said at the time of the incident: ‘I was sat at home about 4pm and heard a massive crash.

‘I looked out and saw an oldish white bloke had gone crashing through the big window and there was glass all over the front garden. 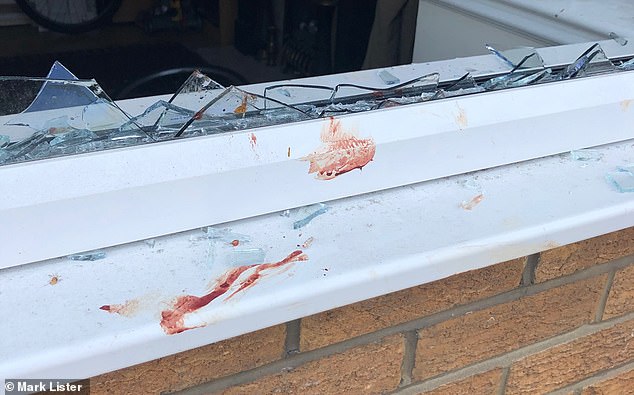 An eyewitness said: ‘The man was completely naked, he had long scruffy hair and blood was gushing from his right arm’ 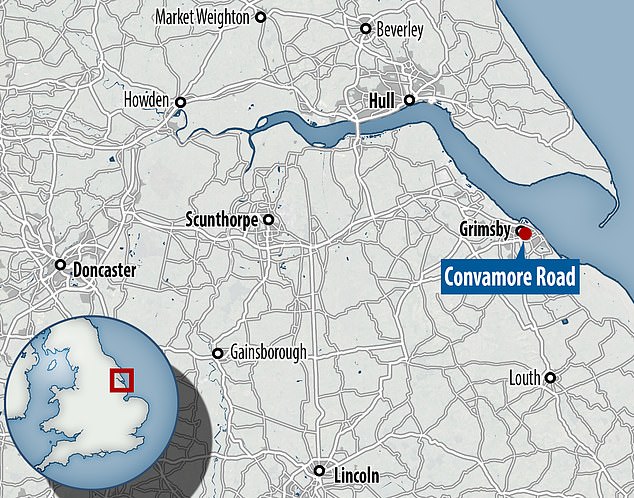 ‘The man was completely naked, he had long scruffy hair and blood was gushing from his right arm.

‘He was shouting ”someone help me I have been kidnapped”.

‘He then ran to the shop and asked for help. Apparently the shopkeeper, who has closed today because of what happened, said he was calm and waited until police came.

‘He used the doormat to cover up his bits and pieces.’

Jailing him, Judge David Tremberg told him: ‘You targeted the complainant in a merciless, vengeful ordeal. It will have left him with physical and emotional harm, but it didn’t end there.

‘It is clear that the complainant was intimidated to be at your mercy to do as you wanted. He was so fearful that he broke a window at the premises to get out.’