Ministers faced renewed demands to support the travel industry yesterday amid plans to mothball airports for a month.

England’s looming lockdown includes a ban on foreign holidays and staycations – described as a ‘hammer blow’ to an already hard-hit sector.

Charlie Cornish, the boss of Manchester, Stansted and East Midlands airports, said: ‘Tens of thousands of jobs have already been lost… as a result of the situation we find ourselves in.

Much of this could have been avoided had the Government followed through on its promise of a targeted support package for our sector.’ 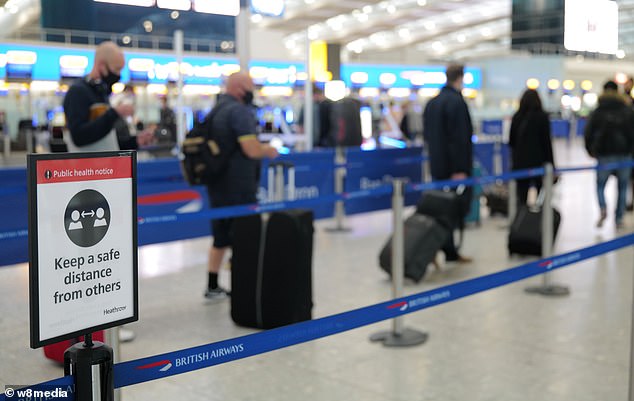 Industry figures have called for a string of measures, including the abolition of their business rates and air passenger duty.

Mr Cornish warned that, following the announcement of a second lockdown, airports and airlines ‘need to decide quickly what they must do to secure their future until the situation improves’.

Bosses are considering plans to shut some regional airports for the full four weeks.

‘We’ve been told to trust the science throughout this pandemic,’ Mr Cornish said.

‘But none of these decisions – including the latest hammer blow delivered over the weekend – appear to have a clear scientific rationale.’

Britain’s airports and airlines need urgent support to survive the ‘very bleak future’ posed by a new lockdown in England, warned the boss of one of the country’s biggest airport groups.

Very low levels of travel in recent months have put airlines and airports under renewed financial strain after they were effectively shut during Britain’s first lockdown, and they now face another month without income during its second.

He said the new lockdown for England, due to start on Thursday and which bans international leisure travel, will make parts of the aviation sector unsustainable.

Before the pandemic, Britain had a thriving aviation sector.

Air transport and related supply chain activity plus tourist arrivals supported 1.6 million jobs and accounted for 4.5% of UK GDP according to an IATA study. 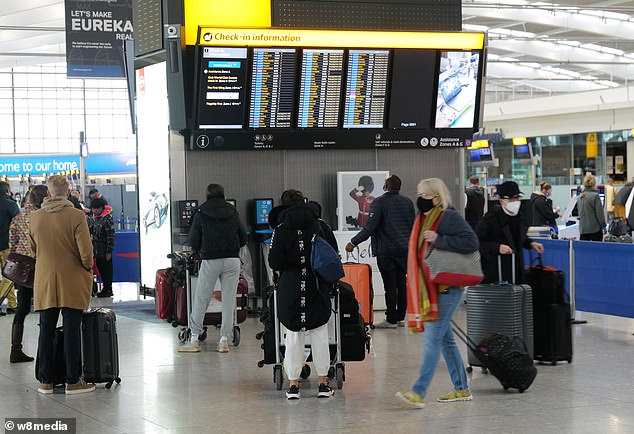 But more than 20,000 jobs have now been lost at UK airlines like British Airways and easyJet, and Heathrow, once the busiest airport in Europe, has lost its crown to Paris.

Industry executives blame the UK government’s 14-day quarantine rules, and the comparatively slow adoption of allowing testing to replace the need for isolation, for exacerbating the pain.

Industry bodies Airlines UK and the Airport Operators Association called on the government to bring in business rates relief for airports, waive the air passenger duty tax, and quickly bring in a testing regime to save jobs.

On top of job support schemes, Britain has provided extra help to train and bus operators and the hospitality sector during the crisis, but aviation has been ignored say bosses, despite promises made by the finance minister in March.

‘Government has neglected UK aviation and the role it plays in our economy from day one of this pandemic,’ said Cornish, whose MAG owns Manchester, London Stansted and East Midlands airports.

France and Germany have both provided state-backed rescue packages to help Air France-KLM and Lufthansa survive the crisis.

END_OF_DOCUMENT_TOKEN_TO_BE_REPLACED

END_OF_DOCUMENT_TOKEN_TO_BE_REPLACED
Recent Posts
We and our partners use cookies on this site to improve our service, perform analytics, personalize advertising, measure advertising performance, and remember website preferences.Ok