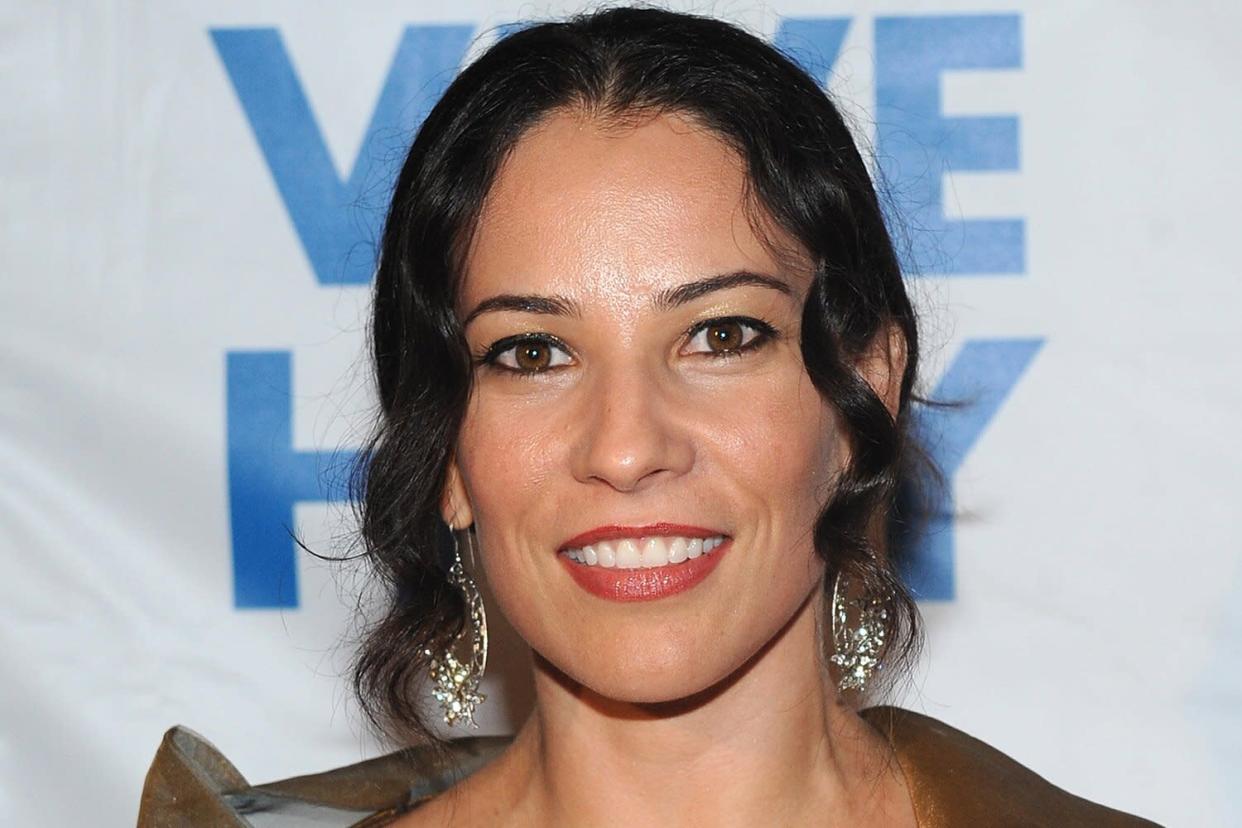 Actress Jossara Jinaro has died after battling cancer. She was 48.

Jinaro, who appeared in television shows like ER and Passions, died on Wednesday, her husband Matt Bogado shared via Facebook.

"With great sorrow, I announce the passing of my wife, Jossara Jinaro on this date, April 27, 2022," he captioned a photo of him and Jinaro smiling with their two children.

He added, "Jossara bravely fought cancer and came home to be surrounded by family."

"Jossara was an amazing wife, mother, artist, and friend. She had the most beautiful, kind soul and wouldn't take no for an answer," Bogado continued. "Even in her last moments, she was still fighting."

He went on to say she is "now resting in peace and will be remembered forever."

"Myself, Liam, and Emrys will miss her so deeply, although we know she is in our hearts and guiding us every step of the way," he wrote.

Bogado shared that information on a public memorial in the Bay Area will be announced at a later date.

Jinaro was born in Rio de Janeiro, Brazil, and was raised in Colombia, per Deadline. She moved to the U.S. with her family after her stepfather, a diplomat who adopted her, was held hostage. The actress ventured out on her own when she was 16, moving to Chicago and finding an agent. As she began to perform, she caught the attention of a different agent who told her she should move to Los Angeles, according to the outlet. There, she began working with Columbia Tri-Star and starred as Virginia Bustos in the Viva Vegas series.

During her career, she also appeared in popular shows like Judging Amy, ER and Passions, which garnered her a GLAAD nomination in 2006, per the outlet.

Her other credits include 2005's Havoc, which also starred Anne Hathaway, and World Trade Center in 2006 alongside Maggie Gyllenhaal.

After stepping behind the camera to produce short films, she joined the film festival sector and gained acceptance into Panavision's filmmaker program. Her performance in Desert Road Kill also landed her the best supporting actress award at The Los Angeles Reel Film Festival in 2012 and the best actress award at The Scarlet Waters Film Festival that same year, per IMDB.

Jinaro's most recent roles were as Dulce in Nancy Hernandez & The Black Widows, which premiered last year, and Marina del Rey in 10 Tricks, which is currently in post-production.