Home » Europe’s sleeper trains wake up to a new era

Europe’s sleeper trains wake up to a new era

London: In their heyday, hundreds of sleeper trains rattled across Europe and infiltrated popular culture along the way.

In TS Elliot’s Skimbleshanks the Railway Cat, Skimble saunters into view just after the train is due to depart London for Glasgow at 20 minutes to midnight. Alfred Hitchcock’s 1938 thriller The Lady Vanishes is set on a night train crossing the Continent. So is Agatha’s Christie’s Murder on the Orient Express. And James Bond gets into a spot of bother on board the same train in From Russia With Love.

But the rise of high-speed rail and budget airlines derailed sleeper carriages in the 1980s and 1990s, and governments across western Europe slowly wound back services. 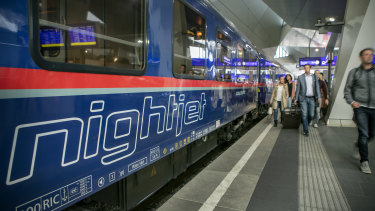 An ÖBB Nightjet train ready to depart from Vienna. Credit:ÖBB

In 2014, German rail service Deutsche Bahn sounded the industry’s death knell by shutting down night trains between Paris and Munich, Berlin and Hamburg. Another big blow was when France axed a raft of remaining routes around the country in 2016.

Just five years later, though, overnight travel is on the cusp of a renaissance driven by the coronavirus pandemic, environmentally aware travellers and poor customer service on cut-price airlines.

“When budget airlines turned up it completely transformed the market. But we’ve got a few things happening now. People tell me they are fed up with the airline and airport experience, and want to cut their carbon footprint.” 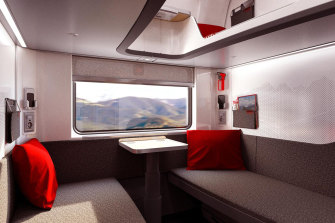 An artist impression of the interior of the new generation OBB Nightjet sleeper trains.

A Vienna-Munich-Paris and Zurich–Cologne-Amsterdam service will start from December this year, while other services linking Vienna, Berlin, Brussels, Paris and Barcelona will come online over the following two years.

France is also re-establishing its Paris-Nice route and has also flagged the reopening of other night links shuttered less than a decade ago. German Transport Minister Andreas Scheuer has spoken of a new successor to the Trans-Europe Express, the mighty cross-continent network set up in the 1950s and shut down in the 1990s.

Smith argues there is strong demand for sleepers but says the issue is finding a profitable business model. He cites a 65 per cent increase in patronage between Stockholm and Malmö after Swedish operators improved the route’s management and marketing.

Another problem is a lack of rolling stock; many of the sleeper cars taken out of service were then scrapped or converted into day-time carriages. Track access charges are also a big hurdle, with rail enthusiasts urging governments to lower the charges during the evenings.

“That is really one of the pre-conditions that will have to be met for all this expansion to happen,” Smith says of the charges.

“The economics of the sleeper train are more difficult than the economics of a day-time high speed train that shuttles up and down all day carrying 70 passengers per carriage.

“You only get one journey out of a sleeper train per 24 hours, it only carries one set of people and a sleeping car only carries 20 or 30 passengers compared to 70 in a day-time coach.

“That practicality coupled with the experience of snuggling down in bed, reading by the glow of your berth light, the steel wheels swishes on steel rail beneath you, maybe with a glass of wine as a nightcap, it’s a great experience and it’s fun.

“I don’t think anyone would say travelling on a budget airline is fun these days. It’s rare to find the journey itself fun, but you do when you get on a train.”