Ex-pizza delivery driver, 29, who founded sportswear brand Gymshark from his parents’ garage could be set for £700MILLION fortune as he eyes stock market listing

An ex-pizza delivery driver who founded online sportswear juggernaut Gymshark in his parents’ garage in Birmingham less than a decade ago is in line for a fortune worth at least £700million as the company eyes a London stock market listing.

The £1billion brand, which was created by 29-year-old entrepreneur driver Ben Francis in 2012, is said to have been ‘aggressively’ pitched to by investment bankers in recent months regarding a potential listing.

Any float of the company, which has expressed ambitions to expand into a broader range of health-related products, is expected to take place in London and could be announced within months, Sky New reported.

Gymshark was valued at more than £1billion after its 29-year-old founder Mr Francis sold a 21 per cent stake in the company to the US private equity firm General Atlantic. With a controlling stake of more than 70 per cent, Mr Francis is in line to land the biggest windfall if the brand goes public.

Mr Francis dropped out of a business degree at Aston University in Birmingham to build his brand, developing clothing for the gym with school friend Lewis Morgan – while also delivering pizza at night.

Just nine years later, Gymshark has become a hit with customers for its affordable leggings and sports bras, with 5.4 million followers on Instagram – an increase of around 800,000 in the past year as Covid fuelled demand for athleisure wear as people worked from home.

Gymshark’s meteoric success, partly due to the company’s use of fitness influencers who act as paid ambassadors and post daily updates on their workouts wearing its clothes, has made Mr Francis is now one of Britain’s richest self-made people under 30, according to the Sunday Times Rich List. 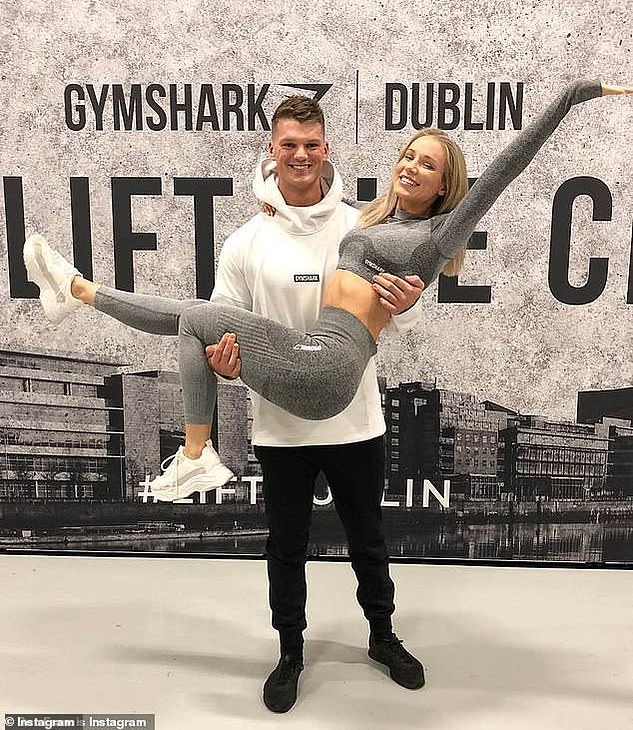 Ben Francis, pictured, started his Gymshark brand in his parents’ garage in Birmingham. After decade in business, the firm is now worth an estimated £1billion 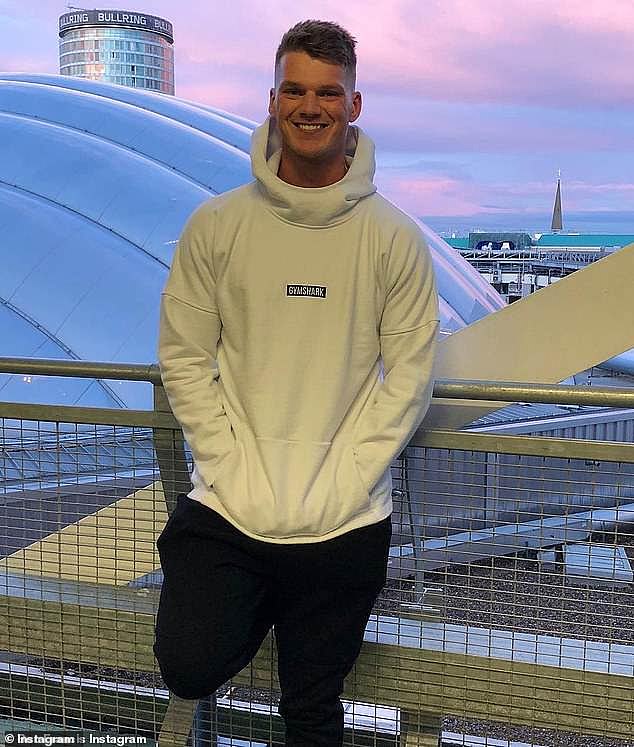 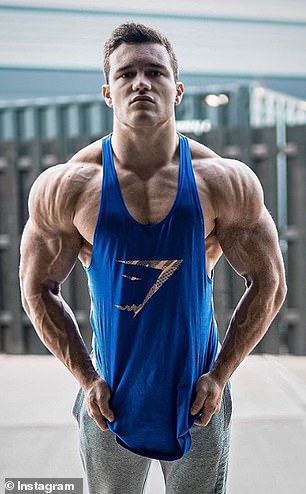 After being taught to sew by his mother, Ben Francis and a group of friends set up Gymshark from his parents’ garage when he was just 19.

While laying the groundwork for what is now a multi-national business, Francis was also studying at Aston University in Birmingham by day and working for Pizza Hut to earn extra cash at night.

He has come a long way, with Gymshark becoming one of the British business success stories to emerge from the coronavirus crisis.

Francis has now became Britain’s richest self-made person under 30 after US private equity giant General Atlantic snapped up a 21 per cent stake in his business.

He said: ‘I firmly believe Gymshark has the potential to be to the UK what Nike is to the US and Adidas is to Germany’.

A spokesman for Gymshark told Sky News: ‘We regularly speak to financial institutions to ensure we are connected to the business world and we continue to learn. Any recent conversations we have had have been about introducing these organisations to Gymshark and our journey so far.’

A spokesman for General Atlantic added: ‘We are working with Ben and the team to build Gymshark into the global leader we know it can be.’

Gymshark recorded revenue of more than £400million in the year to July, a 50 per cent jump on a year earlier as it continued to make headway in the US, its largest market. The UK is its second biggest market.

In July, Mr Francis returned as chief executive of Gymshark after stepping down in 2015. However, global supply chain chaos could cause the online sportswear brand to retreat from a potential listing.

The Covid lockdown had prompted a wave of online retailers to rush to go public, including greeting cards firm Moonpig, which listed at £1.2billion. But on Monday, the CEO of Asos quit after the company warned that profits could fall by more than a third this year due to delivery delays and soaring shipping costs.

Rivals including Boohoo and In the Style have also warned that their margins will be squeezed by supply chain issues.

After General Atlantic bought its 21 per cent stake in Gymshark, Mr Francis told MailOnline: ‘It has been an incredible ride over the last eight years to get to this point, but today signals the next chapter in the Gymshark story.

‘We are nothing without our community, so we will use this new investment partnership to get even closer to them on a truly global scale.

‘I’m incredibly proud of what Gymshark has achieved to date from our roots in Birmingham, but it’s all about looking forward. I firmly believe Gymshark has the potential to be to the UK what Nike is to the US and Adidas is to Germany, and today is a significant step to realising that.’

He continued: ‘We have built a brand we can be proud of, from the products we manufacture through to the community we have grown, to the culture we have built both internally and externally.

‘For me, today’s investment just signifies the beginning, but we will be sure to retain the ingredients that have made Gymshark the brand it is today.

‘We look forward to working closely with General Atlantic to build our global footprint and ensure Gymshark becomes one of the global leaders in the fitness industry.’

During a recent discussion with executives from Goldman Sachs, the transcript of which was published by the US investment bank, Mr Francis drew comparisons between Gymshark and Amazon and Apple. 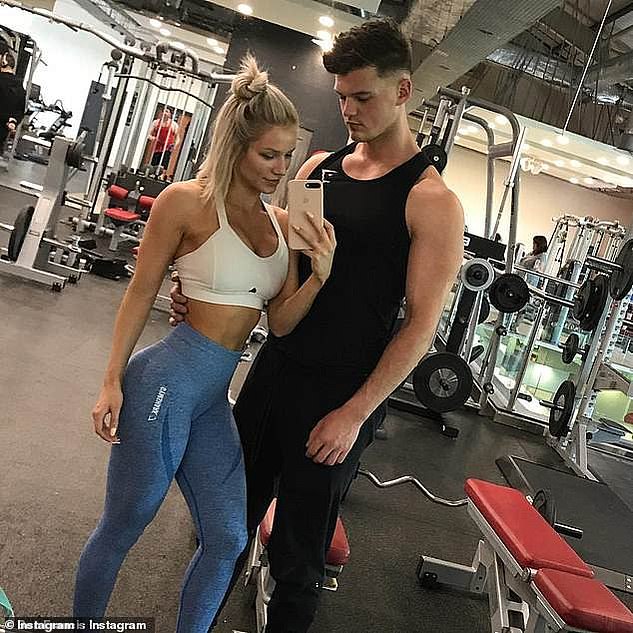 Mr Francis dropped out of a business degree at Aston University in Birmingham to build his brand, developing clothing for the gym with school friend Lewis Morgan – while also delivering pizza at night 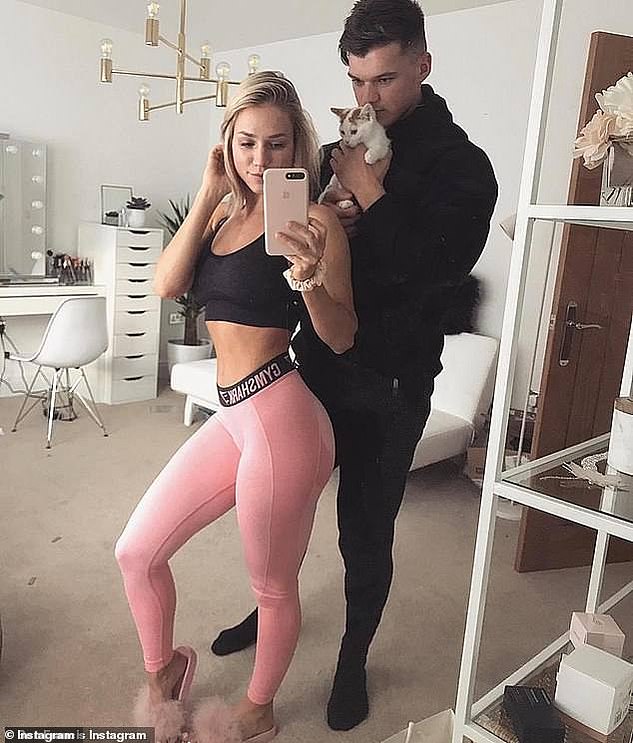 Mr Francis is now one of Britain’s richest self-made people under 30, according to the Sunday Times Rich List 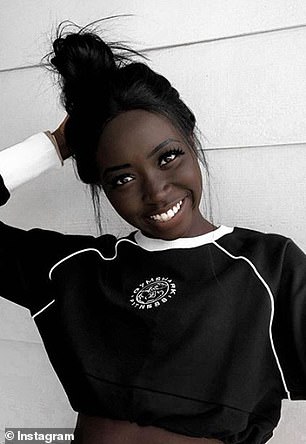 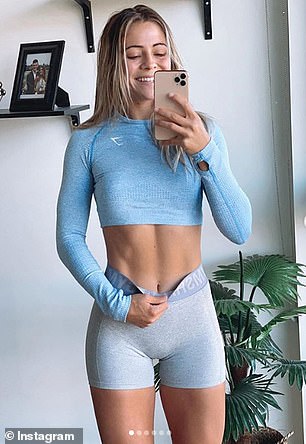 As well as posting selfies, fans of the brand also share their workout regimes as an inspiration to others

‘There’s this ecosystem of products that support the ambitions and goals of their consumers. I want Gymshark to be like that [and] in 10 years’ time, I would love us to be sat here and shuffling about the time that Gymshark, let’s say, only sold apparel and accessories,’ he said.

The firm is based in Solihull but also has offices in Denver, Mauritius and Hong Kong.

According to the Times, Mr Francis started making fitness tracking apps on his iPhone as a teenager. He later moved into selling nutrition supplements, making £2 profit on his first £50 deal. 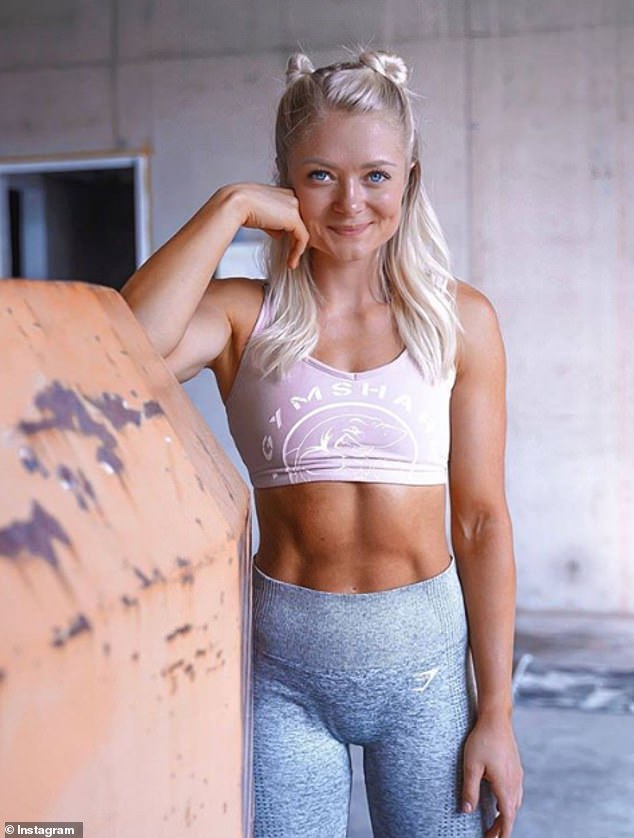 The company is now one of Britain’s fastest-growing businesses 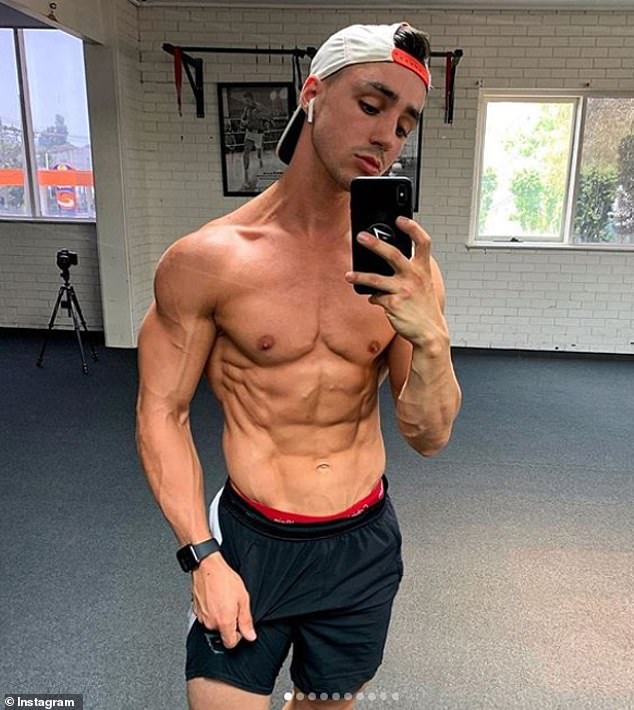 Disappointed by the return, he decided to buy a sewing machine and a screen printer to develop a range of hoodies, muscle-enhanced string vests and t-shirts.

His first £30,000 batch of products under his Gymshark brand sold out within 30 minutes of going online.

During the pandemic, Mr Francis donated £180,000 to Birmingham’s women’s and children’s hospital where his mother works.  He also opened a pop-up store in Covent Garden, rebranding itself Homeshark.

The Duke inherited the Grovesnor fortune which is based on owning 300 acres of London property.

He became the seventh Duke of Westminster following the surprise death of his father.

He is also Prince George’s godfather. 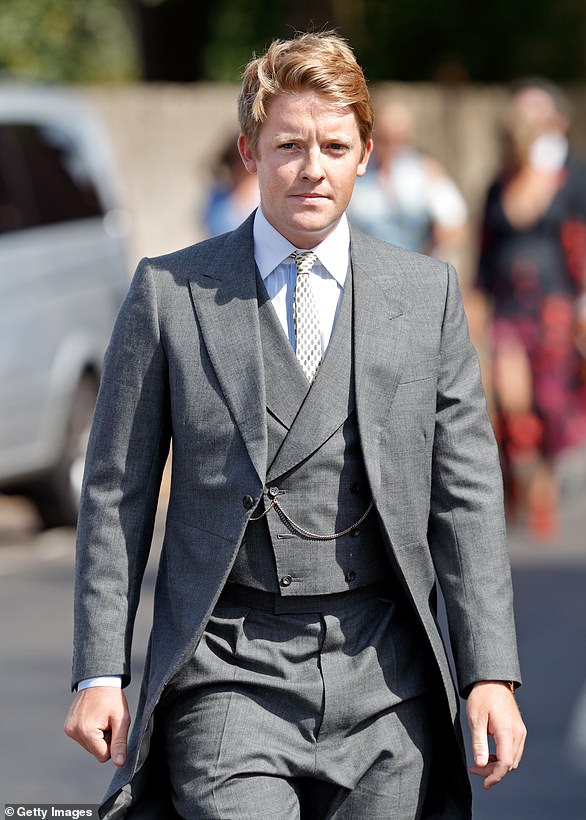 The Duke of Westminster, 29, is worth an estimated £10bn due to his extensive property interests in London

She is the daughter of Princess Antonia of Prussia making her a great-great-granddaughter of Emperor William II.

She is also related to Queen Victoria. 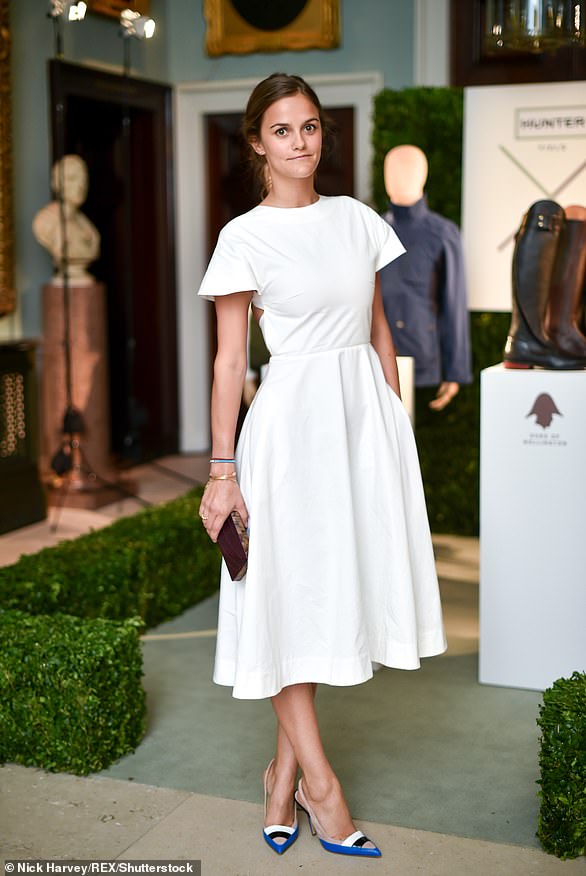 His father started his career in the pornography business as well as owning sex shops.

The 20-year-old tycoon is the chairman of West Ham Women. 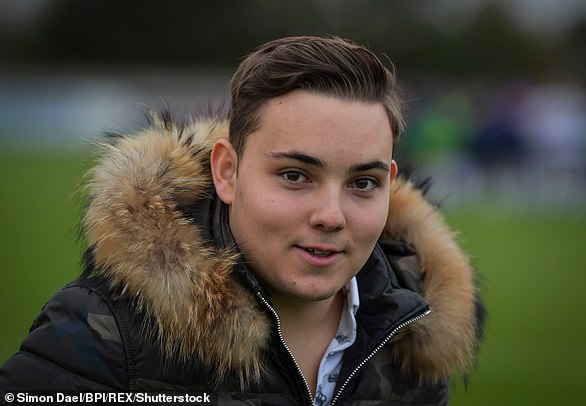 Ms James, 28, inherited the Soho empire of her grandfather Paul Raymond, best known for being The King of Soho.

Mr Raymond made his money from his Raymond’s Revue Bar which employed strippers. He was also involved in publishing pornographic magazines 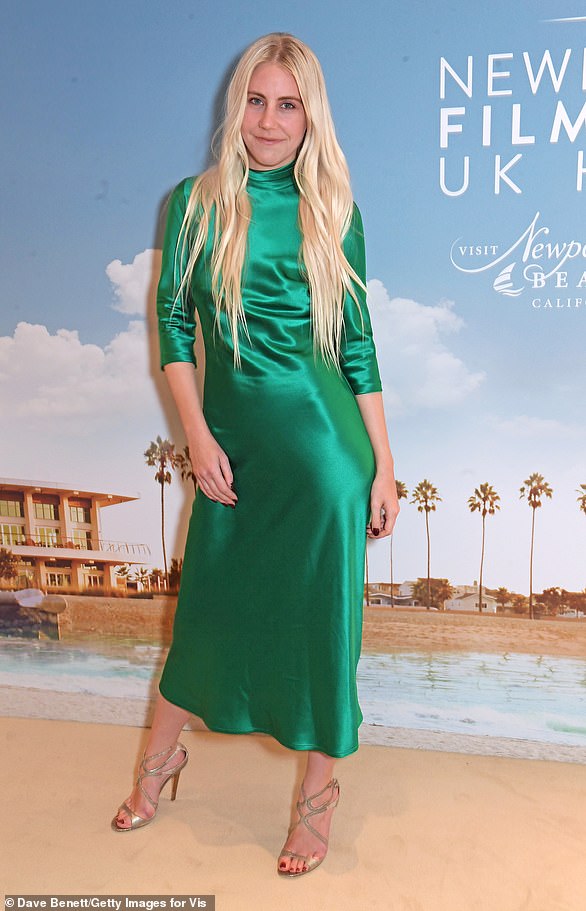 India Rose James, inherited the Soho empire of her grandfather Paul Raymond, best known for being The King of Soho