Two bomb disposal workers – one from the UK and one from Australia – have died after an explosion in the Solomon Islands.

Stephen “Luke” Atkinson and his Australian colleague Trent Lee worked for Norwegian People’s Aid, which helps remove undetonated ordinance left over from the Pacific front of the Second World War.

It has not been made clear if the pair were trying to defuse a device when they died on Sunday evening in the city of Honiara. 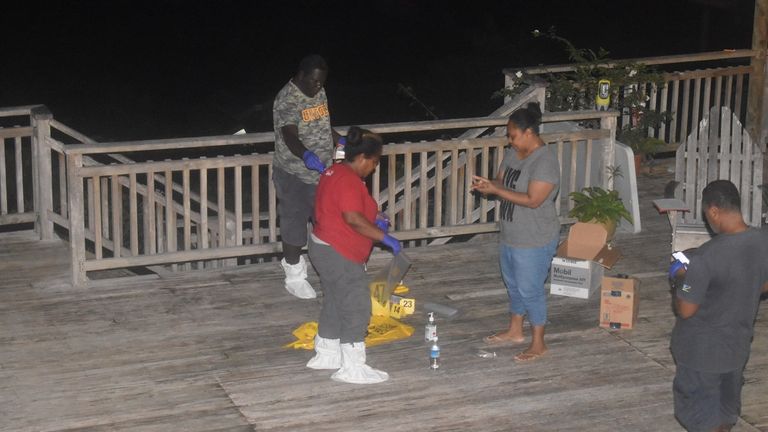 The NPA – which has 1,850 “deminers” working across 19 countries – has suspended operations in the region while the investigation takes place.

Mr Atkinson and Mr Lee had been working on a project to create a database of leftover explosives on the islands.

NPA’s Secretary General Henriette Westhrin said: “We are devastated by what has happened, and for the loss of two good colleagues. Our thoughts and deepest condolences go out to their families, relatives and staff.”

A statement from NPA added: “This is a tragic accident. So far, we know that there has been an explosion with fatal consequences.

“Our main priority now is to offer assistance to relatives and colleagues, and to clarify what has happened.

“NPA’s activities on Solomon Islands have temporarily been put on hold, and NPA is working together with the Royal Solomon Islands Police Force which is investigating the incident.

“The accident took place in the Solomon Islands, where NPA is assisting the government in developing a centralised database that gives an overview of the extensive amounts of explosive remnants of war contamination dating from the Second World War.”

The Foreign Office has been contacted for a comment.

END_OF_DOCUMENT_TOKEN_TO_BE_REPLACED

END_OF_DOCUMENT_TOKEN_TO_BE_REPLACED
Recent Posts
We and our partners use cookies on this site to improve our service, perform analytics, personalize advertising, measure advertising performance, and remember website preferences.Ok