An incredible video has captured the mysterious creatures living more than 6,500 feet beneath the surface of the sea in high resolution.

Blind shrimps, exotic crabs and bizarre-looking fishes were caught on camera forming an almost alien world in the deep.

The rare two-minute clip was shot by a Chinese manned submersible, called the ‘Deep-sea Warrior’, on a recent scientific research voyage. 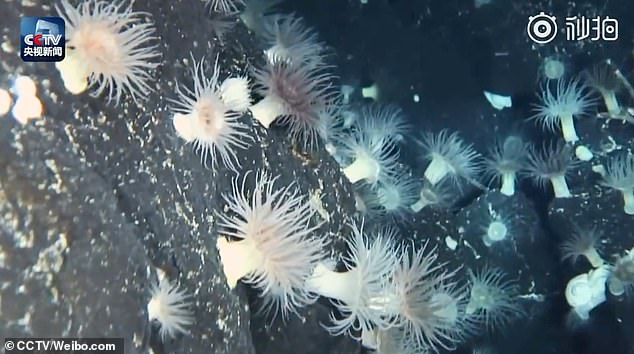 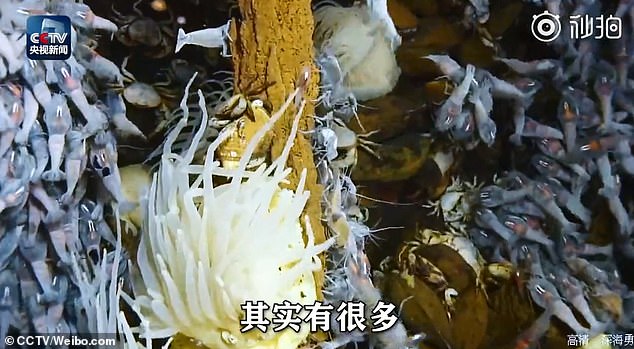 The vessel, called the ‘Deep-sea Warrior’, filmed colourful creatures 6,500 feet under the sea

Chinese scientists said they observed numerous shrimps around hydrothermal vents, where jets of heated watery fluid spew out from the seafloor into the ocean.

‘So many that one does not know how to describe,’ said the video.

A mechanical arm from the submersible tried to catch a strange blue fish, thought to be a type of angler fish, as well as a bright purple sea cucumber. Both creatures swiftly escaped.

The footage, filmed more than 2,000 metres (6,561 feet) under the sea level, was released by China’s state broadcaster CCTV on the World Oceans Day on Saturday. 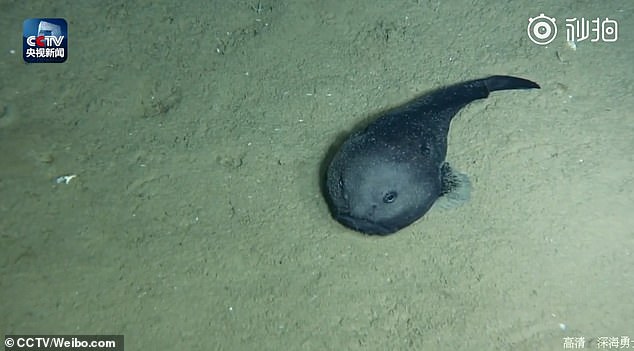 A mechanical arm tried to catch a strange blue fish (pictured), but it managed to escape 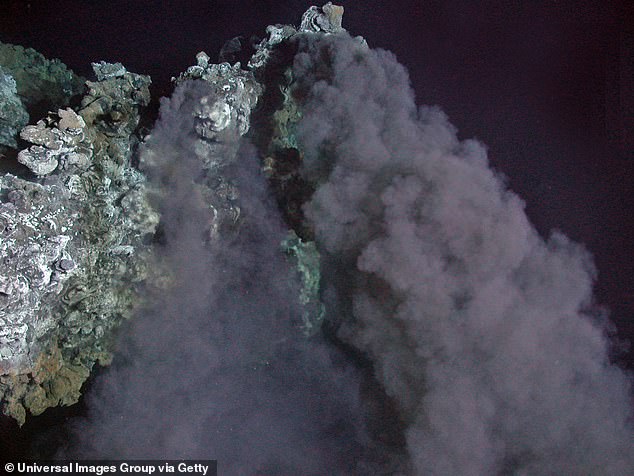 Chinese scientists said they observed numerous blind shrimps around hydrothermal vents, where jets of heated watery fluid spew out from the seafloor in to the ocean (file photo)

The station did not reveal the exact location of the voyage.

But according to Chinese Academy of Sciences, the Deep-sea Warrior recently carried out a 121-day research project under the Indian Ocean.

The vessel is said to have carried one pilot and two scientists and conducted 62 dives during the trip in March.

The Deep-sea Warrior is China’s second manned deep-sea submersible after the Jiao Long. It reached 4,500 metres (14,763 feet) under the ocean during a manned experiment in 2017. 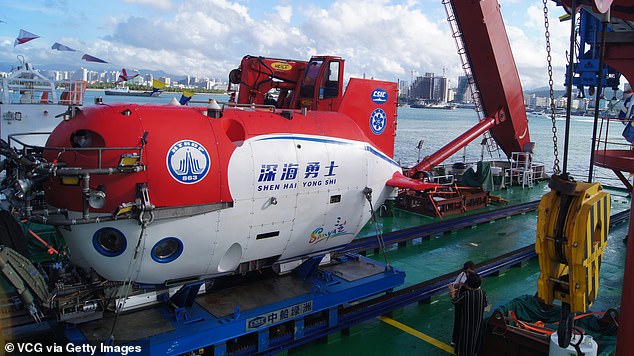 The deep sea vessel is part of Beijing’s ambition to become a maritime global super power.

If either of the projects is successful, the remotely-controlled vehicles would be able to carry Chinese scientists to the bottom of the Challenger Deep, the deepest known spot in the ocean.

Only three men have ever reached the Challenger Deep in history: retired US Lieutenant Don Walsh and his Swiss colleague, late Jacques Piccard, in 1960 as well as Canadian filmmaker James Cameron in 2012.