Washington: A risky Democratic strategy to spend millions of dollars on elevating some far-right Republican candidates appeared to pay off on Wednesday, as Democratic nominees defeated them in several races across the country.

Critics within the Democratic Party had warned that ad campaigns backing candidates who echo former President Donald Trump’s false claims about a stolen 2020 election could help elect the very people Democrats were telling Americans posed a serious threat to democracy. 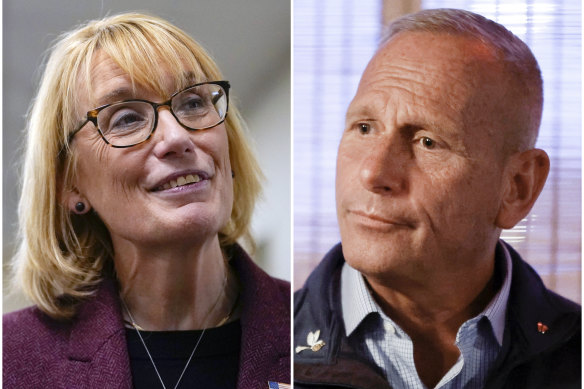 But supporters of the controversial move reckoned that boosting these candidates over more moderate Republicans in their party’s pre-election nominating contests, or primaries, would make their opponents easier to beat on Election Day.

The gamble appears to have worked: All eight Democratic candidates who benefited from the strategy were projected to win their races as of Wednesday morning. The results could provide a blueprint for the 2024 presidential election. 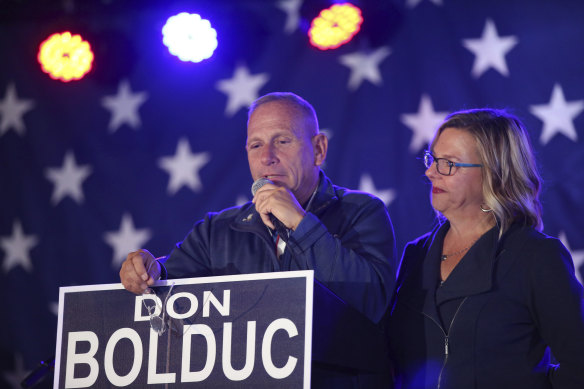 “Any jackass can kick over a lantern and burn down a bar. It takes a carpenter to build one – we want to be on the side of the carpenter,” Roemer told Reuters.

In New Hampshire, incumbent Democratic Senator Maggie Hassan easily won re-election, helping her party’s chances of retaining control of the chamber. Hassan defeated Republican Don Bolduc, who had been aided by $US3.1 million ($4.8 million) in spending by the Senate Majority PAC, a Democratic group, during the Republican primary.

Bolduc, who cast doubt on the results of the 2020 election, had been blasted as too extreme by members of his own party.

Democrats also defended two competitive House of Representatives seats in New Hampshire and picked up one in Michigan, as their candidates held wide leads over Republican election deniers.

The House race in Michigan, where Democrat Hillary Scholten was projected to defeat Republican John Gibbs, could be especially consequential, as it would allow Democrats to pick up a seat from Republicans and offset losses elsewhere.

Republicans were widely expected to win control of the House, but as of Wednesday morning the election was not producing the sweeping “red wave” victory they had sought.

The Democratic Congressional Campaign Committee, the party’s House campaign arm, had drawn criticism this summer when it spent $US2.4 million in the Republican primary to help Gibbs defeat incumbent Representative Peter Meijer, who was one of only 10 members of his party in the House to vote to impeach Trump following the January 6, 2021, attack on the US Capitol.

The DCCC did not immediately respond to a request for comment.

Democratic groups spent at least $US51.5 million in Republican primaries this year, according to a Reuters tally. But they didn’t always get the result they wanted: in races in Colorado, Nevada, California and Virginia, the candidate they were supporting did not win the primary.

The bulk of that money was spent in Illinois, where incumbent Governor J.B. Pritzker and the Democratic Governors Association (DGA) spent $34.5 million in the Republican primary to undermine a relatively moderate candidate. Pritzker easily won re-election on Tuesday.

The DGA also ran ads amplifying the conservative credentials of Republican election deniers in Maryland and Michigan who won their primaries but lost the general election.

“Defining Republicans early and never letting them out of their extremist box was critical to beating back election deniers across the country,” DGA spokesman David Turner said.

In Pennsylvania, victorious Democratic gubernatorial candidate Josh Shapiro said he ran ads against Republican Doug Mastriano during the primary because he saw him as the most likely nominee, not because he was the most extreme.

“I was trying to get started on the general election campaign,” he told Reuters.