Fact check: Wisconsin does not have more votes than registered voters

Thousands of Trump supporters have pounced on a conspiracy theory about the vote total in Wisconsin, citing false claims that the pivotal state had more votes than registered voters.

The claim, which emerged through unsourced screenshots on Facebook and Twitter, compared old registration numbers to partial results on Wednesday morning. It appears to have emerged while Wisconsin was still counting its ballots, which eventually put Democrat Joe Biden ahead of U.S. President Donald Trump in the race.

Both social media platforms have taken steps to flag the screenshots as misinformation, but they continue to spread in the wake of a contentious and still-undecided election.

Most versions of the hoax claim that 3,239,920 ballots had been cast, but only 3,129,000 voters were registered in the state. Thousands have liked, shared and amplified that claim while declaring “FRAUD!” on social media.

The claim is false and can easily be debunked through public government records.

There were 3,129,000 registered voters in the 2018 midterms in Wisconsin, according to the United States Census Bureau. That number has grown by over half a million voters over the last two years.

Wisconsin had 3,684,726 active registered voters on Nov. 1, 2020, according to the government’s elections website. That does not include first-time voters, such as young people, who were allowed to register at the polls on Election Day.

More than 3,240,000 ballots had been counted by Thursday morning, which is reportedly the highest voter turnout ever in Wisconsin. That trend played out across most of the country, which saw its highest voter turnout in over a century. More than 160 million Americans voted, or 70 per cent of the population, according to the U.S. Elections Project at the University of Florida.

Trump appears to have lost the popular vote for a second time, while Biden broke a record by garnering 71 million votes — more than any other presidential candidate in history.

At the time of this writing, both sides are still waiting for ballots to be counted in several key states under the electoral college system.

Biden was ahead of Trump in Wisconsin by less than 1 per cent, or roughly 20,000 votes, on Thursday. The Associated Press has already called Wisconsin for Biden, although Trump has requested a recount.

Trump carried the state over Hillary Clinton with about 23,000 more votes in 2016.

Biden’s numbers bumped up early Wednesday after Milwaukee finished counting a trove of approximately 169,000 votes and reported the results all at once. Police escorted the city’s elections director to deliver the results early Wednesday, the AP reports. 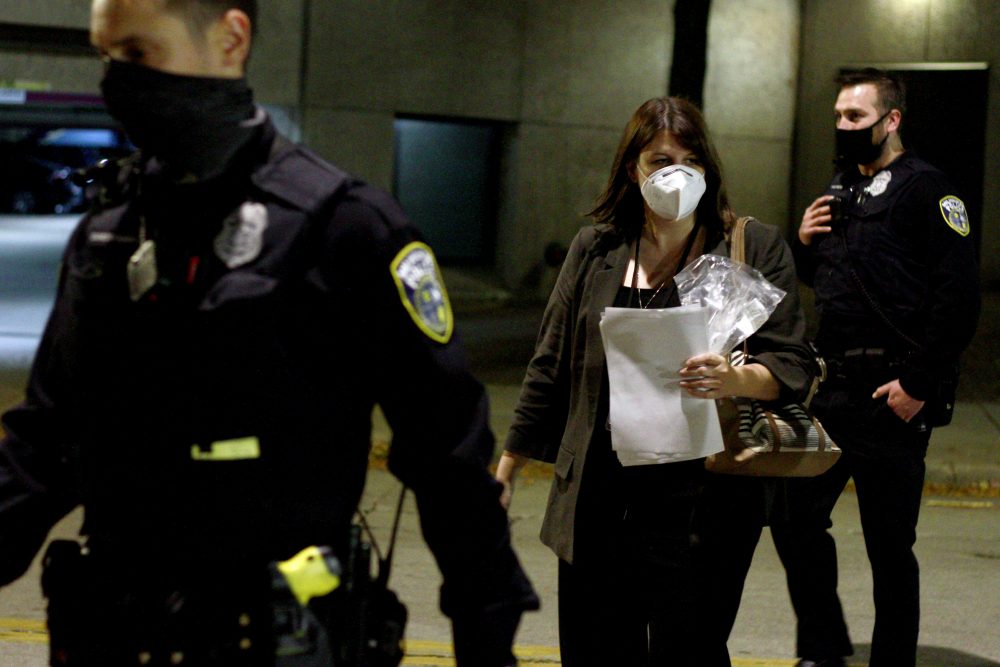 Wisconsin conducted a recount in the last presidential election at the request of third-party candidates. The recount found an additional 131 votes for Trump, as Republican Scott Walker, who was governor at the time, pointed out on Twitter.

The Trump campaign has claimed “irregularities in several Wisconsin counties which raised serious doubts about the validity of the results.” It has also claimed that poll workers “corrected” absentee ballots with red pen in Democratic-leaning Milwaukee County, without providing evidence.

“It’s insulting for our local election officials to say that yesterday’s election was anything but an incredible success,” she told reporters on Wednesday.

Trump will have to pay for a recount under state law.

Trump falsely claimed victory in the race early Wednesday, before all the legally cast ballots had been counted. He has encouraged vote-counting to continue in states where he trails, and has taken legal action to stop the vote counts in other states. He has also falsely claimed that Democrats are trying to “steal” the election from him on Twitter, prompting the platform to label some of his tweets as misinformation.

Twitter also flagged a Trump tweet in which he attempted to “hereby” claim several of the outstanding states, which he cannot do.

Biden declined to declare victory at a press conference on Wednesday afternoon, but said he expects to win once all of the votes are counted.

— With files from The Associated Press

END_OF_DOCUMENT_TOKEN_TO_BE_REPLACED

END_OF_DOCUMENT_TOKEN_TO_BE_REPLACED
Recent Posts
We and our partners use cookies on this site to improve our service, perform analytics, personalize advertising, measure advertising performance, and remember website preferences.Ok