This football-mad Harry Kane ‘lookalike’ filmed himself singing ‘It’s Coming Home’ while rushing his fiancée in labour to hospital – as she shouts at him through contractions in her passenger seat.

Father-of-three Simmie Sweeney had been preparing for the birth of his third child with Amy Watts, 27, all week – joking the infant could arrive just in time for England’s victory against Denmark.

The 26-year-old woke up this morning to find key worker Amy had gone into labour and as he rushed her to hospital, he decided to burst out into song, singing the 1996 Three Lion’s hit while Amy squirmed in pain next to him.

The sales worker now hopes he’ll be celebrating two major victories this evening – the birth of his baby girl and England’s entry into the Euros 2020 finals.

Simmie’s video has been viewed more than 47,000 times and received more than 2,230 likes, while he jokingly asked ‘reckon I’ll be out in time for tonight?’ 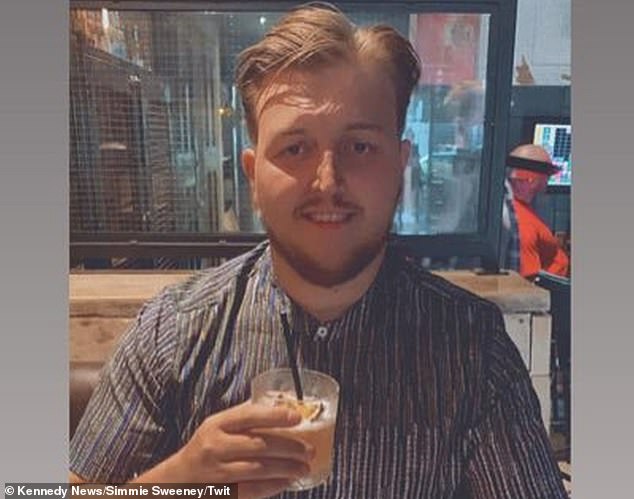 ‘We’re both football fans. Amy isn’t as much of a fan as me, but she’s got involved with the Euros.

‘I’ve had it before where people have said I look like Harry Kane.

‘We’re having a little girl so if Harry Kane scores a winner, I can’t call a girl Harry, but maybe Harriet?

‘It’s a conversation to be had.

‘I’ll be watching the clock tonight before kick off. I’ve brought the iPad so I’ll have to multi-task if the baby isn’t born by then. 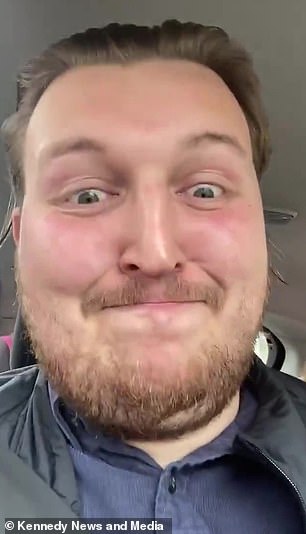 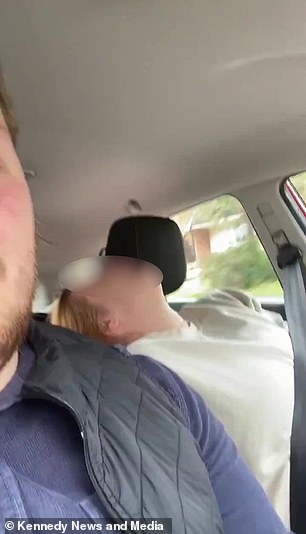 Father of three Simmie Sweeney said his fiancée, who is pregnant with their third child, is not aware she’s gone viral as she is still in labour but Simmie hopes he can watch the match later

‘This is our third child. I think she’ll be more relaxed if I stick football on in the background – or I’ll be shouted at. One or the other.’

The couple had joked that Amy would go into labour on one of the biggest days in the football calendar and prankster Simmie admits it could turn into a ‘very special day’.

Simmie said: ‘I’m off work for the build up of today and Amy’s already overdue.

‘All week, we’ve said it’ll land on this day if England gets to the semi-finals.

‘Low and behold this morning she started getting contractions. Amy doesn’t know she’s gone viral on Twitter yet. She’s still in labour.

‘If England win the semi-finals, it’ll be a very special day. It won’t get much better. 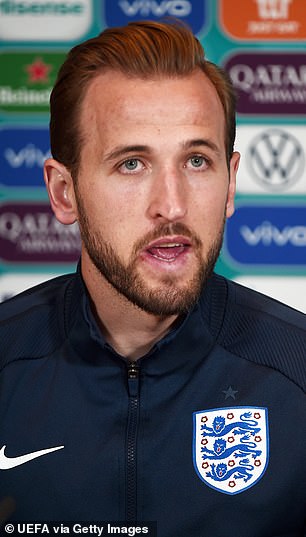 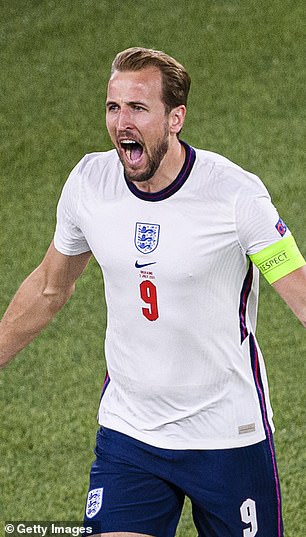 ‘I’ve had to put my phone on ‘do not disturb’ because of the reaction on Twitter. My phone battery went from 80 percent to 6 percent.’

On social media, Simmie’s video attracted more than 47,000 views, with some eagle-eyed viewers seeing a striking similarity between Simmie and England captain Kane.

Lucas Utd shared an image of Harry Kane to show Simmie’s similarity and said: ‘Supposed to be starting tonight aren’t you fella?’