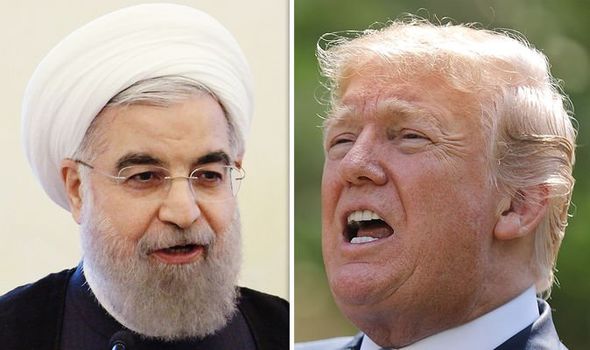 Four US officials told CNN that the nation’s intelligence has photos and videos of an Iranian navy ship removing an unexploded mine from the hull of Japanese owned Kokura Courageous. One of the officials claimed a US military aircraft recorded the footage. US Secretary of State Mike Pompeo has claimed intelligence suggests Iran is responsible for the attacks, but a Tehran official told the BBC that “Iran has no connection”.

The other vessel in this morning’s attack was Front Altair, which is Norwegian owned.

Both the US and Iran have claimed it rescued the crews, which comes a month after attacks on four oil tankers off the United Arab Emirates.

No country or non-state actor has claimed responsibility for those attacks either.

Mr Pompeo explained why Washington blamed Iran: “This assessment is based on intelligence, the weapons used, the level of expertise needed to execute the operation, recent similar Iranian attacks on shipping, and the fact that no proxy group operating in the area has the resources and proficiency to act with such a high degree of sophistication.” 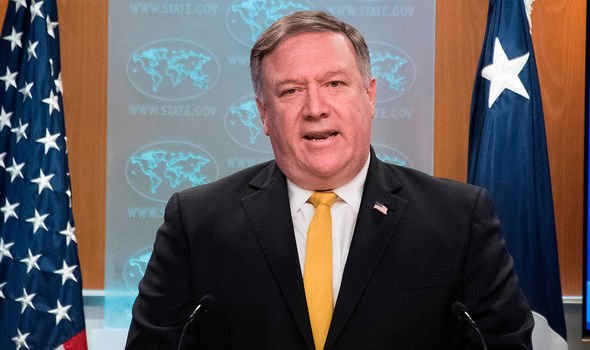 The UK government is said to be in agreement with Washington.

A US Navy boat USS Bainbridge entered the area after the explosion but one of the sources has reported Iranian boats also entered afterward.

Tensions between the US and Iran are high after the US pulled out from the Iran nuclear deal and reimposed sanctions preventing Iran from accessing the US financial system and trading in the dollar.

Former Obama aide Colin Kahl has said disruption to oil trade could spark a chain of events leading to a full-blown US invasion of Iran and fighting in Israel, Lebanon and Syria. 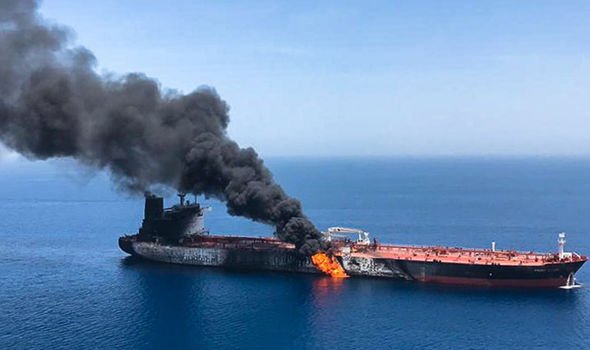 Oil prices have increased as high as 4 percent since the explosions.

Iran has suspended its adherence to some obligations under the nuclear deal and Tehran has taken a strong stance with their Foreign Minister making provocative statements including telling the US it “cannot expect to stay safe” after increasing sanctions.

This is part of a high-pressure strategy from the Trump administration to encourage new talks.

The US has sent an aircraft carrier and extra troops to the Middle East in recent weeks to deter Iranian aggression.