Home » World News » Fifty years after Dirty Harry, why the real villain was one lucky punk

Fifty years after Dirty Harry, why the real villain was one lucky punk 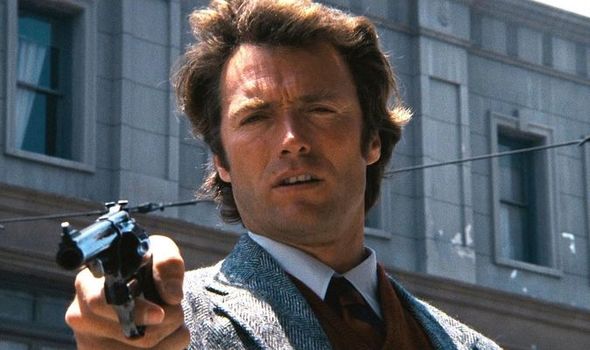 IT IS ONE of the most famous quotes in movie history: “I know what you’re thinking, ‘Did he fire six shots or only five?’… You’ve got to ask yourself one question, ‘Do I feel lucky?’ Well, do you, punk?” Fifty years ago this autumn, Clint Eastwood was on location in California, carrying a Smith and Wesson revolver and, in the haggard guise of rebel inspector ‘Dirty’ Harry Callahan, attempting to track down a serial killer known only as Scorpio.

As fanciful as the plot of Dirty Harry may be, the seeds of the narrative and the Scorpio character were sown by a real-life serial killer who murdered at least five people in northern California in the late 1960s.

Just like Scorpio, the Zodiac Killer – identified by amateur sleuths this week as Gary Francis Poste, a former Air Force pilot who died in 2018, of which more later – would send letters to police and local newspapers.

But he played a more sophisticated game than the fictional killer, as the Zodiac’s missives contained complex ciphers which the recipients were supposed to try and decode.

By the time the first letter arrived at the offices of the San Francisco Chronicle and two other local newspapers on August 1, 1969, panic had already set in among the local population.

“When I die I will be reborn in paradice (sic),” the note read. “…and all the I have killed will become my slaves I will not give you my name because you will try to slo (sic) down or atop my collectiog (sic) of slaves for my afterlife.”

Just eight months earlier, on December 20, 1968, young couple Betty Lou Jensen, 16, and David Arthur Faraday, 17, were shot and killed while sitting in a car in a secluded layby spot, popular with courting lovers.

Over the next 10 months, the killer shot Michael Renault Mageau, 19, and Darlene Elizabeth Ferrin, 22, lovers who were sitting in a car park; he killed taxi driver Paul Stine, 29, in San Francisco; he trussed up and fatally stabbed Bryan Calvin Hartnell, 20, and knifed Cecelia Ann Shepard, 22, another pair of lovers who were enjoying a romantic stroll by a lake in Napa County. Shepard later died of her injuries.

In another encrypted letter, the Zodiac Killer threatened to execute a school bus full of children – a scene that was partially enacted in the Dirty Harry movie by Scorpio.

Posting a rectangular section of the murdered taxi driver’s blood-soaked shirt to the Chronicle, in order to prove that he really was the serial killer, he acquired his nickname due to the cross and circle logo he used as his signature – the same design used by the iconic Zodiac brand of wrist watches.

The killing spree appeared to stop suddenly in 1969 (the shooting of cabbie Paul Stine on October 11, 1969, is the last murder to be officially ascribed to the Zodiac Killer) and the next few years saw police enquiries lead precisely nowhere, despite encrypted letters continuing to arrive at the offices of the Chronicle until 1974.

And while Clint Eastwood’s protagonist eventually tracked down and killed the Scorpio, such a neat ending was not destined to tie up the real-life hunt.

At the start of a case that would go on to span decades, the first of the Zodiac Killer’s ciphers was solved while the murderer was active at the tail end of the 1960s. But it wasn’t solved by the police or the FBI.

After a public appeal to amateur sleuths and puzzle-solvers among the general population, a school teacher called Donald Harden and his wife Betty cracked a letter.

Yet the text was unhelpful in almost every respect. It gave no practical information on the killer’s identity, but rather consisted of misspelt ramblings.

Part of the decoded message read: “I like killing people because it is so much fun – it is more fun than killing wild game in the forest because man is the most dangerous animal of all – to kill something gives me the most thrilling experience… I will not give you my name because you will try to slow down or stop my collecting of slaves for my afterlife.”

Although his killings seemed to have halted after the death of Paul Stine, three more cipher messages were sent over the next five years. These were left unsolved.

One of the principal police investigators was Dave Toschi, the man that Dirty Harry, and the Steve McQueen character in the 1969 movie Bullitt, was based on. But he was taken off the case in 1978 after he admitted sending his own anonymous letters to local newspapers praising his own work on attempting to catch the killer.

In 2001, modern DNA testing was used on some of the remaining evidence, though nothing matched any of the many suspects who had been interviewed by police about the killings.

Toschi claimed he spoke to more than 5,000 people alone during his years of attempting to catch the Zodiac Killer.

The case may have gone cold, but it continued to fascinate amateur sleuths and crime buffs. New letters claiming to be from him still occasionally emerged, though these were almost always dismissed by experts as hoaxes.

Even this week, it was claimed the killer had finally been identified as Gary Francis Poste, a retired US Air Force serviceman and house painter who died in 2018, aged 80.

The amateur investigators – known as The Case Breakers – say they reached their conclusion, in part, based on photos showing scars on Poste’s forehead that match a police sketch of the Zodiac. They also claim his name can be found in anagrams sent by the murderer.

They believe Poste was responsible for the murder of Cheri Jo Bates, 18, who was found stabbed 42 times and nearly decapitated in 1966, in Riverside, California, more than 400 miles south of San Francisco and two years before the Zodiac’s first known killing.

But police and FBI in the US this week dismissed what they say is “circumstantial evidence”. The FBI’s San Francisco field office said: “The FBI’s investigation into the Zodiac Killer remains open and unsolved.”

A committed band of online puzzle solvers have spent decades attempting to crack the codes of the three remaining unsolved genuine ciphers sent in the early 1970s.

Few of the theories or solutions appeared plausible or were given credence by the authorities.

And then, in December last year, the FBI made an unexpected announcement. Ater half a century, two of the three remaining Zodiac ciphers, by now considered the holy grail of cryptography, had been cracked. Again, it was one of the amateur Zodiac enthusiasts who had solved the riddle.

David Oranchak, a software developer in Virginia, who also runs a website and YouTube channel about the Zodiac case, spent 14 years working on the puzzle using a trial-and-error system of around 650,000 possible solutions.

Once again, however, the decoded messages consisted of nothing more than ramblings – rather than a confession of the killer’s identity.

“I hope you are having lots of fun in trying to catch me” and “I am not afraid of the gas chamber” were two of the twisted messages hidden in the cipher. But there were still two, much shorter ciphers to decode.

In June this year, French engineer Fayçal Ziraoui made headlines across the United States when he claimed he had finally cracked the final parts of the puzzle.

The French-Moroccan claimed it took him just two weeks to decipher the code, incurring the wrath and scorn of the Zodiac Killer online community along the way.

The tens of thousands of people who communicate on forums such as ‘Zodiac Killer – Unsolved And Unforgotten’ were quick to dismiss Ziraoui’s claims, perhaps angered by his declaration that the ‘game’ of decoding the ciphers was now over.

Not yet verified by the FBI, Ziraoui’s theory has divided Zodiac case crackers. “I was obsessed with it, 24 hours a day, that’s all I could think about,” Ziraoui said. Ultimately, he used his skills to decipher the sentence, “LABOR DAY FIND 45.069 NORT 58.719 WEST”.

These coordinates were for a spot close to a school in South Lake Tahoe, a city in California referred to in another postcard believed to have been sent by the Zodiac Killer in 1971.

After more work, Ziraoui also picked out the word ‘KAYR’ – a close match with the surname of Lawrence Kaye, a noted local criminal and lead suspect in the case in the early 1970s. The typo in the name was, according to Ziraoui, similar to other spelling errors made in the other cipher messages.

A detective who worked on the case in the early 1970s, Harvey Hines, had been convinced that Kaye was the culprit, but he had not been able to persuade his senior officers that the man was guilty.

Yet this is, again, where the trail runs cold – this time due to the sheer age of the case. Hines died in 2009 and Kaye himself died the following year, without ever being charged.

So, 50 years on from the terrifying spree of brutal murders – and the iconic Eastwood movie that was inspired by it – the case file on the Zodiac Killer is still open in the San Francisco division of the FBI.