Woman beats all her male rivals to win one of cycling’s hardest races: Medical student Fiona Kolbinger, 23, rides 2,500 miles across Europe in 10 days and two hours

A 24-year-old woman, who had never competed professionally before, has beaten 263 other competitors to win one of cycling’s hardest ultra races across Europe.

Fiona Kolbinger, from Dresden, Germany, completed the 2,500-mile route early this morning with a time of 10 days, 2 hours and 48 minutes.

The Transcontinental Race started in Bulgaria on July 27 and runs through Serbia, Austria and Italy before ending in Brest, northern France. 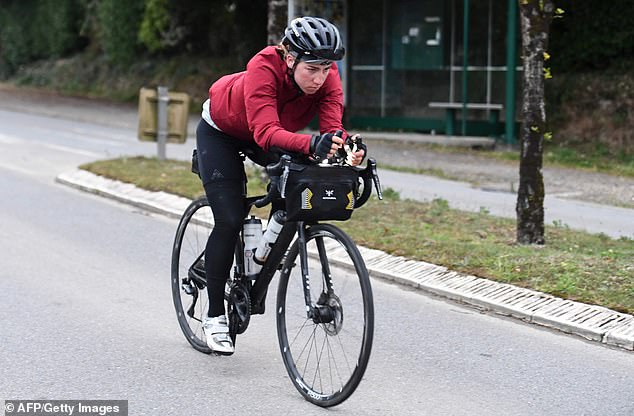 Fiona Kolbinger, from Germany, has become the first woman to win the Transcontinental Race with an impressive time of 10 days, 2 hours and 48 minutes 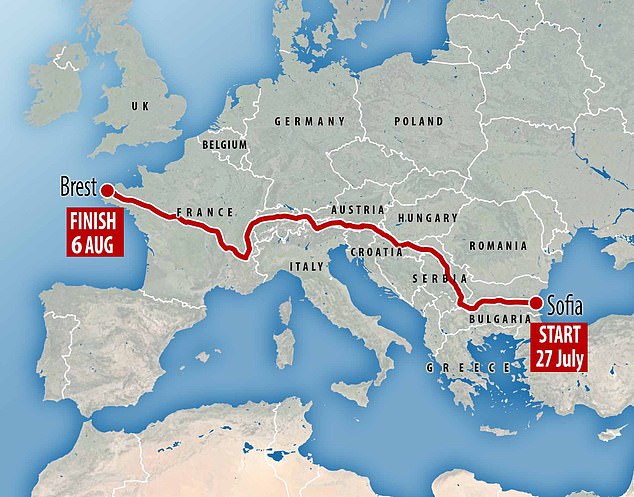 The race started in Bulgaria ten days ago and the route crosses Serbia, Austria and Italy before ending in Brest, northern France

Kolbinger, who was called a ‘rockstar’ by last year’s winner James Hayden, had been leading the race for a number of days.

On Sunday she was almost six hours ahead of Ben Davies, from Bristol, England, and she fought to maintain a lead.

When she reached the finish line today Kolbinger admitted that last night had been ‘too long and too grim’ but added that she thought she ‘could have gone harder.’

Björn Lenhard, who was the year’s favourite to win before he had to withdraw on day three due to saddle sores, trained with Kolbinger before the race.

He told Transcontinental: ‘Fiona is so strong, she really is. What’s more, she is a complete rider.

‘Yes, you need to be strong but in this race you have to be able to think, to plan, to fix your bike if you have to. 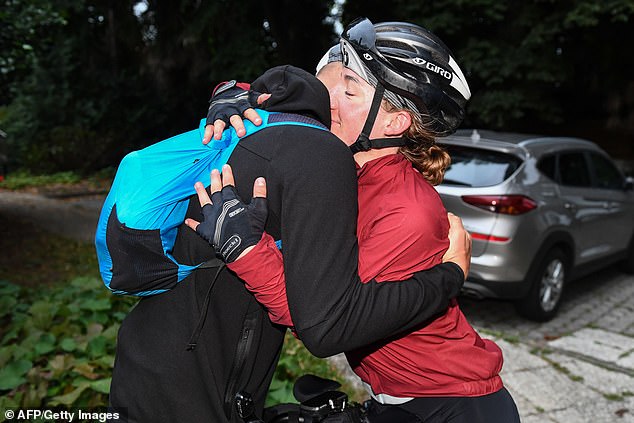 Kolbinger, pictured after winning the race today, has never competed before and said she thought she ‘could have gone harder’ after crossing the finish line 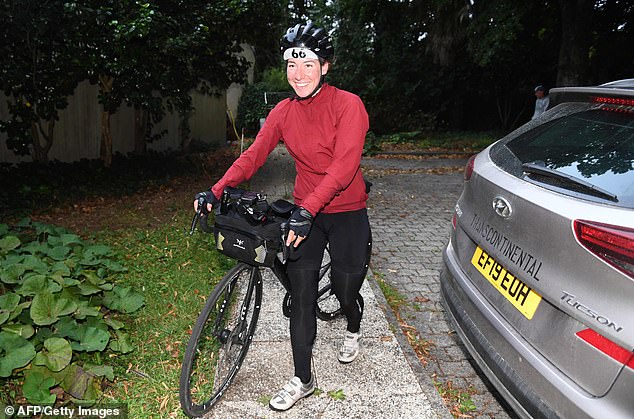 During the event Kolbinger, pictured today, only slept for an average of four hours a night

‘She is also one of the strongest climbers in this race, much faster than me.’

Kolbinger showed her strength throughout the race and only slept for an average of four hours a night, sometimes on the side of the road.

However although some might have been exhausted when they stopped for a short break after a day’s cycling, Kolbinger managed to stay in high spirits.

On day eight, August 3, she found the energy to play The Lion Sleeps Tonight on a piano at a hotel. 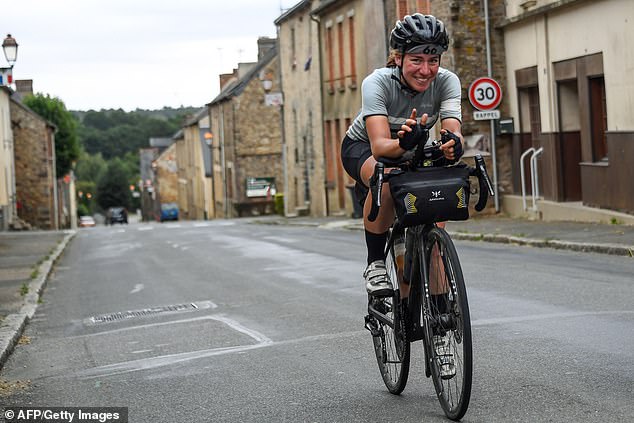 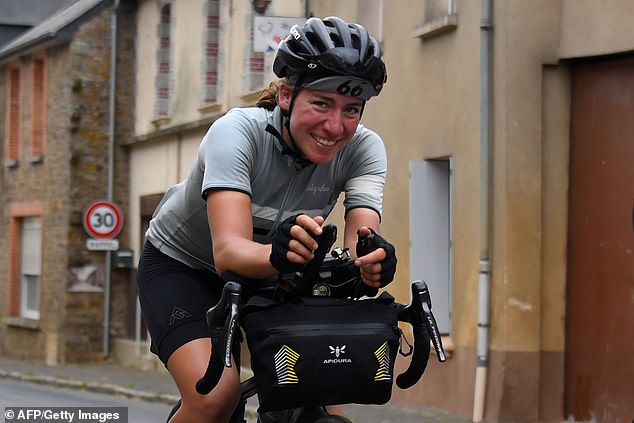 Kolbinger, pictured cycling in the village of Teillay, Brittany, is the first woman to win the race

A video of her showing her musical talents was shared by The Transcontinental on their Twitter page, prompting people to ask: ‘Is there anything this woman can’t do?’

On day four, she covered 475km and managed to have an impressive average speed of 26.9km/h, reports road.cc.

The Transcon was created by the late ultra-cyclist Mike Hall in 2013. This year 264 cyclists competed in the event – 40 of them women.

Riders can choose their own routes but they must visit four mandatory control points while they make their way across Europe from Bulgaria.

Their website explained how: ‘Riders plan, research and navigate their own course and choose when and where to rest.

Cycling company Apidura called Kolbinger’s performance ‘incredible’ after her win with a time of 10 days, 2 hours and 48 minutes 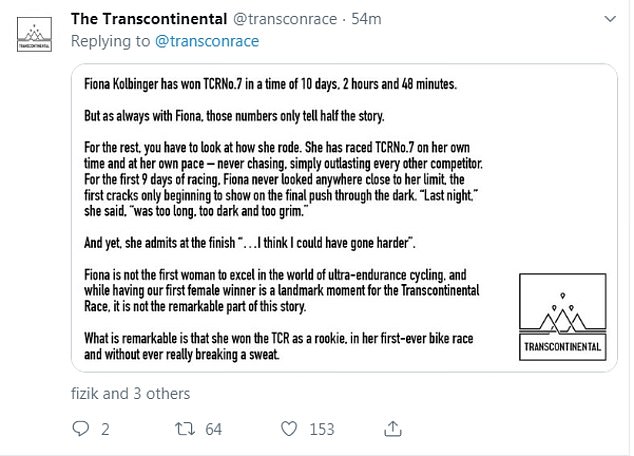 James Hayden won the race last year with a time of 8 days 23 hours and 59 minutes. He said on day five, July 31, this year that he was ‘rooting for’ Kolbinger who he described as a ‘rockstar’

END_OF_DOCUMENT_TOKEN_TO_BE_REPLACED

END_OF_DOCUMENT_TOKEN_TO_BE_REPLACED
Recent Posts
We and our partners use cookies on this site to improve our service, perform analytics, personalize advertising, measure advertising performance, and remember website preferences.Ok