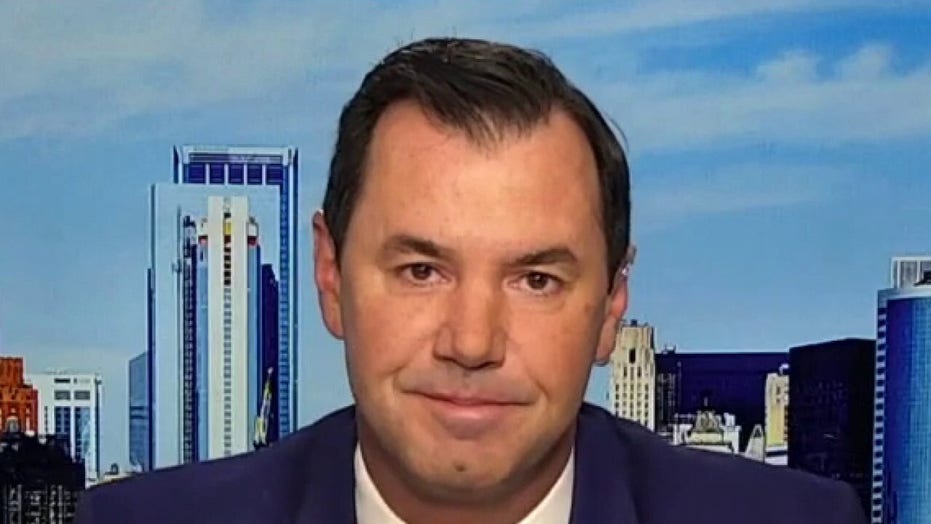 Fox News contributor Joe Concha argues that parents should follow the teacher’s lead by pointing out that critical race theory is ‘wrong’ and also responds to The Guardian writer who claimed that ‘food injustice has deep roots,’ saying ‘this is laughable.’

The Florida Board of Education on Thursday approved a rule that Gov. Ron DeSantis advanced in order to ban teaching certain ideas about race and history.

The rule reads: “Instruction on the required topics must be factual and objective and may not suppress or distort significant historical events, such as the Holocaust, and may not define American history as something other than the creation of a new nation based largely on universal principles stated in the Declaration of Independence.”

The rule came as part of a broader push by DeSantis and other Republicans to eliminate what they say are manifestations of critical race theory in schools. DeSantis’ office told Fox News that the rule excludes the term “critical race theory” because “CRT isn’t the only issue.”

“No child should be classified as a ‘victim’ or ‘oppressor’ based on their race or ethnicity,” said DeSantis press secretary Christina Pushaw.

“Race essentialism in any form is destructive, especially in a diverse society where each person should be judged only by the content of their character, not the color of their skin.”

Arguments about CRT in history tend to revolve around assertions in the “1619 Project,” a controversial piece that argues the institution of slavery was the nation’s true founding. According to its author, it also casts doubt on how U.S. history has traditionally been taught by emphasizing slavery’s influence on American society.

In a webinar last month, author Nikole Hannah Jones plainly stated that her project was intended to be supplemental to standard curriculum and that it was intentionally making an argument about how to view U.S. history.

Critics of anti-CRT measures have expressed concern that Republicans are forcing teachers to whitewash some of the injustices perpetrated against minorities in the U.S.

Andrew Spar, who serves as president of Florida’s teachers’ union, argued that “students deserve the best education we can provide, and that means giving them a true picture of their world and our shared history as Americans. Hiding facts doesn’t change them.”

According to the Orlando Sentinel, the union agreed with conservatives’ insistence on teaching key documents like the Declaration of Independence but also wanted those that “reflect a more diverse America than are represented in our founding documents.”

Gregory Sampson, a high school teacher in Jacksonville, said: I don’t think the governor and his fellow Republicans really understand what critical race theory does.”

He added: “It’s not a criticism. It’s a critique, a way of looking at how history has unfolded.”

DeSantis’ office has maintained, however, that rather than encourage critical thinking, emerging social studies curricula are teaching students what to think, or indoctrinating them, rather than how to think.

“The bottom line and objective of education is not to introduce ideology and fight political battles – it’s to prepare our students to be great citizens,” said DeSantis Communications Director Taryn Fenske in a statement to Fox News.

“It’s not telling you what to think, but how to think, and to think critically – with the ultimate goal of ensuring Florida students become well-rounded, civically minded, productive members of society.”