A woman alleged to have had sex with a married chief superintendent in a car park is a well-known football star’s wife, it has been claimed.

Gareth Blair, 48, was reportedly found engaged in sexual activity with the woman who is not his wife, said to be 40, at a park-and-ride in Hermiston last week after she met him at the gym.

The woman’s husband is a prominent Edinburgh football player who has played for Scottish clubs including Heart of Midlothian (Hearts), the Daily Record reported. 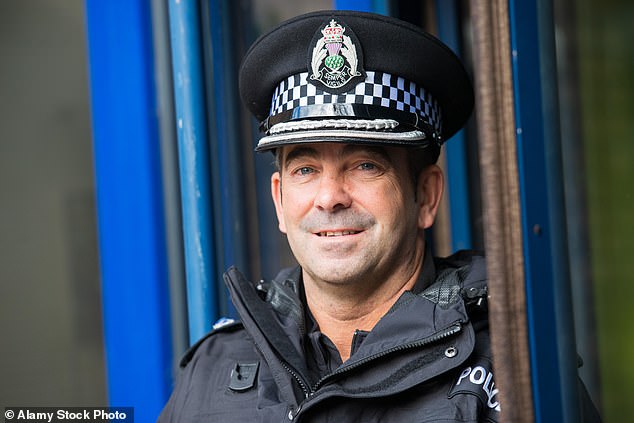 Gareth Blair, 48, was reportedly found engaged in sexual activity with the woman, said to be 40, at a park-and-ride last week

A police source told the paper: ‘Her name is being freely spoken about in stations and people are wondering if she’s going to be charged.’

Blair, who became Commander of Edinburgh Division in June, was arrested after his colleagues responded to complaints from the public – and has been suspended pending an investigation.

A spokesperson for the Police Investigations and Review Commissioner told MailOnline: ‘We are investigating allegations of potential criminality against an officer of Police Scotland and it would be inappropriate to comment further on a live enquiry.

‘The matter was referred to the Police Investigations and Review Commissioner (PIRC) by the Crown office and Procurator Fiscal Service (COPFS) and a report on the Commissioner’s findings will be submitted to them in due course.’ 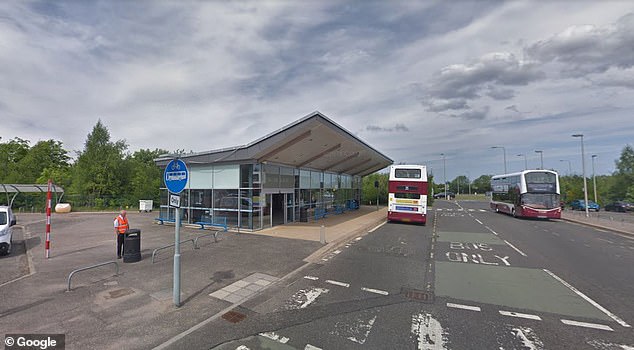 A witness had reportedly said the female was ‘very attractive’, and added that two police officers attended the park and ride in Hermiston and spent ‘just seconds’ questioning Blair (pictured: Hermiston)

A witness had said the female was ‘very attractive’, and claimed that two police officers attended the park and ride in Hermiston and spent ‘just seconds’ questioning Blair, the Scottish Sun reported.

‘The circumstances have been highlighted to the Crown Office and Procurator Fiscal Service (COPFS) who has instructed the Pirc to investigate.

‘Police Scotland will fully co-operate with the Pirc’s inquiries.’