France came to a standstill on Thursday as strikers across the country took to the street to protest the latest round of pension reforms Emmanuel Macron proposed. Video shared online captured the moment staffers of transport operator RATP Group unanimously voting to extend the strike to Friday as social media users warned Mr Macron “a long winter” of discontent awaits the French leader. The strikers can be seen lifting their hands in the air when asked whether they are in favour of stopping transport for another 24 hours, with the group erupting into cheers after the majority is seen to be in favour of continuing the strike into Friday.

As many as 6,000 extra police officers were dispatched across Paris to keep protests under control as tourist attractions such as the Arc de Triomphe were sealed off to the public.

Further videos posted online showed large crowds of people came together to protest Mr Macron’s Government all over the country, with 5,500 strikers marching down the streets of Châteauroux, Central France.

Hundreds could be seen singing chants against the French President on the streets of Lyon and Montpellier.

Belgian MEP Marc Botenga also joined the strike in neighbouring France, posting a picture of himself and staffers on a private car on Twitter with the caption: “On our way to Paris to lend our support to the #December5Strike for worthy pensions. 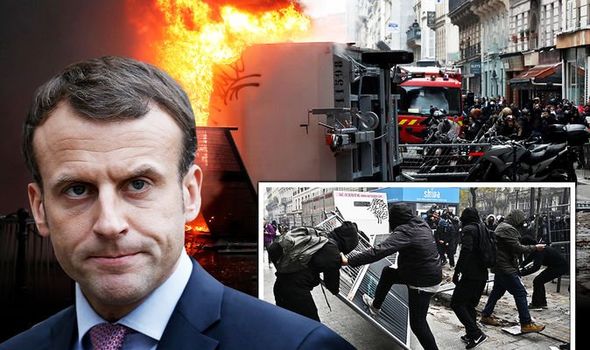 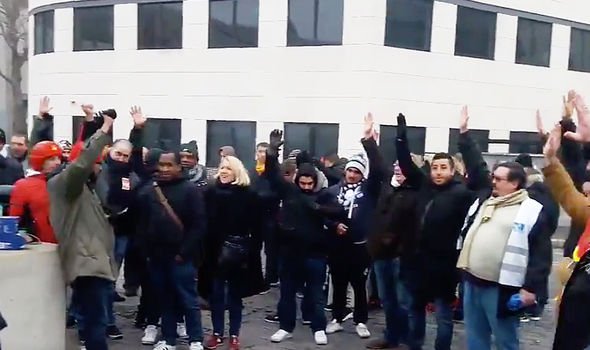 “In Belgium, mobilisation has forced the government to back down on the points pension. The attack is European. Our response will also be.”

Firefighters in Perpignan and Nantes also joined the strike, with one firefighter telling BFMTV: “We are ready to go on until the Government lets go.”

A man riding one of the few buses available in Paris told TCI that despite the “complications” he faced to get to work, he agreed with the strikers.

The man said: “I think they are right. It’s a bit late now because I have an appointment but I would have done well to join the strike.”

READ MORE: France in meltdown as workers revolt against Macron in WEEK of chaos 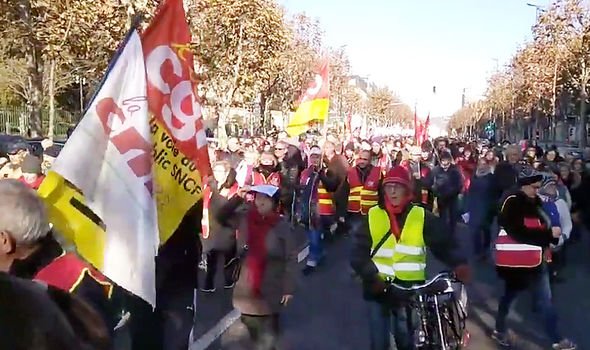 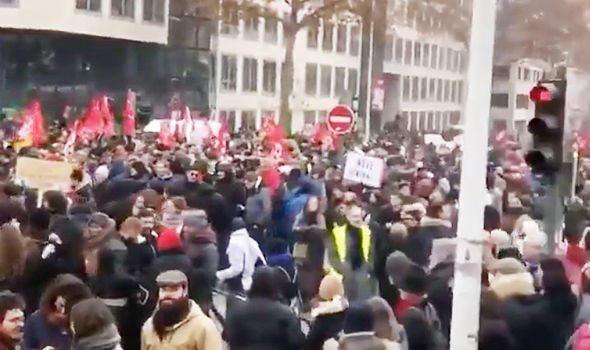 The strikes come on the back of more than a year of protests by the Gilets Jaunes (yellow vests) movement.

Mr Macron sparked the objection of the public after proposing to roll out a unified pension system to substitute the dozens of different schemes currently in place.

The new system would see workers earn points for each day worked which would then be converted into benefits for their future pension.

It comes as employees were forced to postpone their retirement after the pension age was increased from 60 to 62 over the past decade.

The website of the French Government warned of cancellations to Eurostar services between London St. Pancras and Paris Gare du Nord. 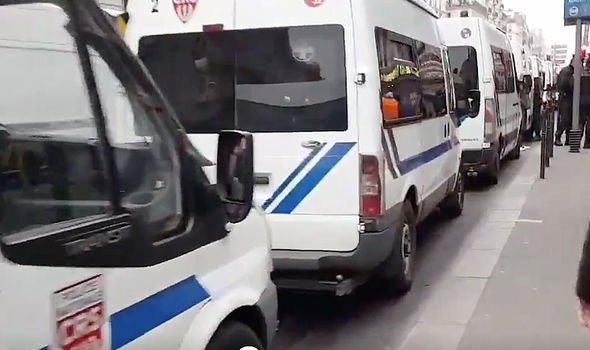 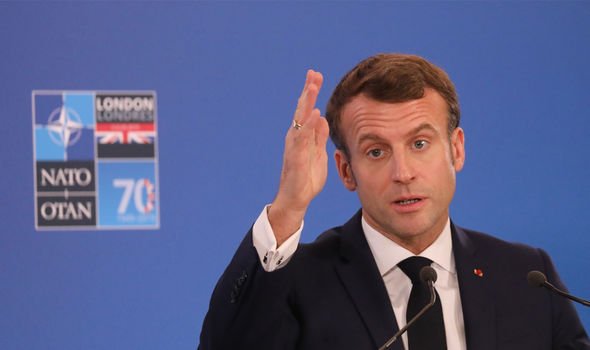 The warning said: “Significant industrial action is expected across France from Thursday 5 December for an unspecified duration.

“This will primarily affect transport and public services, with cancellations and severe delays to train, metro, bus and tram services expected from the evening of Wednesday 4 December.

“Disruption and cancellations to Eurostar services between London St. Pancras and Gare du Nord are expected.”

It continued: “Other international rail services such as those to the Netherlands, Belgium, Italy and Germany may also be affected.

“Industrial action at ports may cause delays and cancellations to some cross-Channel ferry services. You should check the website of your chosen operator before you set off.

“Strike action by Air France workers and air traffic controllers may also cause disruption to air travel. You should check services before travelling. Wider demonstrations are also planned across France, including a large authorised demonstration in central Paris on Thursday 5 December, leaving from the Gare du Nord at 2:00pm and finishing at Nation.”

END_OF_DOCUMENT_TOKEN_TO_BE_REPLACED

END_OF_DOCUMENT_TOKEN_TO_BE_REPLACED
Recent Posts
We and our partners use cookies on this site to improve our service, perform analytics, personalize advertising, measure advertising performance, and remember website preferences.Ok