Dominique Bilde, a member of Marine Le Pen’s right-wing French National Rally party, accused Brussels of imposing unwanted reforms on people while failing to lift them out of austerity or helping promote prosperity. She told the European Parliament in Brussels the EU’s policy of globalisation and mass immigration had led to widespread social problems across the bloc and warned urgent action was required to halt the slide.

Ms Bilde said: “The EU thinks it is dealing with reality when it produces its reports.

“But nothing is more false than this text on reducing inequalities and poverty.

“The majority pretends to forget that the EU means painful structural reforms imposed on the people, a quasi-religious vision of budgetary balance and austerity for all, the destruction of the labour code, the flexibility of employment and the suppression of social gains.” 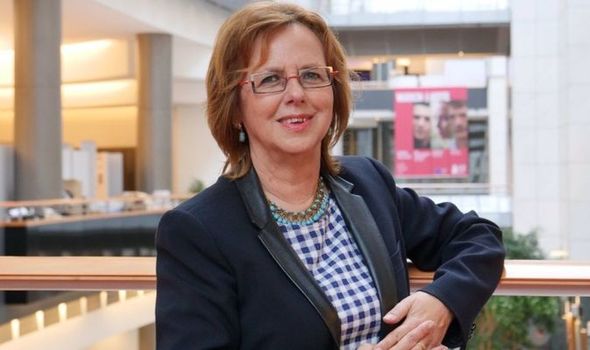 Ms Bilde attacked Brussels over its handling of the 2008 financial crisis and said millions of people were still feeling the impact of decisions taken at the time.

She said: “The management of the 2008 crisis threw millions of Europeans into poverty because of the catastrophic remedies that the troika put in place on our continent.

“Today you pretend to have forgotten the social bloodbath by presenting the EU as a social paradise for workers.

“Worse, you imagine it is the solution when it is indeed the problem.”

“You use all your energy to write down your dreams while your globalist policies are our nightmare.” 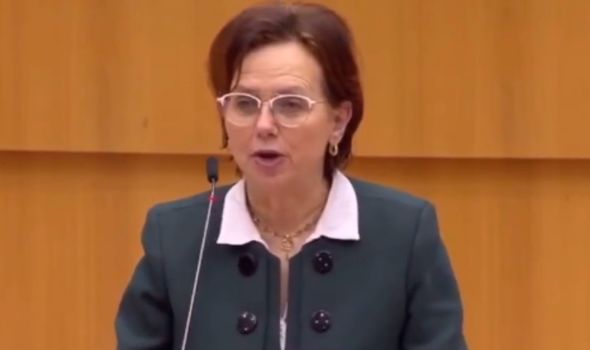 She continued: “Social dumping, unfair competition, the destruction of our public services, savage globalisation and massive immigration cause general impoverishment.

“I refuse to think outside of these realities. You want to heal the wound that you yourself have opened.

“However, it has never been so urgent to operate on the patient before death is imminent.

“Stop this hypocrisy and give the nations of Europe the freedom to act sovereignly for their people.”

The 67-year-old, who has been an MEP since 2014, has made no secret of her strident anti-EU position.

Last month she fired an explosive broadside at bloc’s leaders over their attitude to the UK in the wake of Brexit.

She said Brussels had failed to understand why Britain voted to leave and insisted Brexit had not been a disaster for the UK despite EU claims to the contrary. 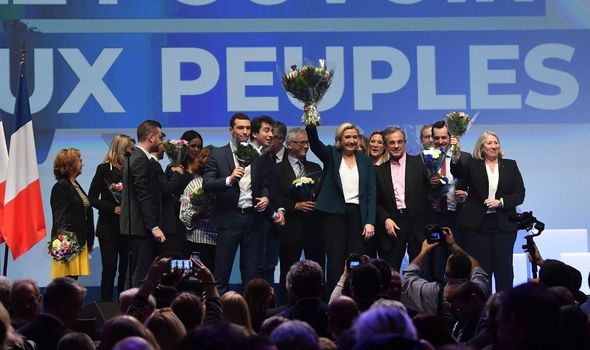 In a two-minute video posted on social media, Ms Bilde said: “The EU cannot digest the British decision to leave.

“After the announcement of the agreement between the EU and the UK, one feels that some have difficulty understanding that the city of London hasn’t sunk yet, that the British economy hasn’t collapsed as expected and that the Big Ben is still in place.

“We thought you had already done everything to make this climate of terror reign.”

Ms Bilde went on to criticise the EU for being “preoccupied” with the rights of British workers.

She said: “After having looked down on British voters, now you are pretending to take an interest in the fate of their workers.”