A clicker gadget that kept Allied troops safe in Normandy has been discovered just a stone’s throw away from the factory where it was created nearly 75 years ago.

The device, made of brass, could have been mistakable for a child’s toy and its only function is to make a loud click.

It became invaluable for paratroopers in Normandy to carry one of the small devices, as under the cover of darkness – it was a matter of life and death.

The clicker rose to fame thanks to a speech by John Wayne in the film The Longest Day when Wayne’s lieutenant colonel tells his battalion in the 1962 film: ‘This five-cent toy wasn’t issued to you for laughs. 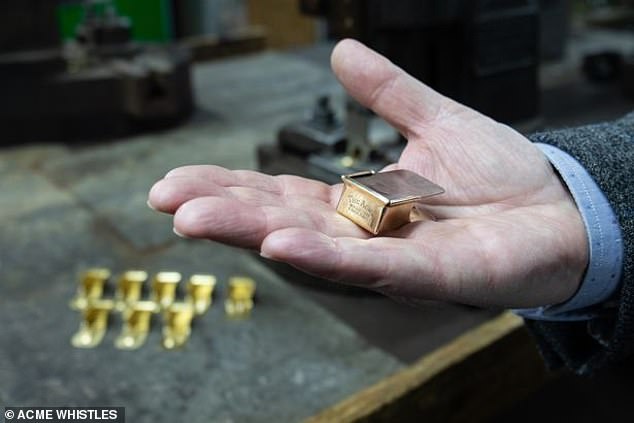 The clicker was originally made by Acme Whistles which is based in Birmingham. The factory made around 7,000 of the devices 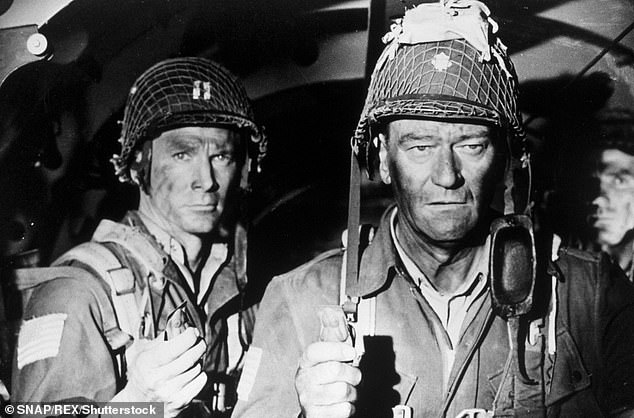 John Wayne pictured above in the 1962 film the The Longest Day. In the film they discuss the importance of the clicker

‘It may save your life. You’re going to be landing in the dark, and on the other side of that hedgerow a fella may not be wearing the same uniform you are. So: one click is to be answered by two clicks, and if you don’t get that answering click, hit the dirt, open fire.’

When he ended his speech, he cemented the fame of the clicker when he said: ‘Now hang on to this gimmick. It is as important as your weapon … Send ’em to hell.’

It was used by troops of the American 101st Airborne Division for their first 24 hours in Nazi-occupied France, but despite its importance, the clicker is a rare artefact to come about.

So rare in fact that the Imperial War Museum in Cambridgeshire has to display a replica because it has not been able to discover an original.

Now the company that made 7,000 of the clickers for the War Office in 1944 has managed to track one down after it launched a campaign to find one to add to its archives.

Acme Whistle Company was approached by a woman who was in possession of one of the clickers, which her father had brought back from France.

Simon Topman, who owns the factory in Birmingham told The Times that as the campaign has gone on, they now believe there are around 12 genuine clickers to be found.

‘We had assumed that most of them would be overseas, probably in America, but quite amazingly we found one that is minutes from the factory.’ 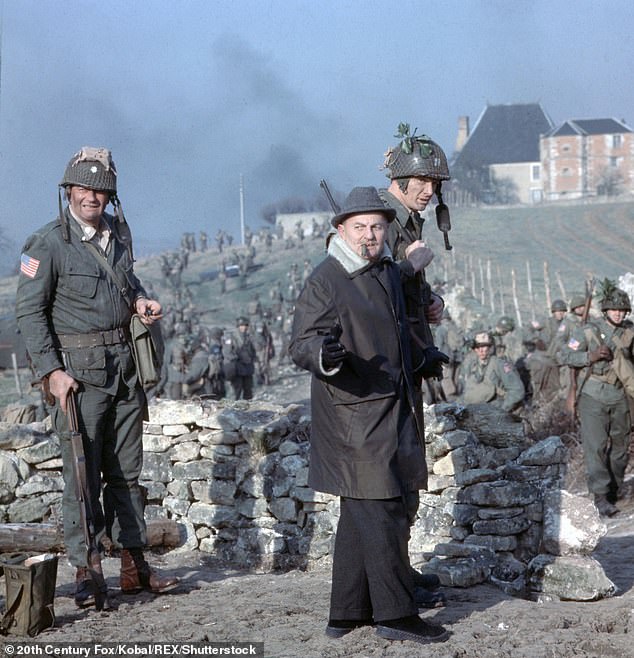 Wayne’s lieutenant colonel tells his battalion in the 1962 film: ‘This five-cent toy wasn’t issued to you for laughs’ when talking about the clicker

He added that many people had come forward with their clickers, not knowing they were counterfeit.

‘They’re pretty rare, as we have discovered because we never kept one, hence our little campaign to try and find people who may still have one.’

The example can now be viewed in the showroom of the factory and belonged to an officer in the Royal Army Ordnance Corps, Geoffrey Kemp Bond.

Bond died in 1997, aged 91 and had not been involved in fighting, as he arrived eight days after D-Day and instead had been tasked with helping lorries to supply advancing troops.

His daughter Liz Campbell, 72, said she had nearly missed the appeal and hadn’t realised the significance of the clicker.

‘It was my husband who found it in my dad’s possessions and put it in the top drawer in our study’, she said.

Her father went on to be the headmaster of Bishop’s Stortford Prep School and it is not known how he acquired the clicker, however Mr Campbell, whose great uncle had been Field Marshal Bernard Montgomery, read about the appeal and made contact with the factory.

The factory still makes whistles for Premier League referrers and Mr Topman added that they had made the clickers after being taken over by the War Office.

‘During the 1920s this company made a whole load of whistles for the age of jazz — bird sound effects, train sound effects.

‘At the same moment we did this thing called the band leader’s clicker. Instead of counting in 1, 2, 3, 4 they would go click, click, click, click. When they got a call saying, ‘We want 7,000 of them,’ I imagine they would’ve been flabbergasted. What did they want with them?’