Girl, 17, who killed herself after 'failing' school exam had actually passed but didn't know, sister reveals

A teenage girl who killed herself over failing a high school exam had actually passed, her family has said.

High school student Anamika Arutla, 17, was one of 26 students who took their own lives after exam results were revealed in India in April. 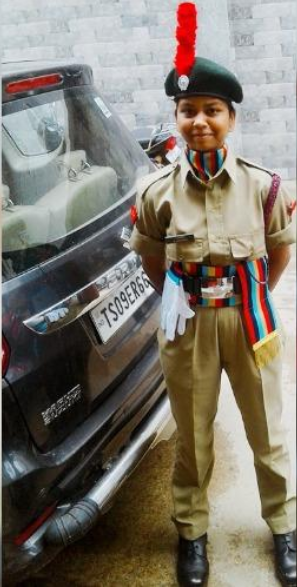 Preliminary results released by the Telangana Board of Intermediate Education revealed Anamika had failed her intermediate first year (Class 11) examinations.

That same day, the teenager took her own life at her grandmother's home at Bansilalpet in Secunderabad, the Hindustan Times reported.

In an attempt to double-check the results, her sister downloaded the marks sheet 44 days later to find that Anamika had, in fact, passed.

But within hours educators had again changed their stand and said she had indeed failed.

The website showed that she had scored 21 marks out of 100 in Telugu, a language spoken in some Indian states.

I think this is not a suicide by her. This is surely a murder by the government."

The education board claimed there had been a "clerical error".

Secretary A Ashok said in a statement: “She did not get 48 marks but secured only 21, which was just one mark more than the original marks."

He added none of the 26 students who were reported to also have taken their own lives had passed the examination, saying: "They would have anyway failed even after re-verification."

Anamika's elder sister Udaya told NDTV: "I think this is not a suicide by her. This is surely a murder by the government."

She also wrote in a column on Filter Kaapi, saying: "When I learnt about the marks, I knew there was some mistake because she had secured 8 GPA in Telugu in class X. But Anamika did not wait to find out what that mistake was.

"She was brave, she was in fact, in the NCC and her Sir would say he has not seen a more brave girl.

"Anamika aspired to be the best NCC cadet in school and college and then become an Army officer. She was full of dreams and hope.

If the marks she got now had been declared on 18th April, she would have been alive today."

"I know my sister will not come back. But I want to fight for justice for her and also for my parents.

"And I want to tell all youngsters, whether you pass or fail, don’t commit suicide. You may go but you will leave those behind in a lot of pain.

"What is even more traumatic in Anamika’s case is that if the marks she got now had been declared on 18th April, she would have been alive today.

"She would have happily gone to a NCC camp in Delhi, for which she was selected. She had attended an interview 10 days before she died and we got the result just last week."

Anamika lived with her grandmother in Hyderabad so she could attend a better school.

Her father is a vegetable merchant and her mother is a housewife.

Child rights association president P Achyuta Rao said it was "a clear case of goof-up by the board" and he called on the secretary to be arrested on "charges of abetting suicide".

Widespread irregularities and clerical errors were reported in the exams, prompting protests by students and parents, and leading to a recounting of marks and re-verification of answers for students who were reported to have failed.

Lat year, a British schoolgirl killed herself after visiting a suicide chatroom on the dark web.

Leilani Clarke, 16, felt like she had "no hope" after receiving disappointing mock GCSE results – turning to the internet's underworld that preys on the vulnerable, an inquest was told. 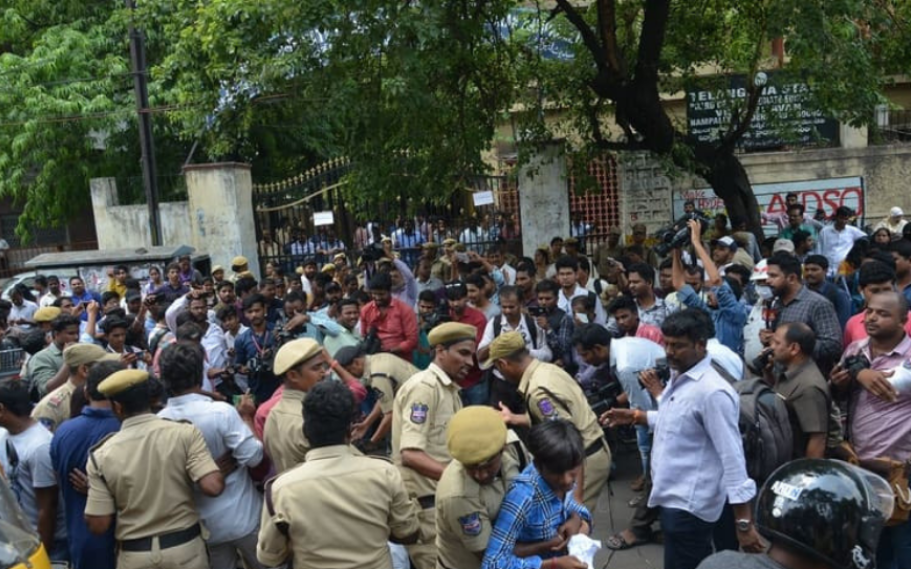