Girl, 2, dies after 'falling from pony' during hunt event in Yorkshire

Girl, two, who died after falling off pony during hunt meeting in Yorkshire ‘was thrown off animal when it became spooked while she was riding with her family’

A two-year-old girl died after falling off a pony when it became spooked during a hunt meeting in Yorkshire, according to locals.

The horrifying incident is said to have happened in front of the girl’s family during The Bedale Hunt on Wednesday.

Emergency services were called to the scene but the girl subsequently died as a result of her injuries.

One villager said: ‘The timing of the accident chimes with when we heard the hunting horn.

‘I understand there were three horses with a toddler and a very young toddler. The young one must have slipped off.’ 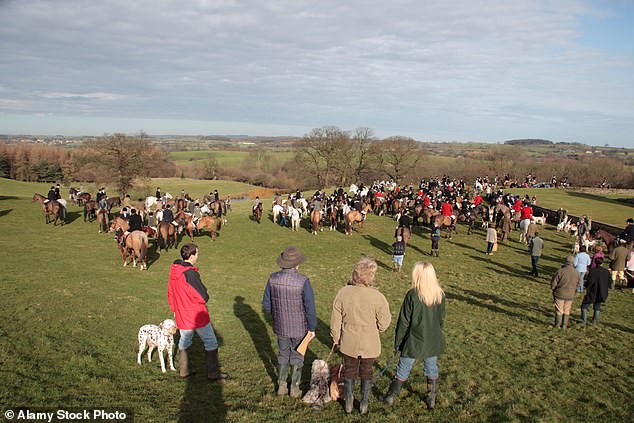 The horrifying incident is said to have happened in front of the girl’s family during The Bedale Hunt on Wednesday. Picture from 2007

The villager added: ‘I am sure it is the same family as I saw as I was driving around the lanes in my Land Rover about a week or so ago.

‘I passed three people with a very little youngster. The grown up you would expect to wave and they did.

‘The older youngster was being taught the same sort of politeness. Then this tiny toddler, waving like a toddler, did exactly the same thing.

‘Then when I heard what had happened I thought ‘Oh, my goodness’. It’s tragic.’

News of the tragedy spread around the village on Saturday night. ‘I was as shocked as everybody,’ he added.

Another villager added: ‘The whole village is shocked. It is a terrible, terrible tragedy.’

Another local said: ‘All we can think of is that something must have spooked the horse.

‘Hardly anything ever happens around here so the entire village is taking about it.’

Another added: ‘Most people were out when the accident happened. We heard it was a little girl who was riding.

‘It happened in the fields behind our house rather than in the road. The air ambulance flew over our house and landed in a farmer’s field.

‘It was absolutely tragic.’

The accident happened on Penfold Terrace, a country lane leading out of the village into surrounding fields.

Local residents rushed out of the nearby houses to help after hearing the commotion.

The hunt are known to frequently hunt on the nearby fields. The family is believed to live locally. 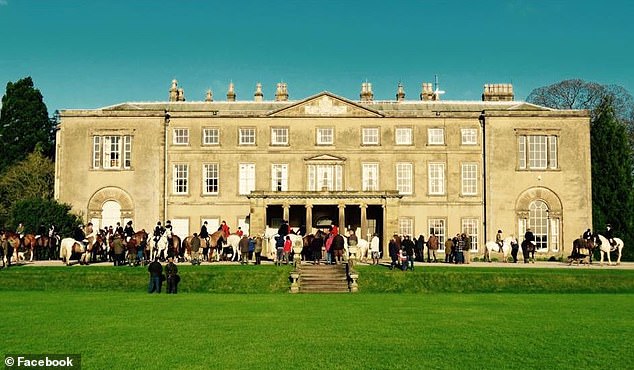 The accident happened on Penfold Terrace, a country lane leading out of the village into surrounding fields. Local residents rushed out of the nearby houses to help after hearing the commotion. Pictured: The Bedale Hunt

The hunt said: ‘We can confirm that a tragic accident happened on Wednesday, 15th September, when a two-year-old girl fell from her pony and subsequently lost her life.

‘As a community we are all completely devastated but are pulling together to support the family involved.

‘Our sincere condolences go to all those affected and we urge that everybody respects the family’s privacy during what is a very distressing time.’

North Yorkshire Police said last night that it was compiling a report on behalf of the coroner.