The Victorian government is confident the closure of the Yallourn power station will not send household bills soaring when it shuts down in seven years and says there is “sufficient” time to find a replacement electricity source.

EnergyAustralia told the state government a few months ago it planned to close the ageing Latrobe Valley power plant four years earlier than it had and committed to working on a multimillion-dollar transition plan and support package for its 500 employees. 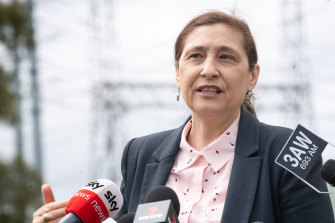 “It is a sad day for all the workforce and I’m sure they will be having some very difficult conversations around the lunch tables and certainly the dinner tables tonight,” Energy Minister Lily D’Ambrosio said on Tuesday.

Yallourn supplies up to 22 per cent of the state’s electricity, and EnergyAustralia plans to build a massive battery to help compensate for that loss.

Ms D’Ambrosio said she was confident Victoria had “sufficient” power to meet the state’s demands, and anticipated an influx of renewable energy into the national energy grid by mid-2028, when Yallourn is set to close, to keep retail prices down.

When Engie shut down the Hazelwood power station in 2017 with only six months’ notice, wholesale prices in Victoria were up 85 per cent on 2016, according to the Australian Energy Regulator. And for the first time in almost a decade, the state relied on energy from interstate to meet its needs.

“We’ve got 5000 megawatts of power supply that will be built between now and then,” Ms D’Ambrosio said.

“I don’t anticipate that we will see the price volatility that we saw as a result of Hazelwood. Putting downward pressure on prices is the function of a well-planned, well-managed transition – seven years is plenty of time for us to work through and get it right.”

Yallourn, which has been operating for 100 years, is the nation’s most carbon-intensive power generator. EnergyAustralia chief executive Catherine Tanna said closing the plant would reduce the company’s emissions by 60 per cent on today’s levels.

However, the Victorian Coalition slammed the Victorian government for failing to properly plan for the potential early closures of coal-fired power plants after Engie abruptly shut down its Hazelwood mine.

Opposition jobs spokesman, Matthew Guy, said the government had failed the Gippsland community, whose economy has been ravaged as a result of the shutdown of Hazelwood, the government’s decision to ban logging, the 2019-2020 bushfires and the coronavirus pandemic.

“To shut [Yallourn] with nothing to come next is to rip the guts, rip the hearts and soul of the valley,” Mr Guy said. 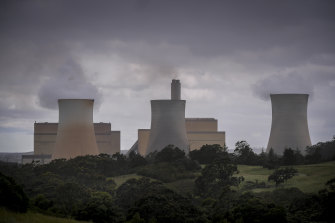 The Yallourn coal-fired power plant is shutting down in 2028. Credit:Eddie Jim

“And this Labor government could not care less – there is no Plan B for them. They don’t care if there’s a Plan B. Daniel Andrews makes out that he cares for all Victorians, but he does not. He hasn’t been there for the Hazelwood workers, he’s not going to be there for these Yallourn power station workers.”

“Ask yourself this: what does it say about the soul of the state government, of our Premier who cast aside hundreds of workers to allow the heart and soul of the Latrobe Valley to be ripped apart? And the government just shrugs their shoulder and says ‘Oh well, the balance sheet might be better’.”

Only 306 workers of the 850 who took part in a job transition scheme after Hazelwood, and the nearby Carter Holt Harvey timber mill, shut down in 2017 were in full-time employment after two years.

“This is a coal plant in Victoria that’s the dirtiest in the entire country and it’s bringing forward it’s closure date by four years – that is still too late when we’re in a climate emergency,” Ms Sandell said.