A “GRINCH” neighbour sent a note to a family saying there will be “hell to pay” if they put on a big Christmas lights display.

The anonymous threat was sent to a family in Brisbane, Australia after they promised a “bigger and better” display of festival lights – after wowing locals at Halloween. 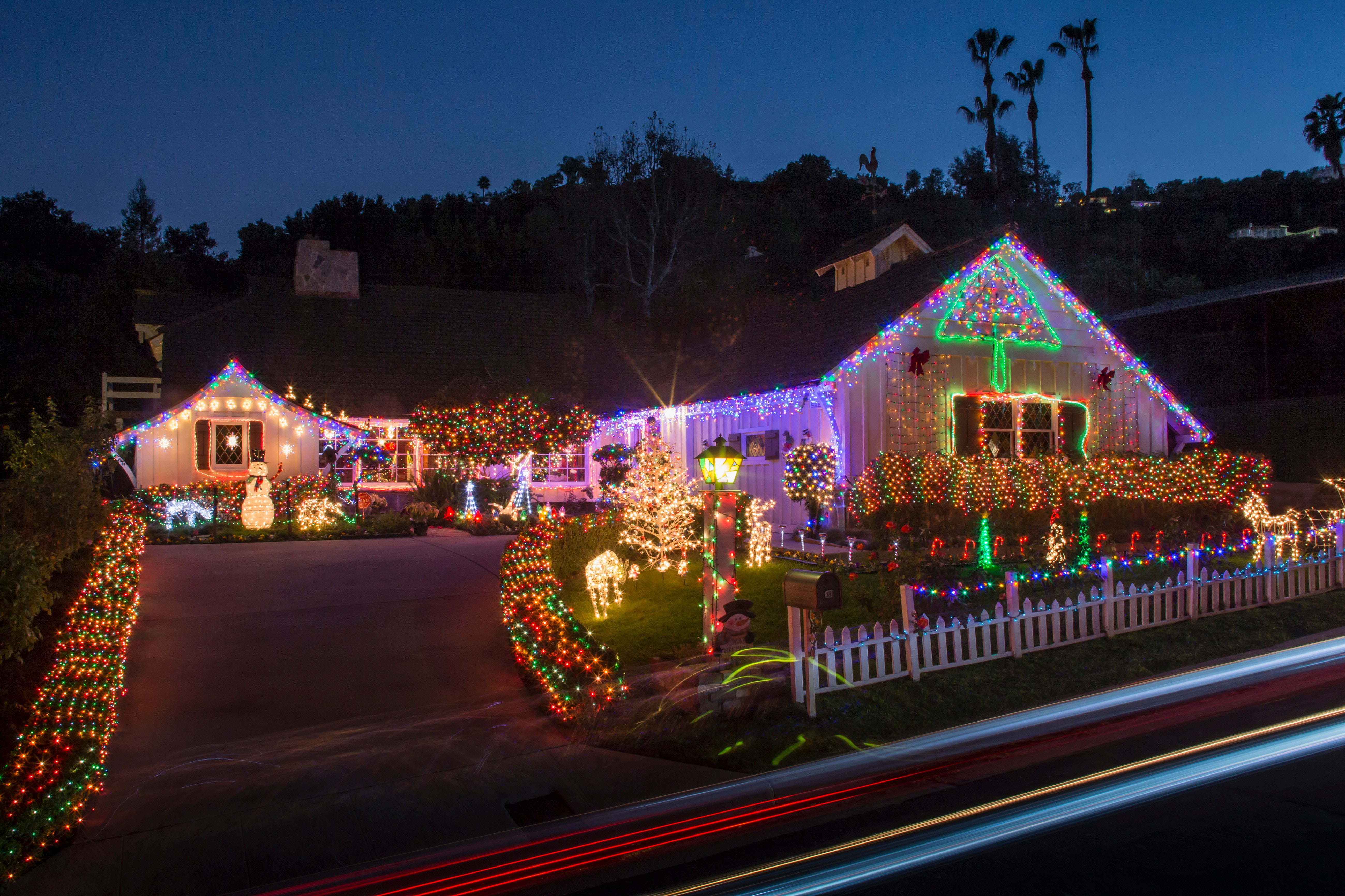 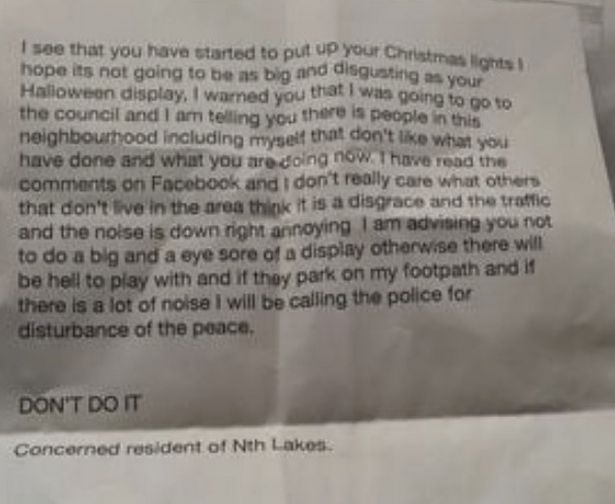 The miserable "grinch" even demanded that the family don't decorate their house at all for Christmas, as it is "down right annoying" and would attract noise and traffic.

The note, sent to the family on Monday, reads: “I see that you have started to put up your Christmas lights.

“I hope it’s not going to be as big and disgusting as your Halloween display.”

“I am telling you there is people in this beighnourbood including myself that don’t like what you have done and what you are doing now… it is a disgrace and the traffic and the noise is down right annoying.”

The cranky neighbour added: “I am advising you not to do a big and an eye sore of a display otherwise there will be hell to pay and if they [spectators] park on my footpath and if there is a lot of noise, I will be calling the police for disturbance of the peace.”

They ended the letter with: “DON’T DO IT.

A snap of the note was shared to Facebook and attracted more than 600 commenters, who slammed the “grinch” that wrote the letter as “gutless”.

Others urged the family to go ahead with the big display despite the threat.

One wrote: “Don’t give in to idiots who don’t like traditions.

“Just because they like it doesn’t mean others won’t.”

Many neighbours even offered to decorate the entire street in an act of protest against the “grinch”.

One said: “Just go big!!! Your halloween display looked amazing and if you can do a bigger and better Christmas display then go for it.”

But the festive family promised to tone down the display – rather than risk a conflict with neighbours.

They wrote: “We have decided to do a display, but not as big as we intended.

“Hopefully it will still bring a smile to people’s faces that do come and have a look.”

END_OF_DOCUMENT_TOKEN_TO_BE_REPLACED

END_OF_DOCUMENT_TOKEN_TO_BE_REPLACED
Recent Posts
We and our partners use cookies on this site to improve our service, perform analytics, personalize advertising, measure advertising performance, and remember website preferences.Ok