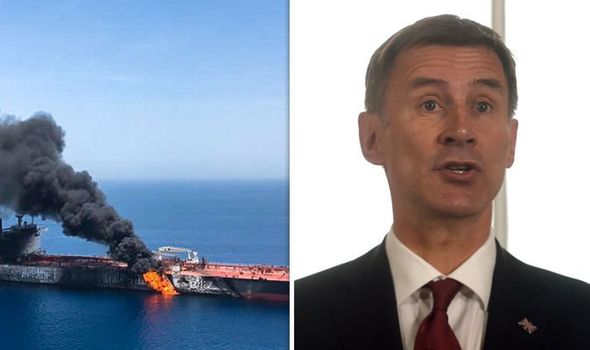 On Saturday, the ambassador was asked for an explanation and correction after Britain echoed US accusations, according to ISNA. The semi-official Students News Agency reported: “During the meeting with Iran’s foreign ministry official, Iran strongly condemned the unfounded allegations and criticised Britain’s unacceptable stance regarding the attacks in the Gulf of Oman.” However, a British foreign ministry official said the report was false and the ambassador has not been summoned.

Mr Hunt said no other state or non-state could have been involved.

He said in a statement on June 14: “It is almost certain that a branch of the Iranian military – the Islamic Revolutionary Guard Corps – attacked the two tankers on 13 June.

No other state or non-state actor could plausibly have been responsible.” 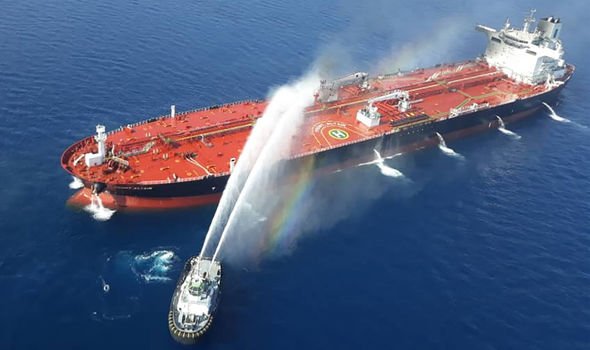 The attacks have sparked fears of a confrontation in the oil shipping route of the Strait of Hormuz during a time of peak tensions between the US and Iran.

It comes as reports surfaced saying Iran fired a missile at a US drone before the oil tankers were attacked.

A US official said the missile missed the aircraft and landed in the water, according to CNN. 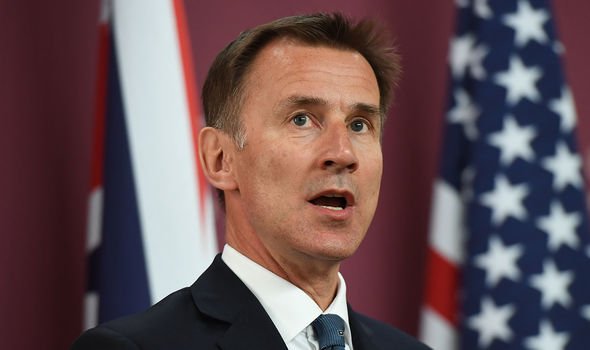 However, they did not disclose whether the US saw vessels attacking the tankers.

The same official said just days prior to the attack, a US reaper drone was shot down in the Red Sea by an alleged Iranian missile fired by Houthi rebels.

Secretary of State Mike Pompeo blamed Iran for the attack on the tankers on Thursday.

He said: “Iran is lashing out because the regime wants our successful maximum pressure campaign lifted.

“The international community condemns Iran’s assault on the freedom of navigation and the targeting of innocent civilians.”