Posing with his ‘AK-47’: Gun-obsessed teen, 16, who blasted schoolboy rival, 15, in the face with shotgun is pictured brandishing replica rifle in Facebook YEARS before horrific shooting attack

A gun-obsessed teenager ‘ambushed’ a 15-year-old boy and shot him in the face with a double-barreled shotgun as he walked to school near Ipswich.

Jacob Talbot-Lummis, 16, took his father’s car to the scene in Kesgrave and laid in wait for more than an hour before shooting the victim from less than five feet away.

It came as chilling photographs were revealed of Talbot-Lummis proudly posing with a replica AK47 assault rifle given to him by a family friend as a younger child.

The juvenile defendant has been named for the first time after a judge lifted a reporting restriction that previously had banned his identification.

Ipswich Crown Court heard that Talbot-Lummis ‘didn’t show any mercy’ as he ‘ruthlessly executed’ a plan to attack the boy on the first day back at school since lockdown restrictions eased on September 7 last year.

The teenager said in evidence that he wanted to ‘scare’ the boy, who he claimed had caused him ‘humiliation and fear’. He also said he had fired the gun unintentionally.

But jurors rejected his version of events and convicted him of attempted murder. He was sentenced to 24 years’ imprisonment yesterday. 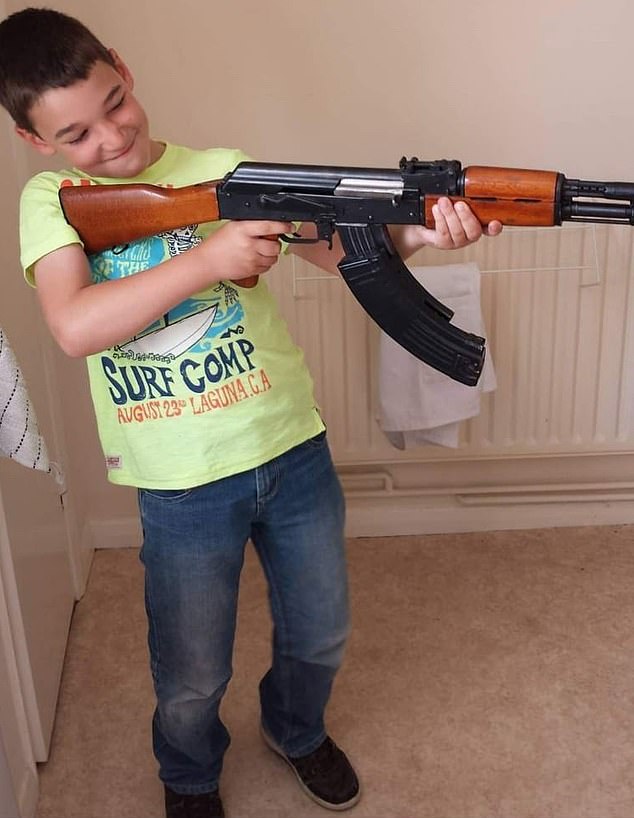 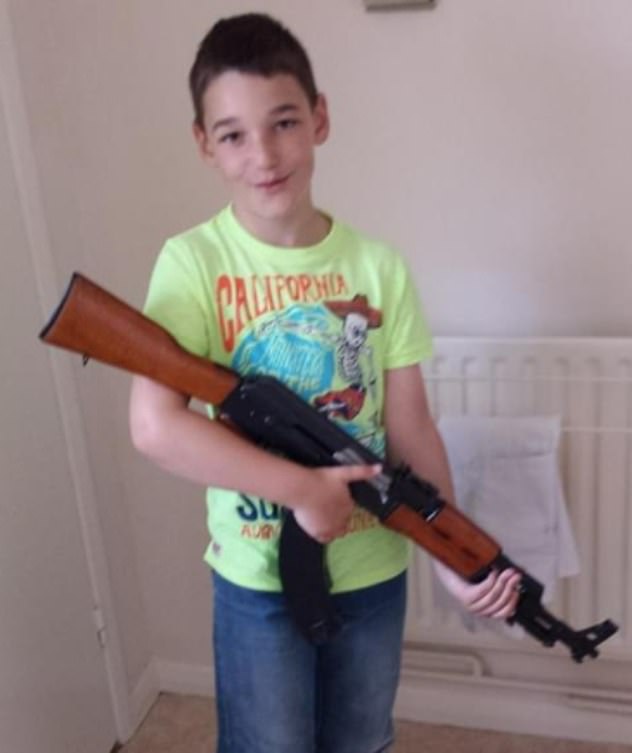 Talbot-Lummis, pictured posing with a replica AK47, has been named for the first time 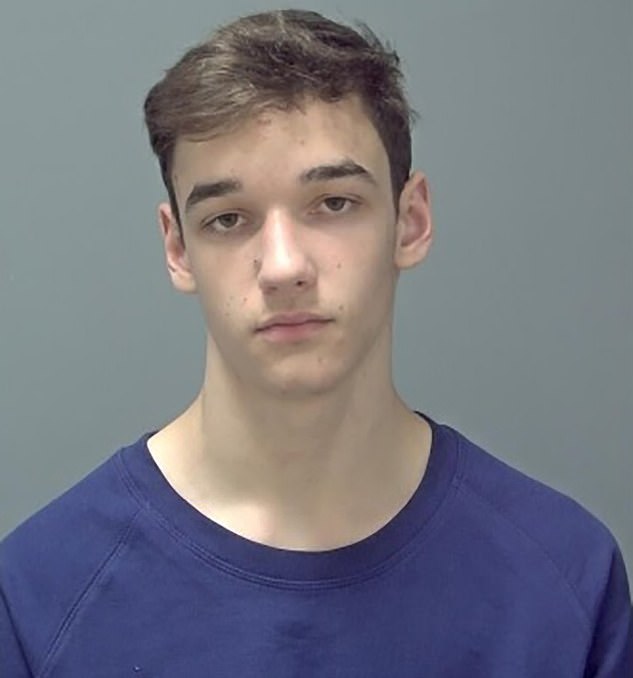 Talbot-Lummis, 16, has been jailed for 24 years after being convicted of attempted murder

The victim, who cannot be named for legal reasons, survived the shooting, but suffered ‘unimaginably serious injuries’ and is still ‘reliant on his family’.

A trial heard that Talbot-Lummis had played a virtual reality computer game called Blood Trail the day before the shooting.

A friend of his told the court that the game is ‘hyper-realistic in its violence’ and the defendant ‘adores it’.

The court heard that Talbot-Lummis played computer games ‘obsessively’ and they were ‘a factor for the onset of violent fantasies’ he had.

Talbot-Lummis drove to the scene before shooting the victim with his grandfather’s Beretta. 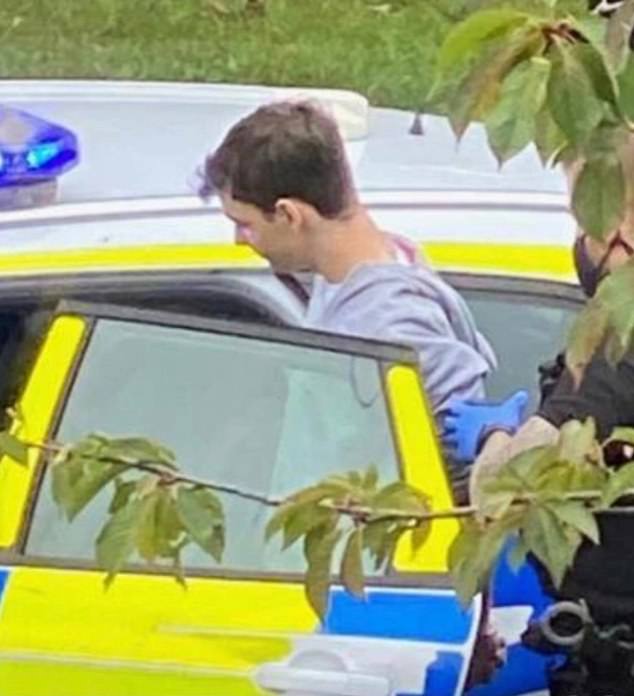 Talbot-Lummis pictured escorted into a police car. He has been jailed for attempted murder 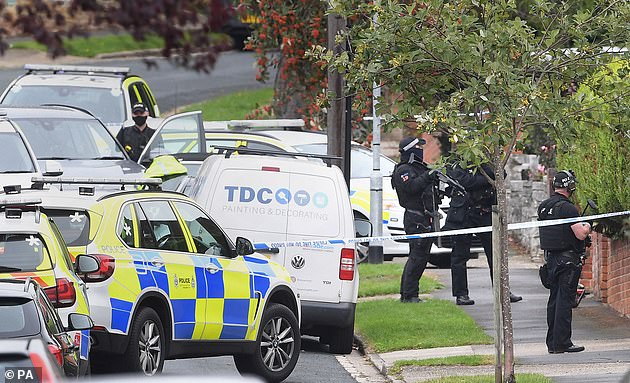 Armed police officers outside a property on Westwood Avenue, Ipswich, a few miles from Grange Farm in Kesgrave, Suffolk, where police were called to reports of the shooting

Diana Ellis QC, mitigating, added that Talbot-Lummis had ‘expressed his regret and remorse’ about the shooting.

Judge Martyn Levett said: ‘The intention to kill wasn’t formed on the spur of the moment. This was all pre-planned and pre-meditated.

‘You had this obsessive interest in all kinds of firearms and had become entrenched in watching computer games online.’

‘I don’t accept there was bullying of the scale or the degree suggested.’

The judge also voiced concern about ‘the frequent glorification of shooting a character on screen’.

The court heard Talbot-Lummis also had a ‘haul’ of lawfully held BB guns in his bedroom. 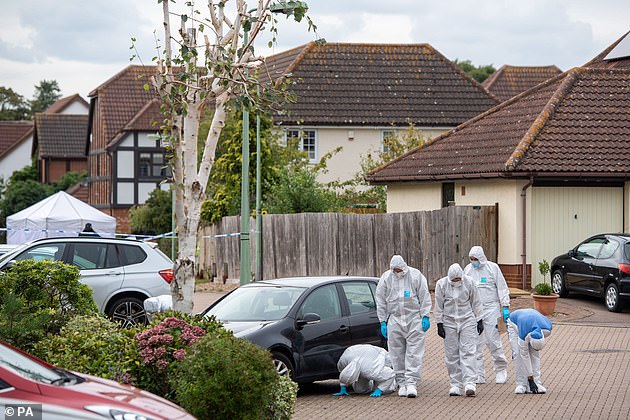 Forensic officers conducting a search on Friends Walk, Kesgrave, Suffolk, after the shooting 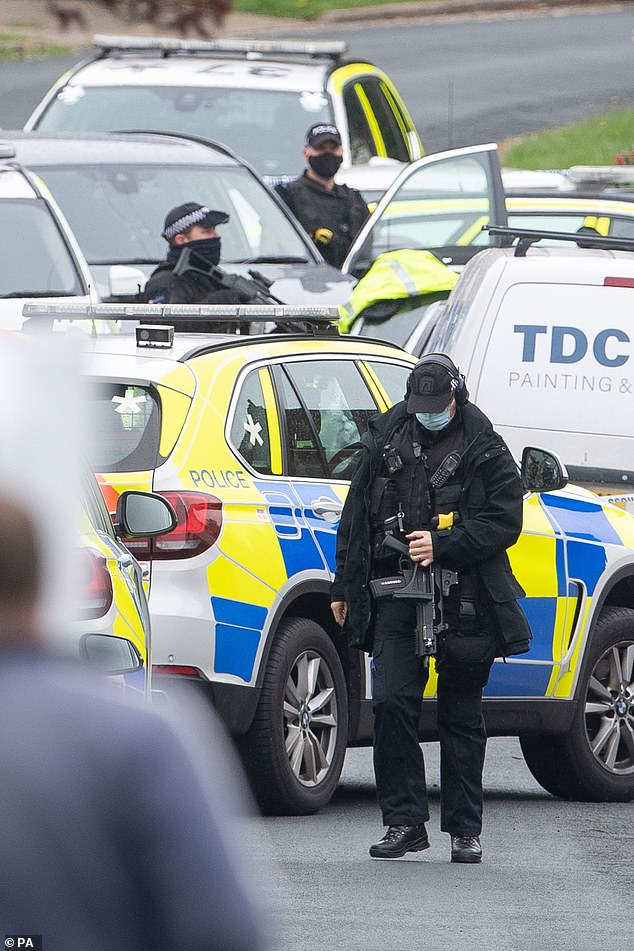 Judge Levett said: ‘If you wanted to scare (the victim) you could have used one of your own authentic looking guns.’

The court heard that the victim still suffers flashbacks to the shooting and continues to be ‘reliant on his family’ due to the injuries suffered.

Passing sentence, Judge Levett said he had the ‘protection of the public in mind’ as he imposed an extended sentence of 24 years in prison and five years on licence.

He added: ‘That sentence will affect you until you’re 45 years old.’