‘Hard to fault it’: Life inside fortress WA 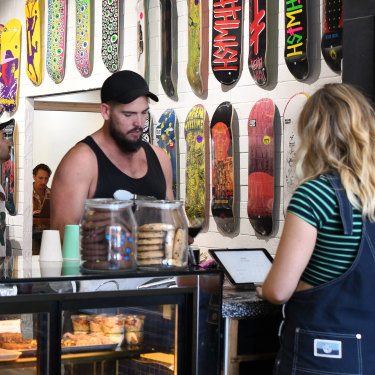 It’s not even noon and Oliver Tallis is already run off his feet. Customers line up along his cafe counter and every table is busy with digital nomads and parents with young children. 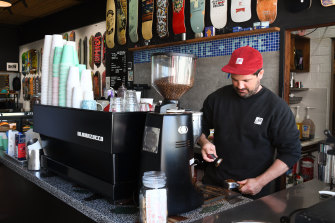 In sun-kissed Scarborough, a coastal suburb north of Perth, it feels like the weekend has come in early. Dozens of surfers crowd the beach. Couples walk the dog down the promenade and children shriek in the playgrounds.

The only reminders of the coronavirus pandemic are the mandatory check-in QR codes and bottles of unused hand sanitiser on the counter. There are no crowd restrictions, no two-square-metre rule, no face masks.

Mr Tallis can’t believe his luck. Most of his friends are locked down in NSW and Victoria as those states battle to curb the spread of the highly infectious Delta strain of COVID-19. The rest are stuck overseas in Norway and Switzerland.

To protect this way of life, Western Australia sealed itself off indefinitely from NSW on Thursday and flagged Victoria could be next if it reaches 500 cases a day.

The new border rules effectively erase exemptions on compassionate grounds and allow only defence, state and federal officials to travel to WA, reducing the number of arrivals from NSW to just a handful a week.

It comes as WA continues to cling to its zero-COVID policy, pledging to keep early circuit-breaker lockdowns and strict border controls with other states, a strategy that has propelled Premier Mark McGowan’s popularity to celebrity status.

WA’s success quashing the virus – with its last case in the community recorded in June –has opened the state’s doors to concerts and events with no crowd restrictions and, for the first time in history, has placed the state as the frontrunner to host 60,000 mask-free fans for the AFL Grand Final.

But WA’s go-it-alone attitude and us-versus-them rhetoric has caused friction between Mr McGowan and the Commonwealth and antagonised the leaders of other jurisdictions, particularly NSW Premier Gladys Berejiklian.

When Prime Minister Scott Morrison referred to West Australians as “people who want to stay in the cave”, Mr McGowan was quick to return serve. 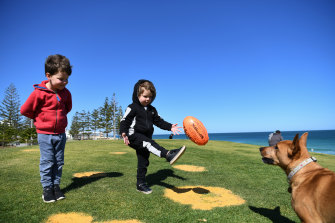 “I think everyone would rather just see the Commonwealth look beyond NSW and actually appreciate what life is like here in WA,” he said.

“We currently have no restrictions within our state, a great quality of life and a remarkably strong economy which is funding the relief efforts in other parts of the country.”

As other states look to 70 and 80 per cent vaccination targets as the key to a move away from lockdowns and border closures, Mr McGowan has made it clear he will keep the tools in his arsenal until phase D of the national plan is reached – a move which will probably keep WA a hermit kingdom until early 2022. 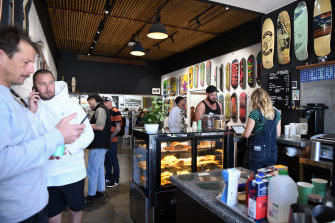 The diversion from the national agreement has received little pushback from the WA public, with a July poll revealing 43 per cent of West Australians supported lockdowns being called in response to a single community case, compared to 11 per cent nationally.

For people like Mr Tallis, the prospect of enjoying the freedoms that come with living in a COVID-free state offset the draconian government measures.

“Look at the way we’re operating, you still get to live a normal life,” he says.

“I think that [Mr McGowan] made the right calls in that department. It’s hard to fault it when you still get to run your business and hang out and do stuff.”

At Scarborough’s waterfront, retiree Greg Starke says he feels like he is living in an oasis as he scores the performances of his mates in the surf break.

He only thinks about COVID-19 when he reads the news. The rest of the time, weather conditions and choosing where to meet his mates after a surf are the extent of his worries. 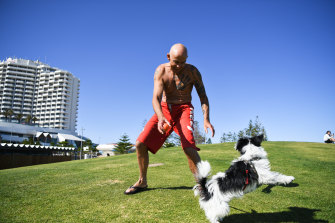 “For a while, I was concerned that we were perhaps too wrapped up in cotton wool here,” he said. “But something must be working if we feel so lucky to be living in the environment that we live in.”

Mother-to-be Amanda Valentine agrees: “Mark McGowan has handled this like a pro. I love him.”

Ms Valentine will face the birth of her daughter without the support of her two sisters, who live on the Gold Coast, but trusts Mr McGowan’s response to COVID-19 will keep West Australians safe, even if it means being separated from family.

“He will make sure that COVID won’t come to Perth and if it does, he will go straight back into lockdown. That’s exactly why we don’t have any cases.”

Rosy economic conditions spurred by the mining industry and Mr McGowan’s unrivalled popularity have created a wave of interstate migration not seen since the mining boom a decade ago, as more Australians look for refuge and certainty in WA.

Holiday towns like Broome and Exmouth are seeing record-breaking tourist seasons, as West Australians choose to holiday in their own backyard amid fears of sudden border closures. 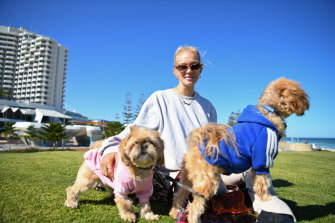 April Valentine is fearful of facing the birth of her second child alone due to border restrictions but remains supportive of WA’s COVID approach.Credit:Marta Pascual Juanola

“Not being able to leave effectively, people in Western Australia have been moving more around the regional parts of WA for holidays and work and other things and that has pulled together what was more of an urban-rural divide to what is more of an ideology about Western Australia as a whole.”

But there are fears WA may be living on borrowed time, with an outbreak of the Delta strain inevitable due to rising case numbers in the east.

With a hospital system already in crisis without COVID-19 and alarmingly low vaccination rates among the state’s Indigenous population, one thing is clear: WA is not ready.

Mr Tallis knows the future lies away from the border restrictions and snap lockdowns, but with no real alternative on the table, when fortress WA’s walls finally come down is unknown.

“I think in the long term we are going to have to get used to living with it,” he says.