‘Have a conscience!’ Republican rages at Democrats ‘reckless’ impeachment plans

A week after President Donald Trump’s supporters stormed the US Capitol, the House of Representatives began debate on Wednesday as lawmakers considered impeaching him for his role in an assault on American democracy that stunned the nation and left five dead. House Republicans who opposed the impeachment drive argued Democrats were going too far, as Trump was on the verge of leaving office, and argued for the creation of a commission to study the events surrounding the siege. Republican Representative Jason Smith accused Democrats of acting “recklessly” and urged the House not to impeach Trump.

Speaking to the House, Mr Smith said: “This has been a devastating week for our nation. Just last week we stood right here in this very chamber while a violent mob played siege to the seat of American democracy.

“It is vital we get the facts on what went wrong last week. Why the security failed and how we can ensure it never happens again.

“Less than 50-feet from where we stand in this room, a young lady lost her life through those doors.

“I was in this chamber when those gunshots rang; that should never happen in the people’s house. 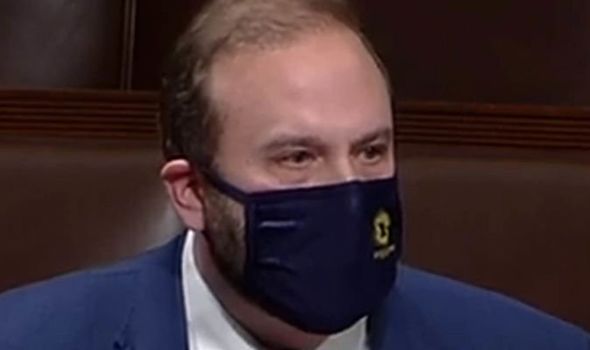 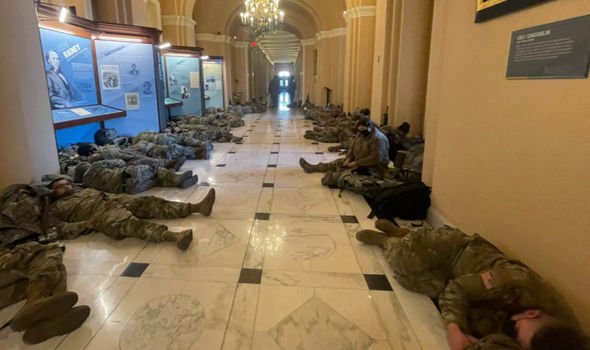 “This is a reckless impeachment, this will only bring up the hate and fire from before. Have a conscience!”

House impeachment of Trump would not immediately remove him from office but would set up a trial in the Republican-controlled Senate.

It remained unclear whether such a trial would take place in time to expel Trump from office.

As lawmakers debated the matter, National Guard troops and police were stationed around the Capitol to provide security.

CNN’s Daniella Diaz shared photos of the troops sleeping in the hallway of the Capitol to her 31,700 Twitter followers.

END_OF_DOCUMENT_TOKEN_TO_BE_REPLACED

END_OF_DOCUMENT_TOKEN_TO_BE_REPLACED
Recent Posts
We and our partners use cookies on this site to improve our service, perform analytics, personalize advertising, measure advertising performance, and remember website preferences.Ok