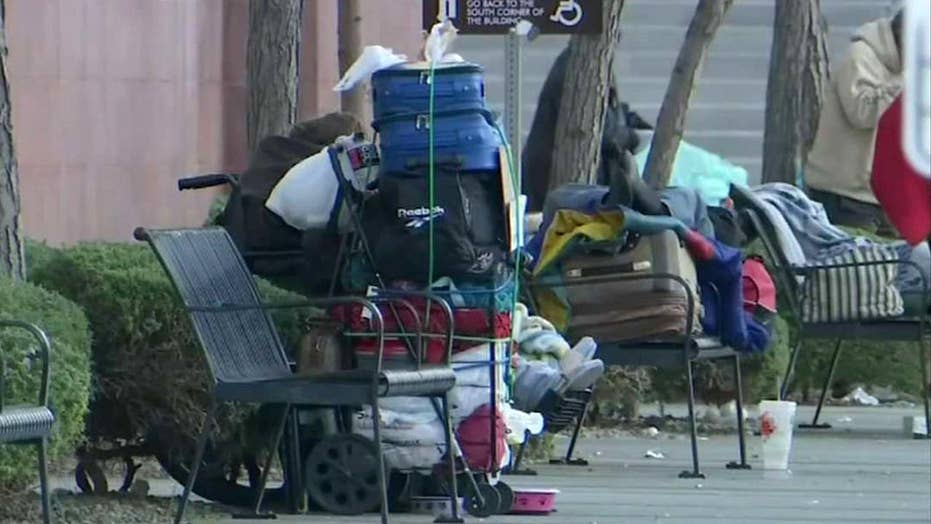 A homeless man on the streets of Sin City sustained serious burns after falling asleep while smoking Sunday morning, according to officials.

Las Vegas Fire and Rescue tweeted the 60-year-old homeless man had been sitting on the sidewalk on Las Vegas Boulevard near Charleston Boulevard when he fell asleep shortly before 10:30 a.m.

The man's clothes then caught fire, and he was transported to the University Medical Center's burn unit with "serious injuries," according to rescue officials.

Last week, Las Vegas officials passed a law making it illegal for homeless people to sleep on streets or sidewalks when beds are available at city-sanctioned shelters. The 5-2 council vote came after a day of drama that included Mayor Carolyn Goodman throwing out several audience members whom she deemed disruptive. 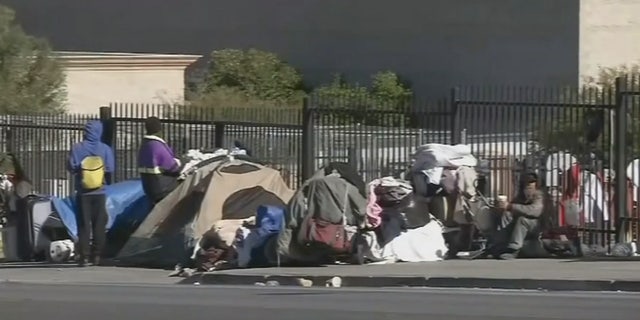 Las Vegas ranked 7th among the cities with the 10 highest rates in the country in a recent study, with a rate of about 273 homeless individuals per 100,000 people, according to Security.org.
(FOX5)

Goodman, the sponsor of the proposal, called the new law imperfect but said it was necessary to deal with the city's growing homeless crisis.

"This is flawed, but it is a start," Goodman said, adding the city has been dealing with the homeless situation for years and that "we must have results."

Las Vegas ranked among the top ten cities in the nation grappling with the ongoing homelessness crisis in a recent study. Safety resource website Security.org recently compiled a list of the 32 cities with the largest homelessness problems across the country, finding most of the municipalities with the highest rates of homelessness were located out West.

As the nation continues to grapple with homelessness, local officials in Nevada hope to curb the number of people living on the streets with a controversial ordinance that is drawing backlash from activists who claim it will have the exact opposite effect.

Las Vegas ranked 7th among the cities with the 10 highest rates, with a rate of about 273 homeless individuals per 100,000 people, according to the study.

Nevada has the third-highest rate of unsheltered people experiencing homelessness in the country, behind California and Oregon. Out of the roughly 7,544 homeless in Nevada, more than 4,000 are unsheltered, according to 2018 statistics from the Department of Housing and Urban Development.

The law passed last week by the council, which provides for warnings by public officers, began on Sunday for people found "camping, lodging, sitting, lying down, sleeping and similar activities" in most downtown areas. Those activities become a misdemeanor beginning Jan. 1, punishable by up to six months in jail and a $1,000 fine.

It's not yet known if the recently passed law would be challenged. Last year, the 9th U.S. Circuit Court of Appeals struck down a similar law from Boise, Idaho, calling it unconstitutional to prosecute people for sleeping in public areas when there weren't enough shelter beds. However, Las Vegas City Attorney Brad Jerbic said the new law was crafted to withstand similar legal challenges with its "if beds are available" provision.

Activists have said the new law hasn't addressed the root of the problem: affordable housing.

Una Healy has taken a savage swipe at her ex Ben Foden's reported "baby news" as she shared a throwback snap of her family. It's been 19 months since Una and Ben's shock split, but the rugby player has wasted no time moving on as it was recently announced he's

END_OF_DOCUMENT_TOKEN_TO_BE_REPLACED

A prankster group has unleashed a flock of pigeons wearing miniature “Make America Great Again” hats in Las Vegas, Nev., in a stunt that puts a pro-Trump spin on an earlier viral incident involving cowboy hats. The group, which calls itself Pigeons United To Interfere Now (PUTIN), sent video of

END_OF_DOCUMENT_TOKEN_TO_BE_REPLACED

END_OF_DOCUMENT_TOKEN_TO_BE_REPLACED
Recent Posts
We and our partners use cookies on this site to improve our service, perform analytics, personalize advertising, measure advertising performance, and remember website preferences.Ok