When it came to honoring Pete Davidson after his final “Saturday Night Live” episode over the weekend, Kim Kardashian let her nails do the talking.

The reality star and business mogul, 41, shared a photo of her latest manicure on Instagram, which included hot pink, coffin-shaped nails and the letter “P” embellished in what looks like rhinestones on her fourth finger.

She kept things cryptic in the caption, including only a nail-painting emoji — but the “P” was most likely a tribute to Davidson, 28, who recently said goodbye to “SNL” after eight seasons on the legendary sketch show. 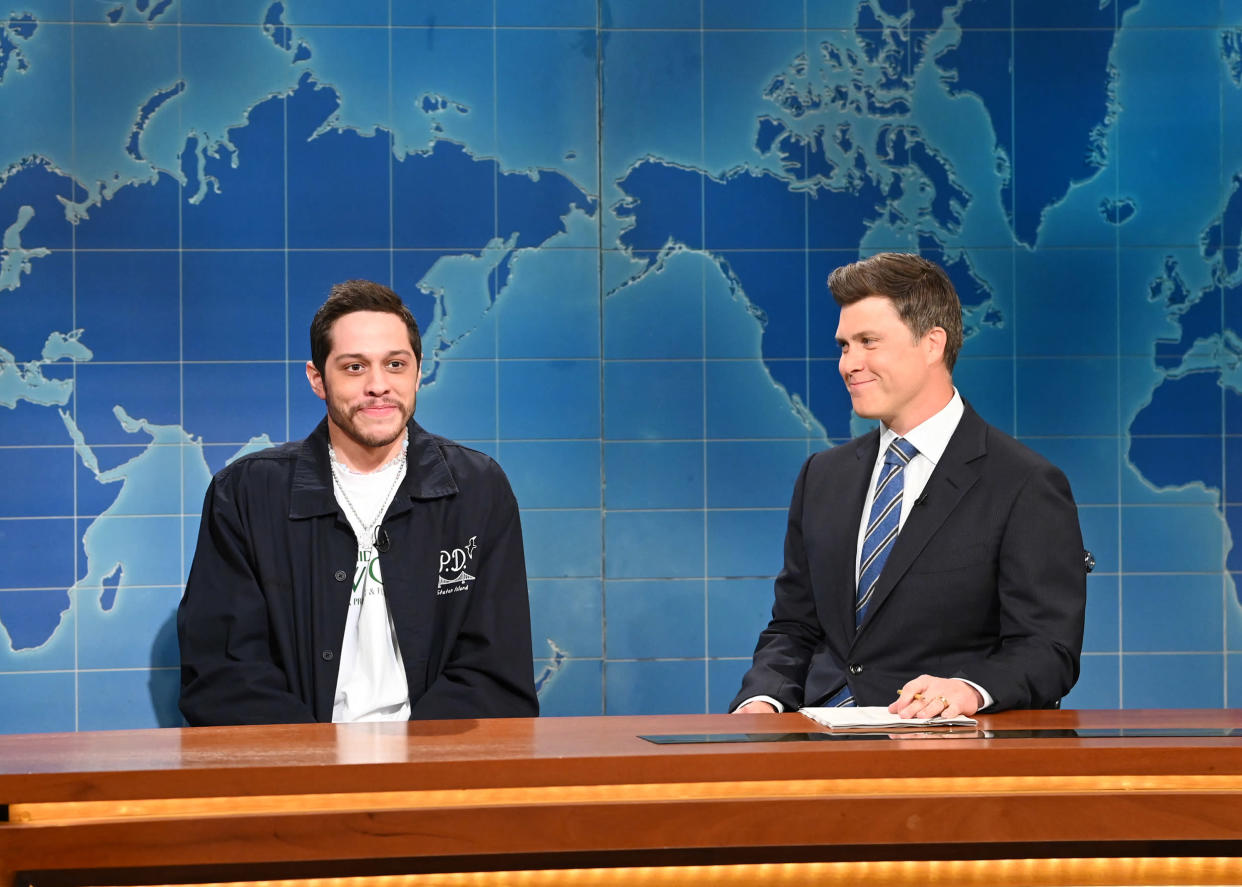 Kardashian also celebrated Davidson in her Instagram story over the weekend, sharing a collage of headshots of her boyfriend on the show over the years.

The couple went Instagram official with their relationship in March, but they reportedly started dating not long after Kardashian guest-hosted “SNL” in October.

In fact, they seem to have “SNL” to thank for kick-starting their relationship; they shared their first kiss on the show, during a sketch in which they played Jasmine and Aladdin.

It may have just been a kiss for the cameras, but some real sparks flew between them in that moment, Kardashian revealed on Amanda Hirsch’s “Not Skinny But Not Fat” podcast last month.

Their relationship may be out in the open now, but Kardashian says she is being cautious about sharing too many details about their romance on social media or on her family’s new reality show, “The Kardashians.”

“I do think that I am holding, you know, a little bit more close to my heart on certain aspects of my relationship with Pete, and it feels good just to know that, like, we have this connection and we have our little bubble of a relationship world that we live in that, like, not a lot of people know about,” she said on the “Making Space with Hoda Kotb” podcast in April.