The city of New Orleans is on the road to a long and arduous recovery in the wake of the deadly Hurricane Ida, and conditions have reportedly left an unpleasant stench in the air.

As workers and residents continue to clean up debris and spoiled food, and with the power still out for many in the area, parishes have noticed numerous odors.

Green announced that the city was suspending its recycling service indefinitely, NOLA.com reported, as trucks working to collect trash were filling up faster than expected and the first sweep of FEMA-backed debris removal was also starting.

New Orleanians have struggled to find food and clean water since the Category 4 storm tore through Louisiana and Mississippi, on its way to wreak havoc and kill at least 50 people in the Northeast. 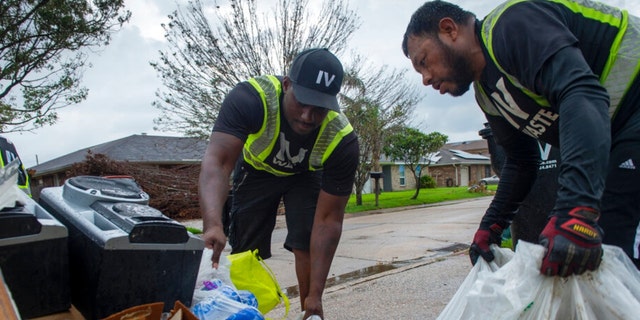 At least 16 deaths were blamed on the storm in Louisiana, Mississippi and Alabama.

Utility officials said full restoration of electricity to some of the state’s hardest-hit areas could take weeks.

“The level of devastation makes it quite difficult or near impossible to get in and fully assess some places,” Entergy President and CEO Phillip May said of five southeastern Louisiana parishes facing the longest delays.

Construction is also expected to take longer than usual as contractors had already been grappling with depleted supply chains and worker shortages.

The weather in Louisiana hasn’t helped either, with the combination of heat and humidity making temperatures last week feel almost unbearable as residents were ordered to stay in their homes – many left heavily damaged from the flooding and maximum winds speeds of 150 mph.

In an Instagram video, New Orleans Mayor LaToya Cantrell announced that residents have until Sept. 12 to apply and be considered for specific FEMA assistance related to urgent needs due to power outages and until Oct. 28 to apply for other kinds of FEMA aid, including grant money, basic home repair and generator reimbursement.