Home » World News » Inside controversial case of Louise Woodward, the teen nanny who was ‘a little rough’ with baby and ‘shook him to death’

Inside controversial case of Louise Woodward, the teen nanny who was ‘a little rough’ with baby and ‘shook him to death’

IT WAS the story that shocked families on both sides of the Atlantic– a British teenage nanny accused of shaking an eight-month-old baby boy in her care to death.

Louise Woodward was seen as an emotionless killer in court but the 19-year-old always maintained she was innocent and did not kill Matthew Eappen. 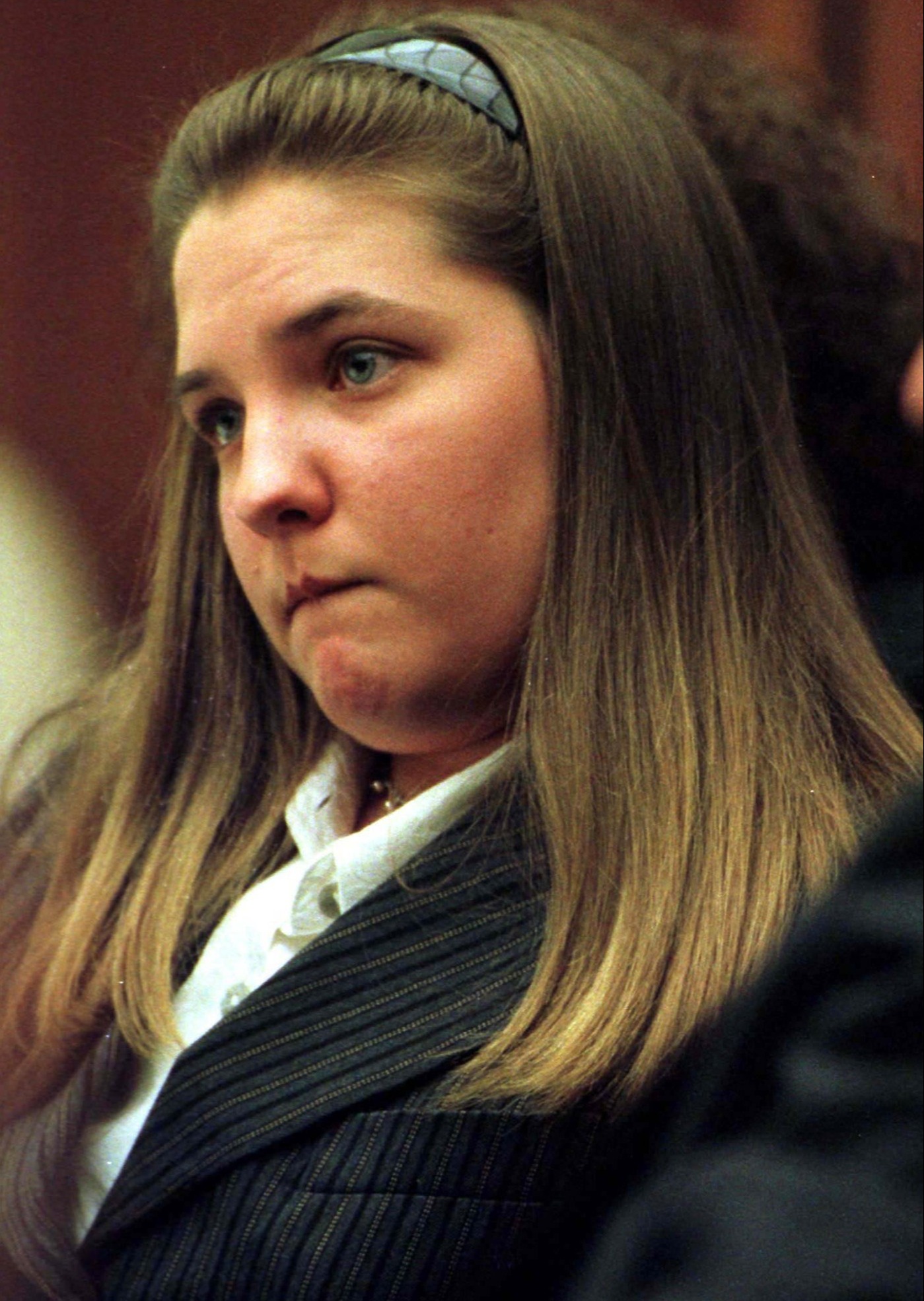 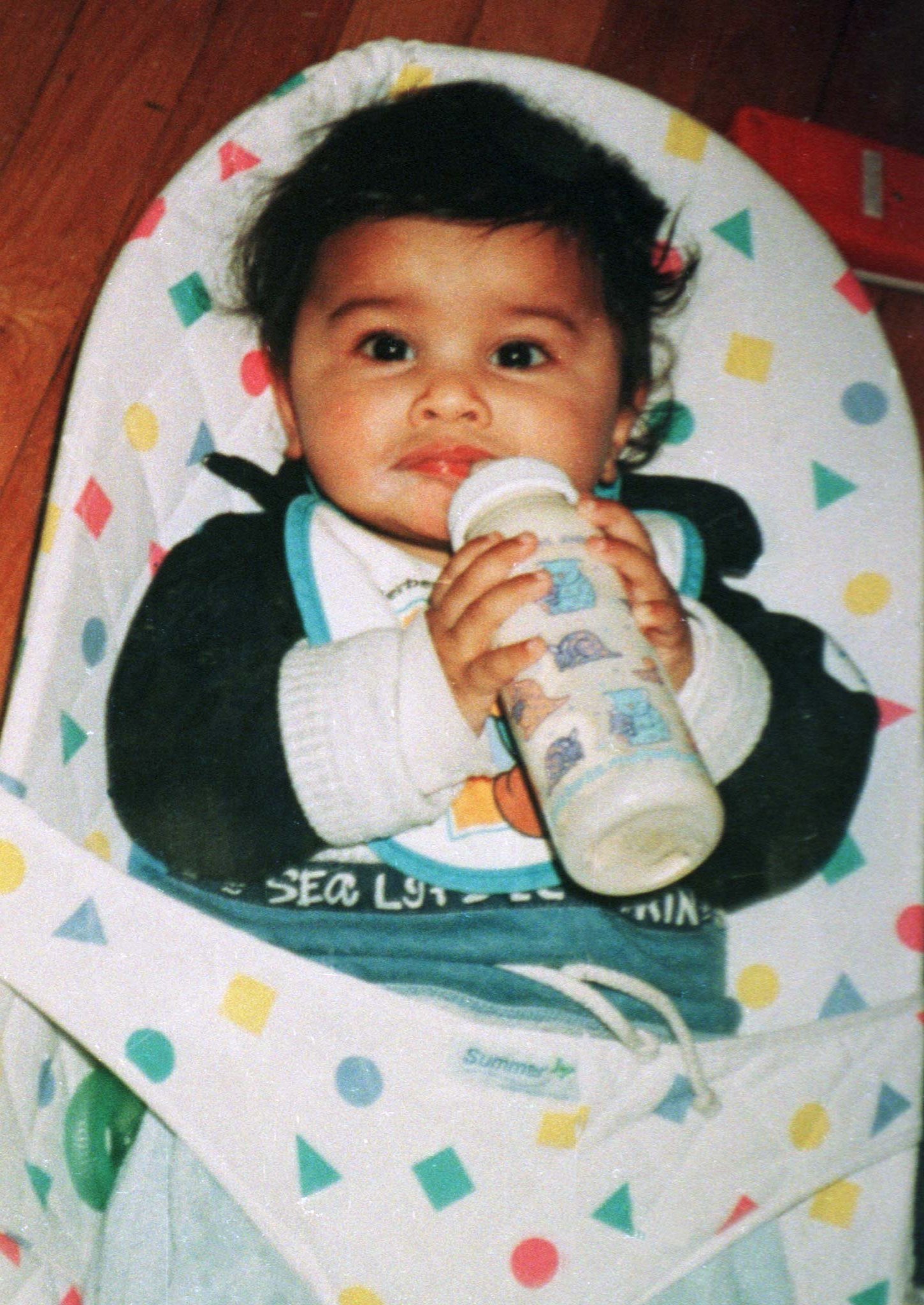 The teen, from Elton, Cheshire, was sentenced to life imprisonment after being found guilty of killing the child while working as an au pair.

But 10 days later, her second-degree murder charge was reduced to involuntary manslaughter and she was freed in 1997.

The story made headlines all over the world and now an upcoming Channel 4 documentary Louise Woodward: Villain or Victim? will reanalyse her case.

Woodward was 18 years old when she flew 3,100 miles to work for an au pair for an agency in Boston, Massachusetts after she finished her A-levels in 1996.

She was placed with a family but reportedly was “unhappy” with the 11pm “curfew” they had enforced on her and left.

Soon after she was hired by Sunil and Deborah Eappen, both 30-year-old doctors, to take care of their young son Matthew, in November.

But within two months, it was claimed the parents were concerned by Woodward staying out late at night and they cautioned her.

They allegedly drew up a list of expectations in January 1997 to ensure “the safety and well-being of our kids”, the Irish Times reported.

He was rushed to Boston Children’s Hospital and put on a life support machine – but tragically six days later, he died of a brain haemorrhage.

In between that time, Woodward, then 19, was arrested by police and she pleaded not guilty to one charge of battery of a child.

Police claimed Woodward told them she shook Matthew and threw him on a pile of towels, which led to her being charged with first-degree murder.

Woodward continued to maintain her innocence during the trial but was criticised for appearing ‘cold’ and ‘remorseless’.

The prosecution alleged she killed the baby in a “frustrated, unhappy and relentless rage” – a claim the au pair’s lawyers strongly rejected.

While under cross-examination, Woodward clarified that she had "popped" and not "dropped" the baby – as police officers had previously claimed. Later, she explained that to 'pop' was an English term meaning to "lay" or to "place".

However, the defence and brain surgeon Joseph Medsen argued Matthew’s death could have resulted from a head injury obtained two weeks earlier.

In October, Woodward wept in the docks as she was found guilty of a lesser second-degree murder charge and was later sentenced to life in prison.

Outside the court, the teen’s mother said: “They’ve made a horrendous mistake and they need to put it right.”

While support grew and funds amassed to launch an appeal, Woodward told her parents: “Please don’t let me spend the rest of my life in here for something I didn't do.”

Two days after her conviction, it emerged that the jury was split before they were convinced in favour of finding the teen guilty.

According to one jury member, none of them “thought she tried to murder” Matthew.

The defence launched an appeal and within 10 days of being sentenced to life in prison, Woodward was released.

Judge Hiller Zobel overturned the jury's verdict and ruled that she was guilty of involuntary manslaughter.

He sentenced her to 278 days in jail – the amount of time she had already spent behind bars.

In a statement, he wrote: “The Defendant acted were characterised by confusion, inexperience, frustration, immaturity, and some anger, but not malice supporting a conviction of second-degree murder.

"Frustrated by her inability to quiet the crying child, she was ‘a little rough with him,’ under circumstances where another, perhaps, wiser person would have sought to restrain the physical impulse.

“The roughness was sufficient to start (or re-start) a bleeding that escalated fatally.”

The following day, the prosecution vowed to “pull out every stop” to get Woodward back in jail and her lawyers promised “total vindication”.

By June 1998, Judge Zobel’s verdict had been overturned after it was claimed he “abused his statutory discretion” and the decision moved to The Supreme Court.

By four votes to three, his verdict of involuntary manslaughter and the reduced sentence was upheld, which finally allowed Woodward to go home to the UK.

In time the truth will come out, and in time I will be cleared

When she returned, she told reporters she hoped to go to university and live an ordinary life.

She said: “I’d like to do what any other 20-year-old would do, I’d like to get a part-time job and just do normal things.”

Woodward continued to protest her innocence in the case and explained that she was “upset” because it was “a conviction I don’t deserve”.

She held out hope that “in time the truth will come out” and she would “be clear” of all wrongdoing.

Despite her wishes for a normal life, the spotlight continued to follow her.

In 2008, it was reported Woodward was living in Bridgnorth and had started a dance school where she taught jive and salsa.

She went on to attend baking classes and sold her goods in Wolverhampton before getting a degree in law.

Woodward married Anthony Elkes, who owned a truck hire company, and at the start of 2014 she gave birth to a daughter.

During her pregnancy, she told the Daily Mail: “I know there are some people waiting for me to have a baby so they can say nasty things.

“It upsets me but that is not going to stop me leading my life… I am entitled to enjoy my life. I am not going to apologise for being happy.”

Louise Woodward: Villain or Victim? is due to air on Channel 4 later this year. 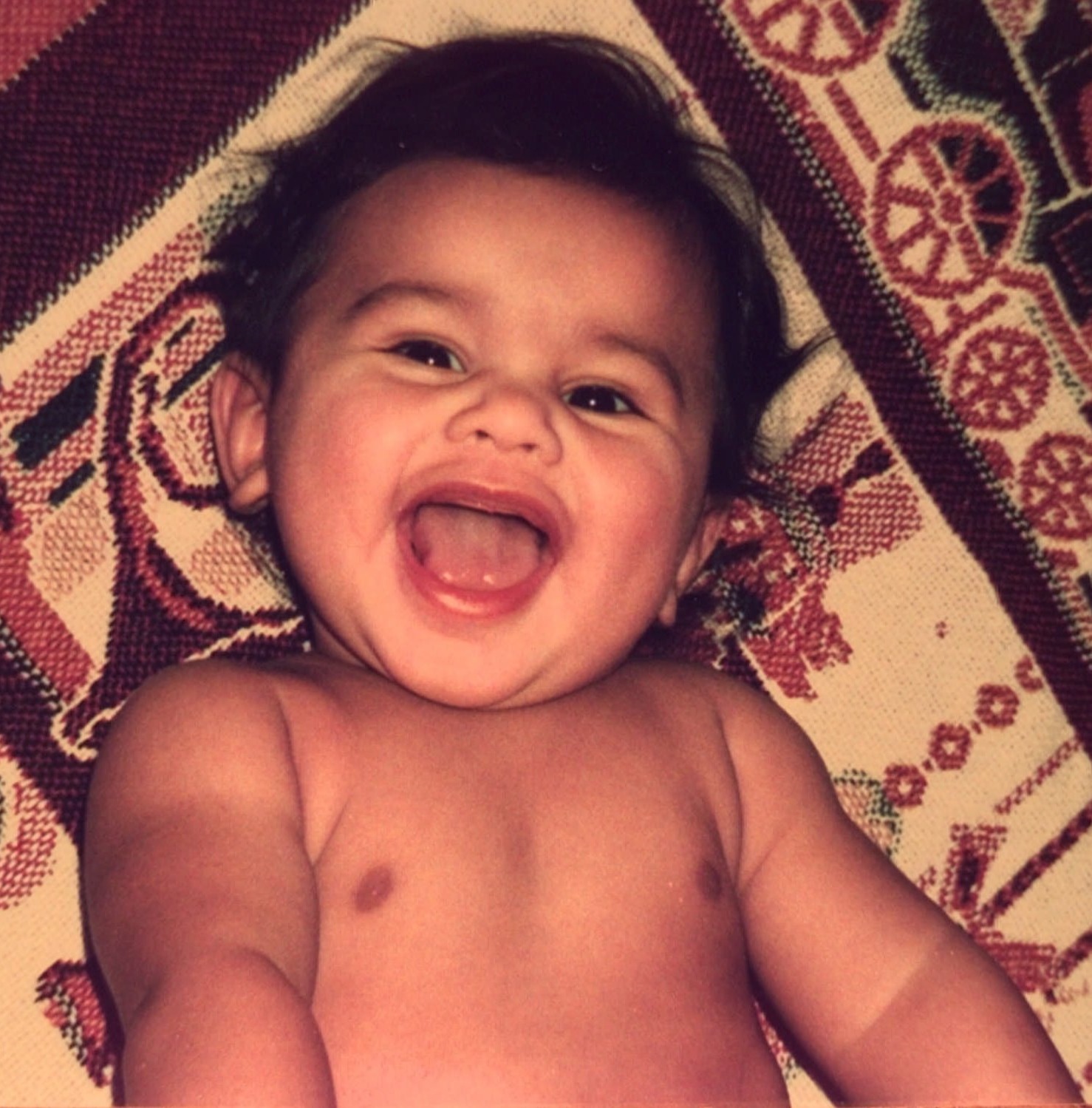 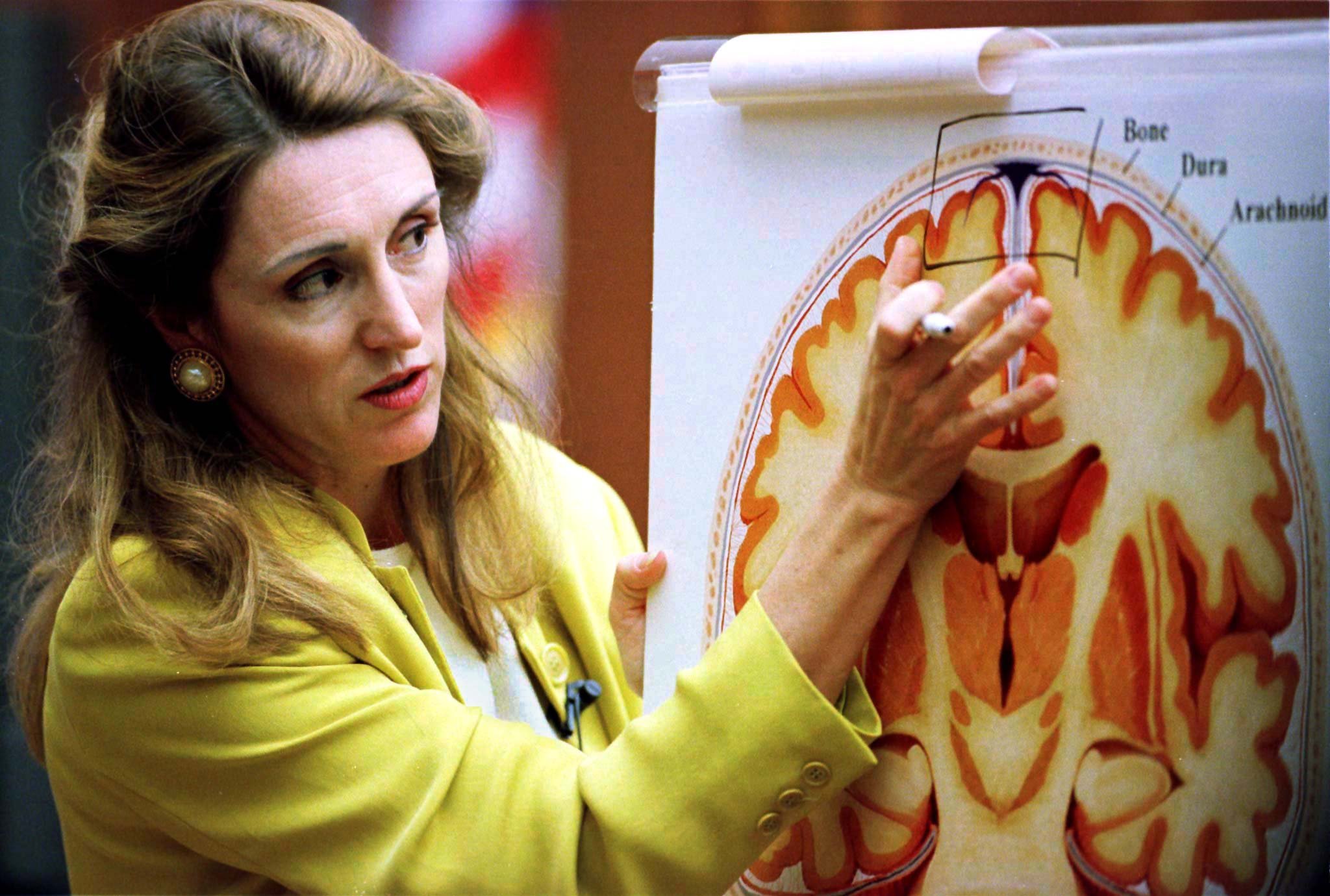 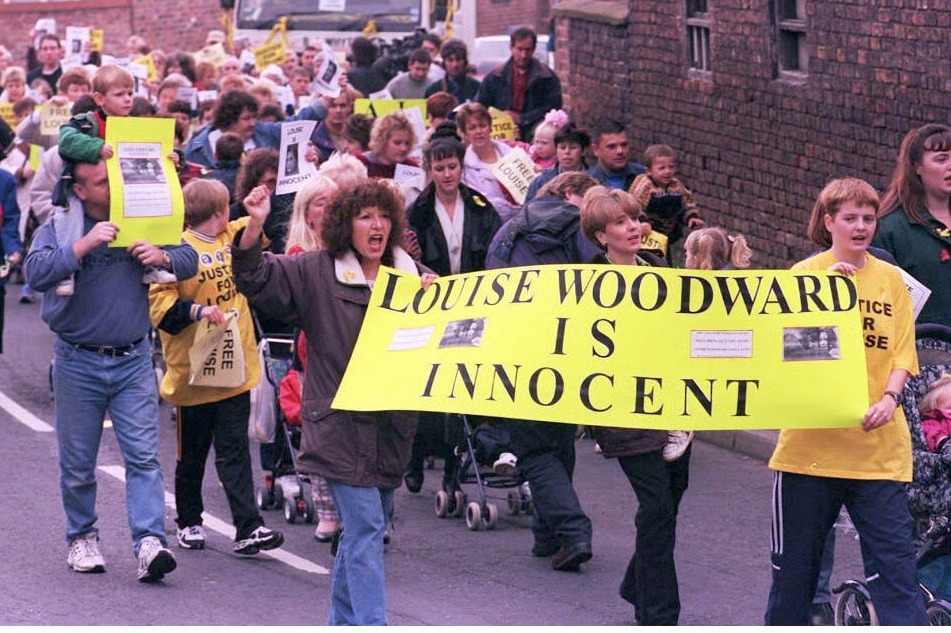 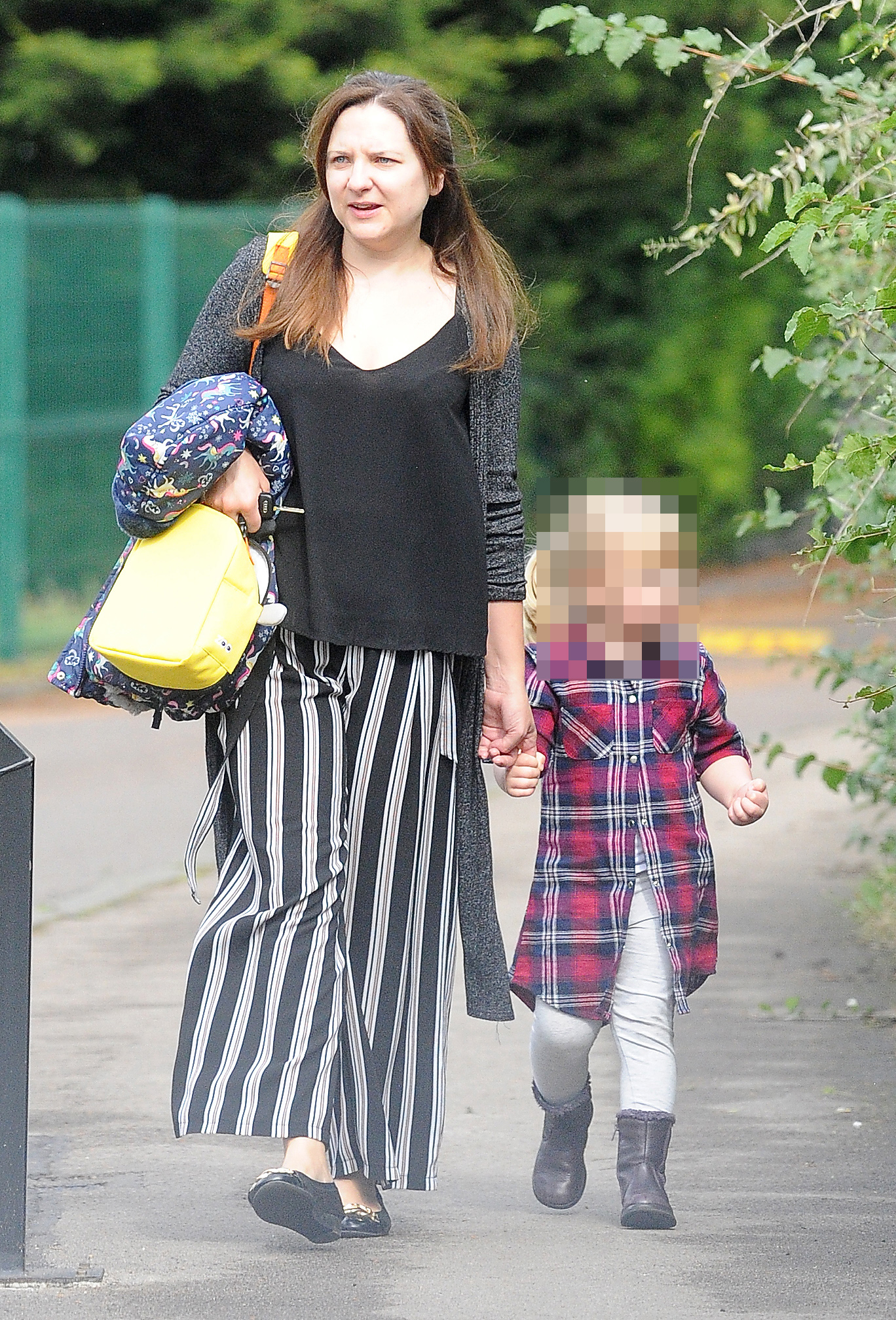