Home » World News » Investors must be safeguarded from shady products

Investors must be safeguarded from shady products

It is a basic rule of investment that higher returns come with higher risks. But too many ordinary people are still ignoring this precept for a very common class of financial products which leaves them open to fraud and scams.

At the weekend, The Age reported on the huge losses sustained by investors in so-called “binary options” and “contracts for difference” (CFDs). It might be more accurate to say the participants are gamblers. They bet that a share, currency, stock index or commodity will rise above or below a certain price or stay within a certain range by a certain date or time. If it doesn’t, they lose all their cash or even go into deficit, because CFDs can allow consumers to lose more than they bet. 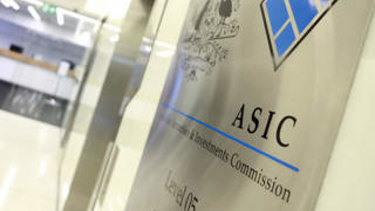 ASIC needs to do more to warn people against the risks of these products.Credit:Jim Rice

This has become a huge market with about a million clients. The companies licensed to sell these products hold $2.9 billion in clients’ funds as security against losses. They are often marketed via aggressive advertising campaigns and, increasingly, they are spruiked uncritically on social media.

Yet without highly sophisticated financial skills, investors are very likely to lose a lot more than they win. In 2018, the Australian Securities and Investments Commission found that 80 per cent of clients who traded binary options lost money, while 72 per cent who traded CFDs lost money. Last year, a judge described the sector as a “classic example of unsophisticated retail investors seeking such financial heroin hits”.

Punters are easy prey to scams because they often barely understand the products. In 2018, the FBI in the US brought criminal charges against a network run by Israeli businessman Yossi Herzog, which included several companies in Australia. Herzog is accused of fleecing unsuspecting customers of $200 million.

The scam generated huge profits for the licensed dealers. In a Melbourne court case last September the atmosphere at one firm was likened to unprincipled greed depicted in the film The Wolf of Wall Street. High-pressure salesmen steered customers towards “trading strategies” that were designed to ensure they lost as much as possible. Customers who tried their own strategies and won were cut off or targeted.

It is worrying that these scams were allowed to operate in Australia. Regulators received thousands of complaints about the products, but took action only two years ago against the Herzog companies after they had been operating for almost a decade.

ASIC has now launched court cases and in October a court imposed a $75 million payment on one Herzog company. The cash, however, has gone missing and the fine might never be paid. ASIC has also just used powers granted as a result of the Hayne royal commission into the financial system to limit the losses clients can suffer on CFDs.

But ASIC needs to do more to warn people against the risks of these products. Since the average income of a client is just $37,000 a year, they are usually completely unsuitable as serious investments.
Of course, it is very hard to protect financially naive people from fraudsters, whether it be under the guise of binary options or Nigerian wire transfers. Yet if ASIC continues to allow the products to be sold, it must take a much more aggressive approach to licensing traders. ASIC might unwittingly be contributing to the boom in these products because licensing sends the false message that they are safe and supervised.

ASIC needs to ensure the companies that hold the licences meet basic standards. A liquidation hearing into one company, Berndale, which collapsed last year owing clients $5 million, has heard the company had links to Melbourne organised crime.

These are very risky products. More needs to be done to protect consumers.

END_OF_DOCUMENT_TOKEN_TO_BE_REPLACED

END_OF_DOCUMENT_TOKEN_TO_BE_REPLACED
Recent Posts
We and our partners use cookies on this site to improve our service, perform analytics, personalize advertising, measure advertising performance, and remember website preferences.Ok