Published alongside a picture of a mushroom cloud from a nuclear blast, the paper was quickly circulated around hard-line news outlets in the country. Reading “How Can You Trust A War Criminal, Mr. Abe?”, the furious headline represents the sour Iranian mood towards the US following a war of words over the past few weeks. The paper, which is published by some of the 1.3million students at the Islamic Azad University, invoked memories of the US bombing of Hiroshima and Nagasaki to make its point.

It goes on to lambast the US for its use of atomic bombs to end World War 2.

The editorial continues: “For many years, the Americans have had a military base in Japan, a force that was originally set up to contain the country and later to justify security in Japan.

“In recent years, the number of US military personnel in Japan is around 47,000, of which about 50 percent are on the island of Okinawa. 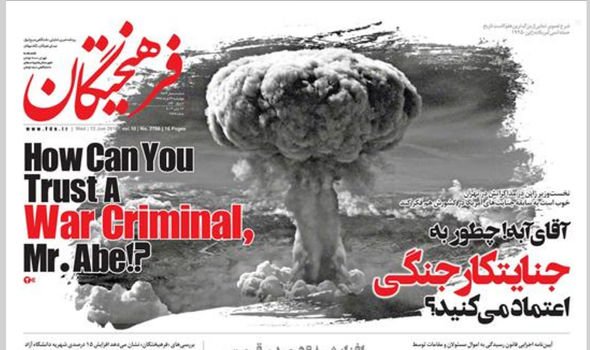 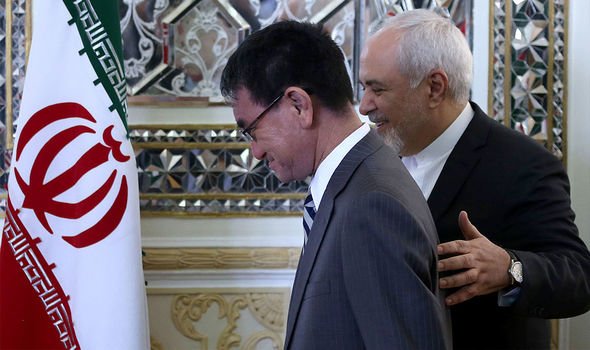 “The presence of this number of American forces in Japan, which has always been regarded as a force of pressure, has brought social problems, including conflict, murder and rape, except for political ones.

“For many years American soldiers on the island have been violating the rights of the people in the course of various events and, basically, the Japanese cannot stop the process and prevent it from continuing.”

Headquartered in Tehran, the Islamic Azad University is the sixth-largest in the world.

Although a lot of the funding comes from charitable donations and gifts, the Board of Directors and many of the trustees are appointed by the Iranian state.

This has led some to believe that hard-line Iranian politicians – who also opposed the Iran nuclear deal with Barack Obama – are already putting up resistance to peace talks for fear of yielding to Washington.

Publicly, however, Iranian officials are quietly confident about the Prime Minister’s visit, with one saying: “Japan can help in easing the ongoing tension between Iran and America. 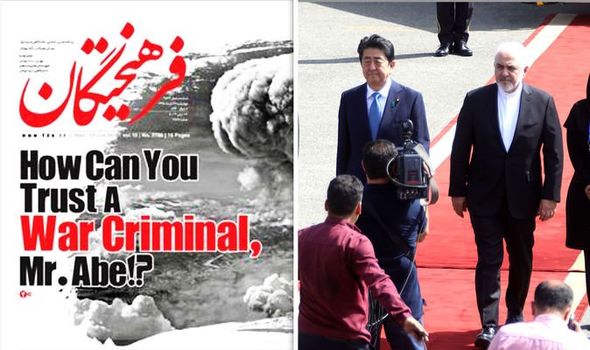 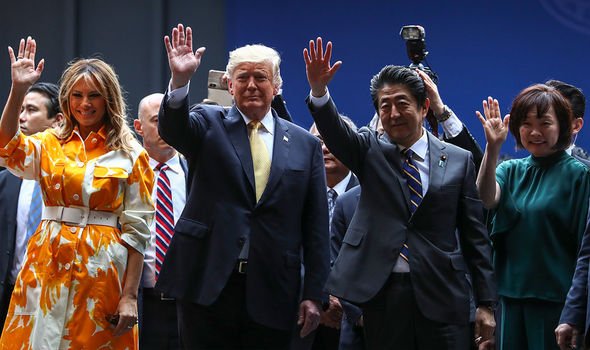 “As a goodwill gesture, America should either lift the unjust oil sanctions or extend the waivers or suspend them.”

Another noted that Mr Abe could play a “very constructive” role in calming tensions.

Mr Abe will become the first Japanese premier to visit Iran since the 1979 revolution.