Mahsa Amini, whose death in police custody sparked nationwide protests, did not die as a result of blows to the head and limbs but from multiple organ failure, the Iranian coroner has claimed.

The country’s authorities also deny reports that security forces killed two girls during protests over Amini’s death, saying they both died of suicide by falling from roofs.

Social media reports and the human rights group Amnesty International refute the Iranian authority’s claim and said Sarina Esmaeilzadeh, 16, and Nika Shakarami, 17, were both killed when participating in protests over the recent death of a young woman in police custody.

The death of 22-year-old Amini while in the custody of Iran’s morality police last month has ignited weeks of nationwide protests. 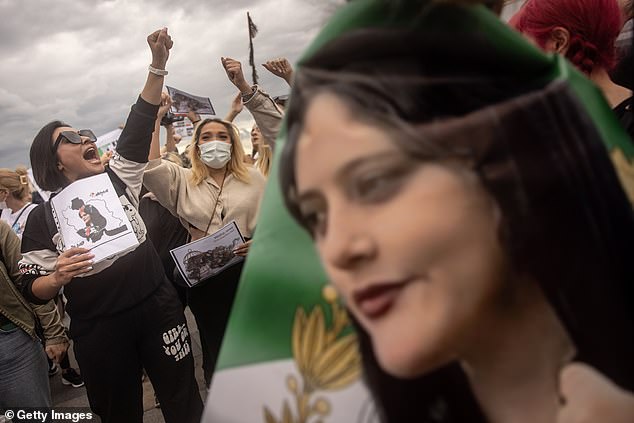 Protests have swept Iran since Amini’s death in police custody

Amini went into a coma after being arrested in Tehran and died while she was in police custody in hospital.

Iranian officials told local media that Amini suffered a heart attack, and denied reports that she was beaten.

Her family have denied she had any heart problems. Her father has said she had bruises on her legs, and holds police responsible for her death.

At Amini’s funeral in Saqez, her hometown in Kurdistan, security forces fired tear gas at protesters who had gathered. The demonstrators chanted ‘death to the dictator’ as they removed their headscarves.

Women and young school girls have been pictured waving and burning headscarves in protest over the regime. 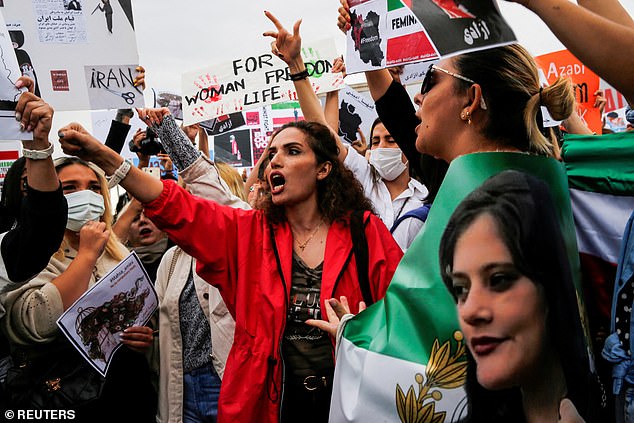 So far, around 150 people have been killed, hundreds have been injured and thousands arrested in a crackdown on nationwide protests marking the biggest challenge against Iran’s clerical leadership in years.

Sarina Esmaeilzadeh and Nika Shakarami, who the Iranian authorities claim both died after falling from roofs, were demonstrating over the death of Mahsa Amini when they were killed by Iranian security forces. They were struck over the head with batons, social media reports and Amnesty International said.

The chief justice of Alborz province where Esmaeilzadeh died said a preliminary investigation showed her death was caused by suicide from a fall from the roof of a five-story building, the ISNA news agency said.

Chief justice Hossein Fazeli Herikandi said claims in opposition media about her death were ‘lies’. He also claimed that  Esmaeilzadeh had a history of suicide attempts’. 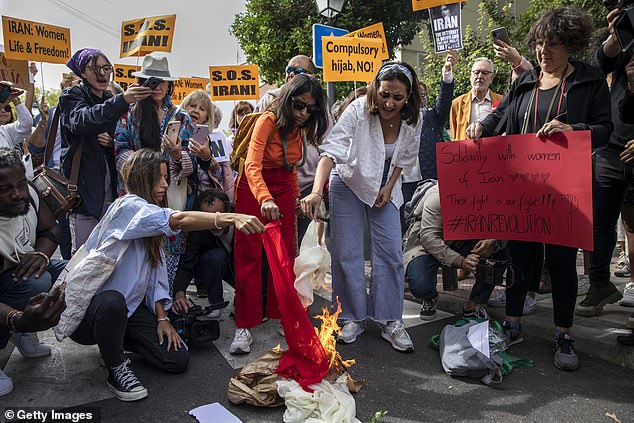 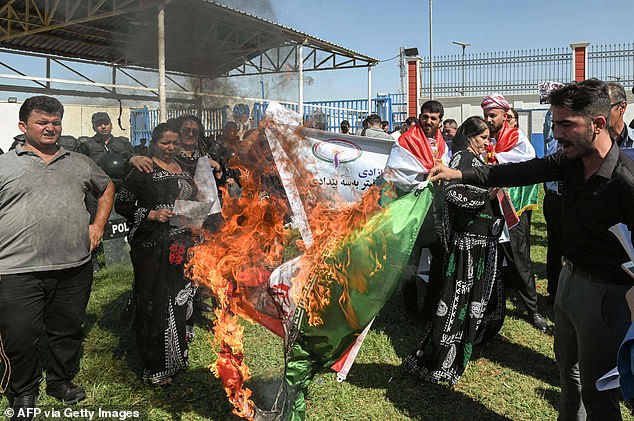 Amnesty International, rejected the Iranian authority’s account of her death. The human rights groups said she was one of at least 52 people killed by security forces between September 19 and 25, saying Esmaeilzadeh ‘died after being severely beaten in the head with batons’.

A video showing Esmaeilzadeh smiling and listening to music has been viewed around 147,000 times on the widely-followed 1500tasvir Twitter account.

State media said that a judicial case had been opened into Shakarami’s death, citing officials claiming it had nothing to do with the unrest, and that she had fallen off a roof and her body contained no bullet wounds.

Activists have said she was killed in Tehran while demonstrating.