Is this Britain's worst playground? Locals compare park to CHERNOBYL

Is this Britain’s worst playground? Locals compare forlorn play park to CHERNOBYL due to its rusting apparatus, peeling paint and overgrown grass

A children’s play area has been slammed for being worse than Chernobyl by raging residents.

Some of the equipment is barely recognisable as playground items.

Facebook users who live locally were quick to liken the playground to the city of Pripyat where the Chernobyl nuclear disaster took place.

After the disaster, the entire city population was forced to evacuate to escape the radiation which encompassed the region and the city, which is still unoccupied, fell into a derelict state. 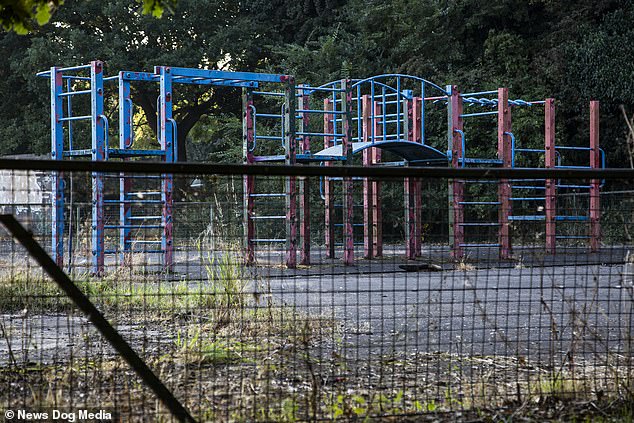 Pictured: This playground in the Solihull area of the West Midlands has been compared to Chernobyl by residents who say its a disgrace it’s been allowed to fall into a state of disrepair 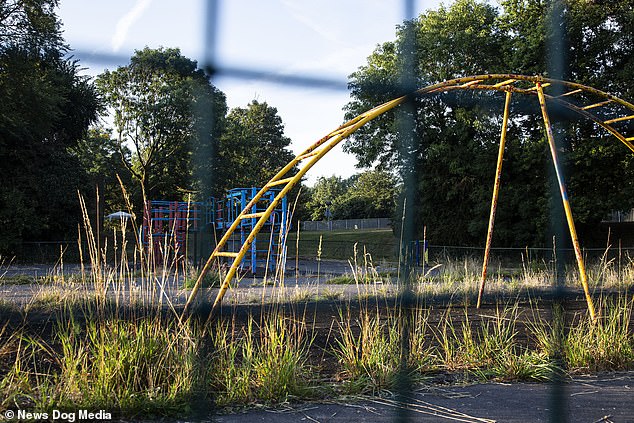 And Paul Yerbury added: ‘Trouble is the park in Pripyat is in better condition [sic].’

Others expressed their outrage at council for allowing the playground to fall into a derelict state.

While Ena Hamilton added: ‘This is crazy. My my, that is disgraceful – is this what we pay our taxes for?’ 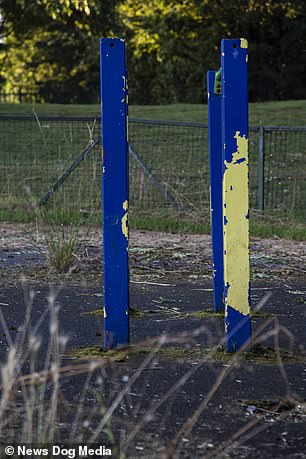 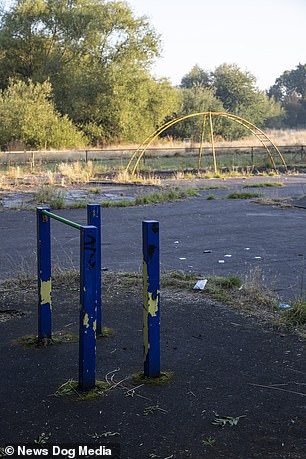 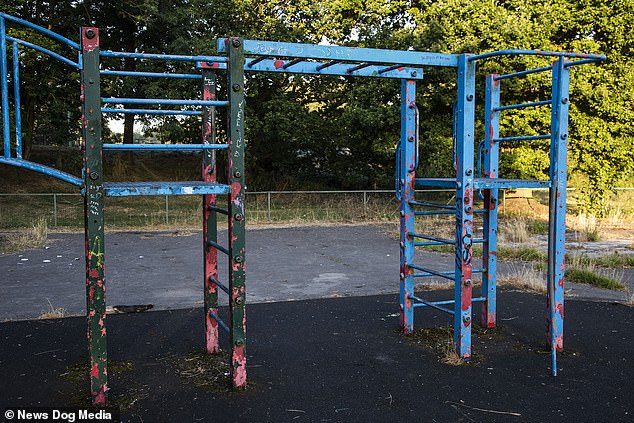 Chelmsley Wood is a large housing estate that lies eight miles east of Birmingham city centre in the West Midlands.

The local council have plans to redevelop the site, known locally as Simon Digby, and build 200 homes.

A masterplan was published in July despite some opposition from local residents.

Solihull Green Party said it was concerned by the impact of the plans being put forward and has been pushing for greater use to be made of areas available in Chelmsley town centre.

The party said residents did not want to lose green spaces in the area.

A public consultation is set to take place at a later stage prior to the submission of a formal planning application.

Is your local playground worse? Send pictures to [email protected]