ISIS 'Beatle' is sentenced to life in prison for his

A British member of an Islamic State cell who was found guilty in April for his role in a hostage-taking plot that led to the beheadings of US journalists and aid workers has been sentenced to serve life in an American prison.

El Shafee Elsheikh was sentenced on Friday by US District Court Judge T.S. Ellis, who rejected his lawyer’s pleas not to send him to the notorious ADX Florence supermax facility in Colorado, where prisoners are held in isolation for 23 hours a day.

The Bureau of Prisons will determine where Elsheikh spends the rest of his natural life, Ellis ruled.

Elsheikh, 33, a former British citizen, was previously found guilty of the charges by a federal jury in Alexandria, Virginia in April after a six-week trial and hours of deliberations.

In convicting Elsheikh, the jury concluded that he was part of an Islamic State cell, nicknamed ‘The Beatles’ for their British accents, that had beheaded American hostages in Iraq and Syria.

Elsheikh, who was born in Sudan and raised in London, was accused of conspiring to kill four American hostages: James Foley, Steven Sotloff, Peter Kassig and Kayla Mueller.

Foley and Sotloff, both journalists, and Kassig, an aid worker, were killed in videotaped beheadings. Mueller was raped repeatedly by the group´s leader at the time, Abu Bakr al-Baghdadi, before her death in Syria, U.S. officials have said. 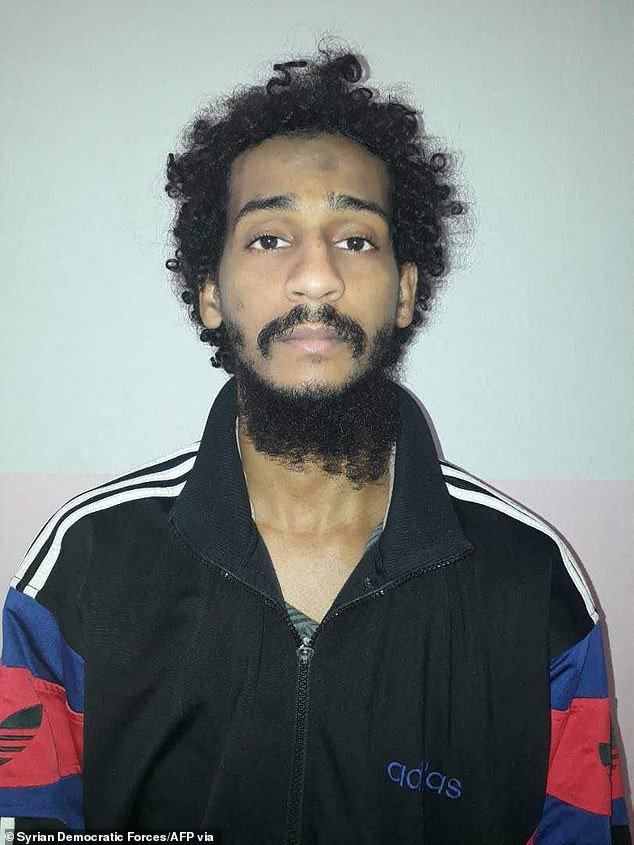 El Shafee Elsheikh, 33, a former British citizen, was found guilty of the charges by a federal jury in Alexandria, Virginia in April. He has been sentenced to life in prison 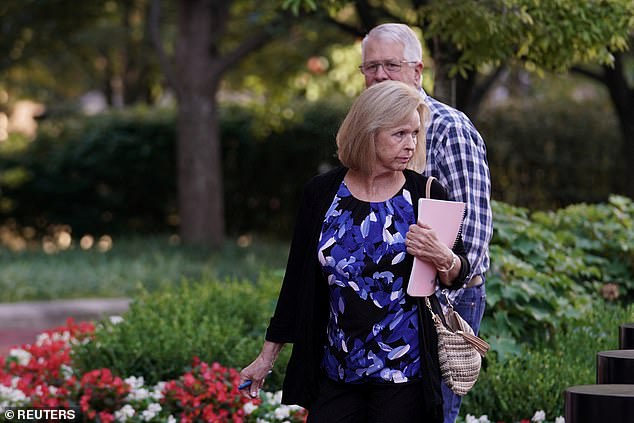 The parents of Kayla Mueller, Carl and Marsha, arrive at court ahead of the sentencing

The deaths of Foley, Sotloff and Kassig were confirmed in 2014, while Mueller’s death was confirmed in early 2015.

The charges against Elsheikh, whose British citizenship was withdrawn in 2018, carried a potential death sentence, but U.S. prosecutors have previously advised British officials that they will not seek the death penalty.

Another member of the cell, Alexanda Kotey, was handed a lifetime prison sentence by a U.S. judge earlier this year. Kotey was held in Iraq by the U.S. military before being flown to the United States to face trial.

He pleaded guilty last September to the murders of Foley, Sotloff, Mueller and Kassig.

A third member of the group, Mohammed Emwazi, died in a U.S.-British missile strike in Syria in 2015.

Some former hostages, released by the cell after protracted negotiations, testified during trials about the torture they endured. Family members of the deceased victims also testified.