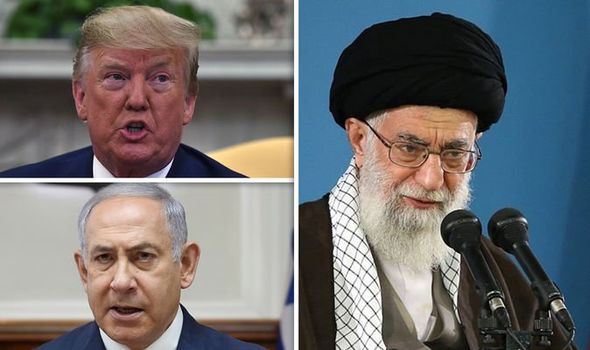 The Islamic Republic has seen its relations with the US reach breaking point recently following a series of threats and bold accusations between the two countries. However, Iran has now also been warned by the US’ key ally in the region, Israel over any planned offensive. The two countries have a long history of attacks on each other but following comments made by Iranian cleric and lawmaker, Mojtaba Zolnour, Israel Prime Minister Benjamin Netanyahu has hit back.

Mr Zolnur had recently insisted that if the US did attack Iran, Israel’s “lifespan would not even reach half an hour”.

Following his visit to Israel’s Nevatim Air Force base on Tuesday Mr Netanyahu warned the Islamic Republic of the incredible power of the Israeli military.

He said: “Recently, Iran has been threatening the destruction of Israel.

“It would do well to remember that these planes can reach anywhere in the Middle East, including Iran and certainly Syria.” 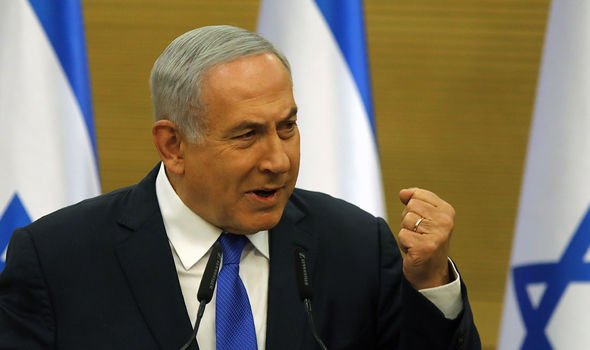 Israel has conducted a series of attacks against alleged pro-Iran forces in Syria and last month Jerusalem carried out an airstrike which killed 10 people.

The strike was in response a rocket which was launched at Mount Hermon from the Israeli-occupied Golan Heights region.

Following the attack, Mr Netanyahu warned the country: “We won’t tolerate fire at our territory and will respond forcefully to any aggression against us.”

Tensions between the US and Iran began to escalate following Donald Trump’s unilateral withdrawal from the 2015 nuclear deal. 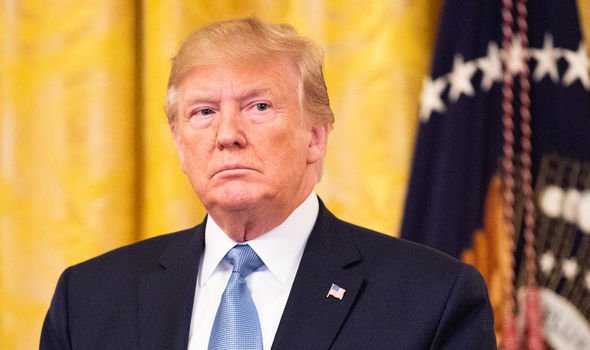 The Joint Comprehensive Plan of Action was signed by Iran and the leading powers in order to eliminate the country’s stockpile of low-enriched uranium.

Following Trump’s withdrawal from the treaty, Iran has now insisted that it will exceed the 3.67 percent limits previously agreed in the 2015 treaty.

With Iran looking to exceed the limit, Donald Trump has initiated a raft of new economic sanctions determined to cripple the economy.