Jealous wife, 37, left her former best friend in a neck brace when she ‘lost control’ and viciously attacked her after her husband kissed the other woman on the cheek

A woman was left in a neck brace after she was attacked by her former best friend who wrongly accused her of kissing her husband.

Kirsty Mensah, 42, has been left with holes in her head after doctors were forced to drill a specialist halo neck brace into her skull after Susan Robson, 37, broke her vertebrae in a brutal attack on May 24.

Robson was said to have ‘lost control’ after her husband, Lee Buzzeo, kissed Ms Mensah goodbye after walking her to a bus stop following a garden party at their home in Newcastle.

However Ms Mensah said the kiss was nothing more than ‘an innocent peck on the cheek’. 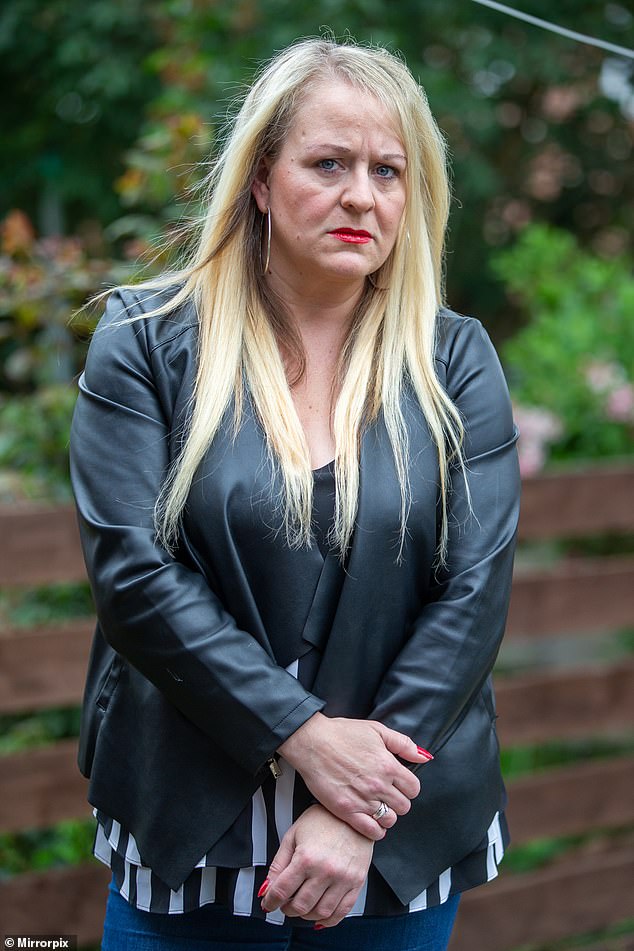 Kirsty Mensah, 42, from Newcastle, has been left with holes in her head following a vicious attack launched by her former best friend Susan Robson, 37 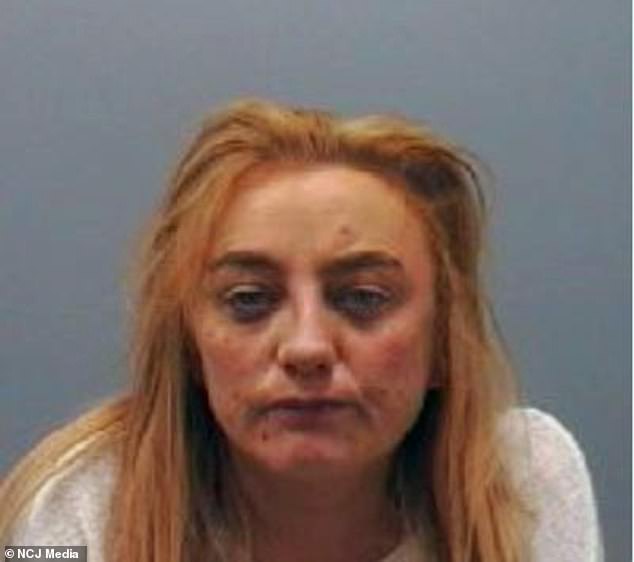 Susan Robson, 37, from Newcastle was said to have ‘lost control’ after spotting her  husband, kiss Ms Mensah on the cheek

Describing the traumatic event Ms Mensah said: ‘The past year has been absolutely horrendous for me. I’m lucky to be alive and honestly thought I was going to die.

‘I actually remember the sound of my neck snapping when she kicked me in the face when I was on the floor. That’s something I’ll never forget.’

Ms Mensah, who is still receiving intense physiotherapy following the vicious attack, said the bone in question is now permanently dislodged and she has four scars in the front and back of her head where the brace was screwed into her skull.

Ms Mensah said: ‘The attack robbed me of my independence which I’m only just starting to get back now.

‘I couldn’t do anything for myself and had to rely on carers to help me wash and use the bathroom. It’s humiliating and degrading.’

She added: ‘The brace was so big and heavy I couldn’t get my head through the door at times. The doctors said I had to stay awake to have the brace fitted in case something went wrong with them drilling into my skull.

‘That was almost as bad at the attack itself.

‘I threw up on myself, all over my head and neck, and I passed out several times.’

Describing the moment her friend launched the vicious attack on her Ms Mensah said: ‘She shouted to the both of us ”So that’s where you both are”. 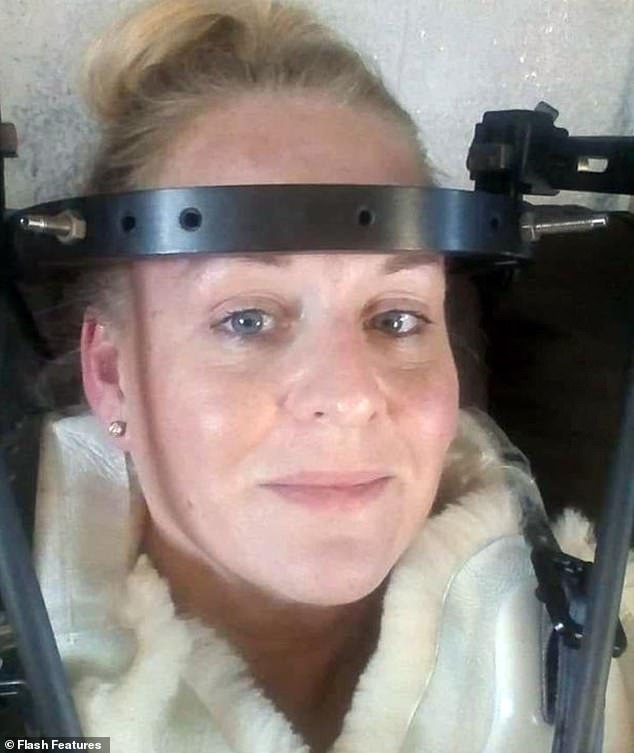 ‘I remember thinking it was strange because it was such a charged reaction. I said ”Yeah Lee walked me here” and she just charged towards me.’

Ms Mensah said Robson hit her with her handbag, causing her to stumble backwards onto the ground, before subjecting her to a violent attack alone.

She said: ‘I had a pair of wedges on and tripped, falling backwards onto the floor. I thought to myself ”I’m on the floor here and if I don’t get up I’m in deep trouble”.

‘I remember her kicking me over and over in my stomach and winding me. When I thought she stopped, she dragged me into a nearby ally by my hair.

‘I couldn’t see Lee anywhere, and wondered if he had gone to get help. She started kicking me again and somehow I managed to get on all fours. I held a hand out to get her to stop, while I caught my breath.

‘When I lifted my head to look her in the eye, the last thing I saw was her foot swinging towards my head at full force. 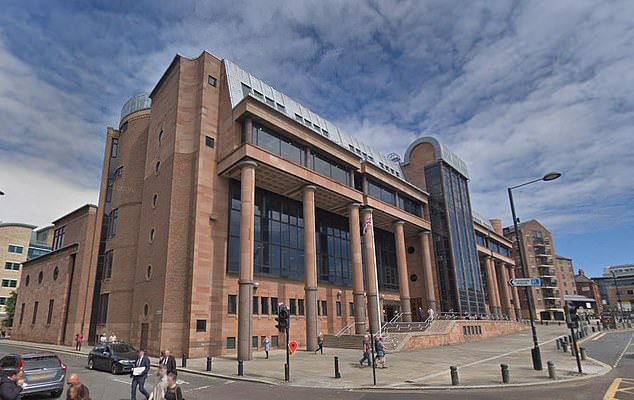 ‘I actually heard my neck crack before I passed out.’

Ms Mensah said that her friend ‘completely got the wrong end of the stick’ and that pleas to let her explain were ignored.

She said: ‘Lee and Susan were separated months before. They were both seeing other people anyway, so even if Lee had kissed me like that it wouldn’t have mattered.

‘He was a friendly guy and was hugging and kissing everybody, it’s the way he was.’

Following the attack Ms Mensah was rushed to hospital and had to have a neck brace put on for three months.

She said: ‘The moment the doctor said I had broken my neck I just screamed.

‘My mum came up from Yorkshire to help me. She’s in her 70s and I felt awful for her rushing around for me and being so worried about me.’

Last week Robson was sentenced to four years for GBH at Newcastle Crown Court and issued with a five-year restraining order preventing her from contacting Ms Mensah.

The jury heard Robson had eight previous convictions including another one for GBH where she attacked a woman she accused of jumping a taxi queue in 2016.

Prosecutor Emma Dowling said: ‘There came a point in the evening when the complainant said she’d had enough and wanted to go home.

‘The defendant’s husband offered to walk her part of the way home, saying he wanted to visit his mother on the way back, which he did.

‘What is clear from CCTV is she was repeatedly assaulted by the defendant in two separate incidents five minutes apart in the same location, next to some garages.’

Ms Mensah added: ‘She’s a dangerous woman and I never want to see her again.

‘We were friends for four years because I loved how fun she was to be around and how much she liked a laugh, but looking back I wish I never met her.’

She said: ‘He never came back for me when Susan was assaulting me. He never saw me in hospital either. God knows why, maybe he was scared of Susan. I wouldn’t blame him if he was.’