THE bloke dubbed lockdown's 'Jetski Romeo' has been accused of having a 'death wish' yet again – after breaking his finger when he was flattened by a wave while taking a selfie at Giant's Causeway.

Dale Mclaughlan – who became infamous for riding a jet ski from Scotland to the Isle of Man for a woman during the first lockdown – visited the iconic rock formation near Bushmills, Northern Ireland, last Thursday, September 30. 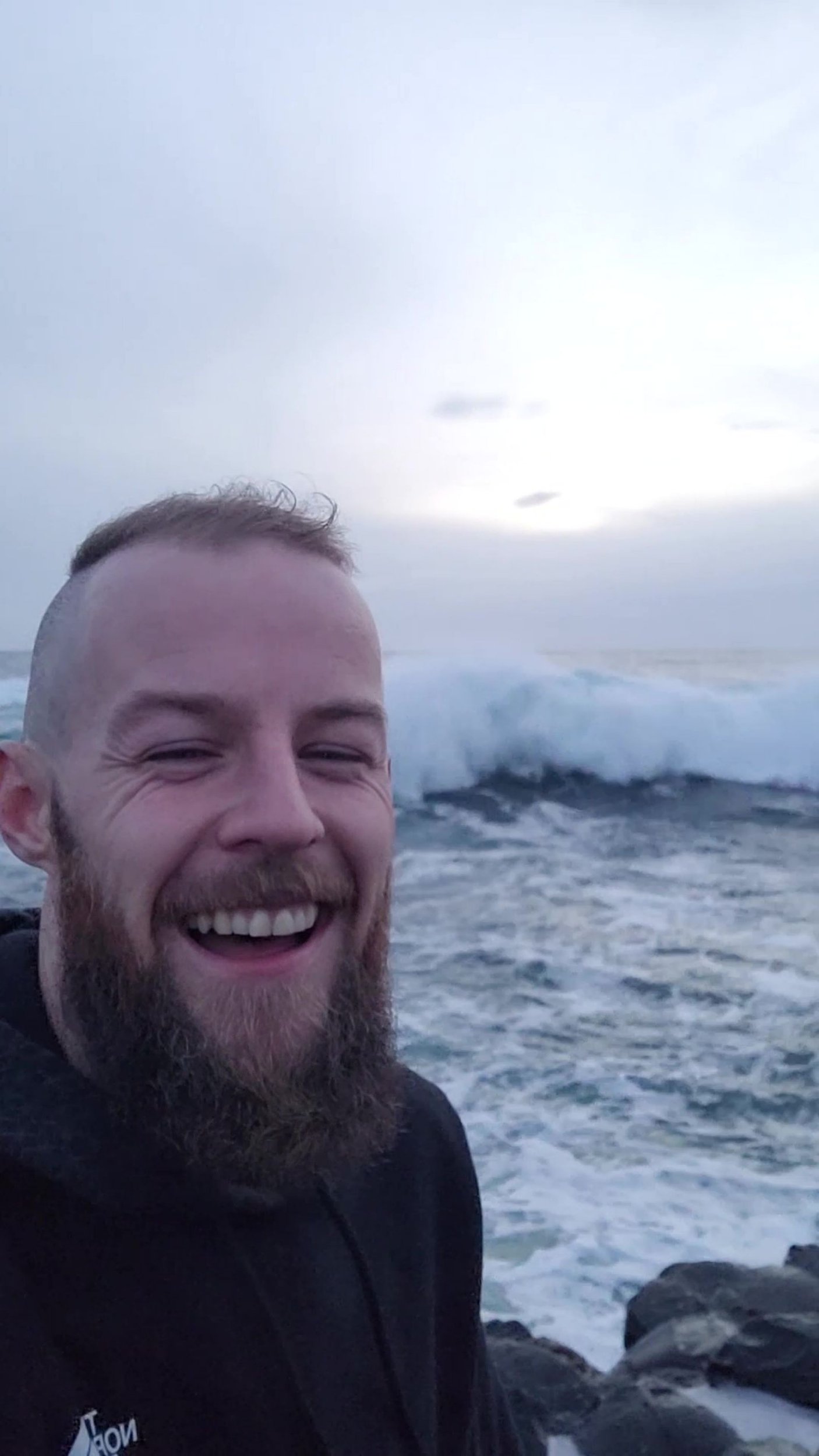 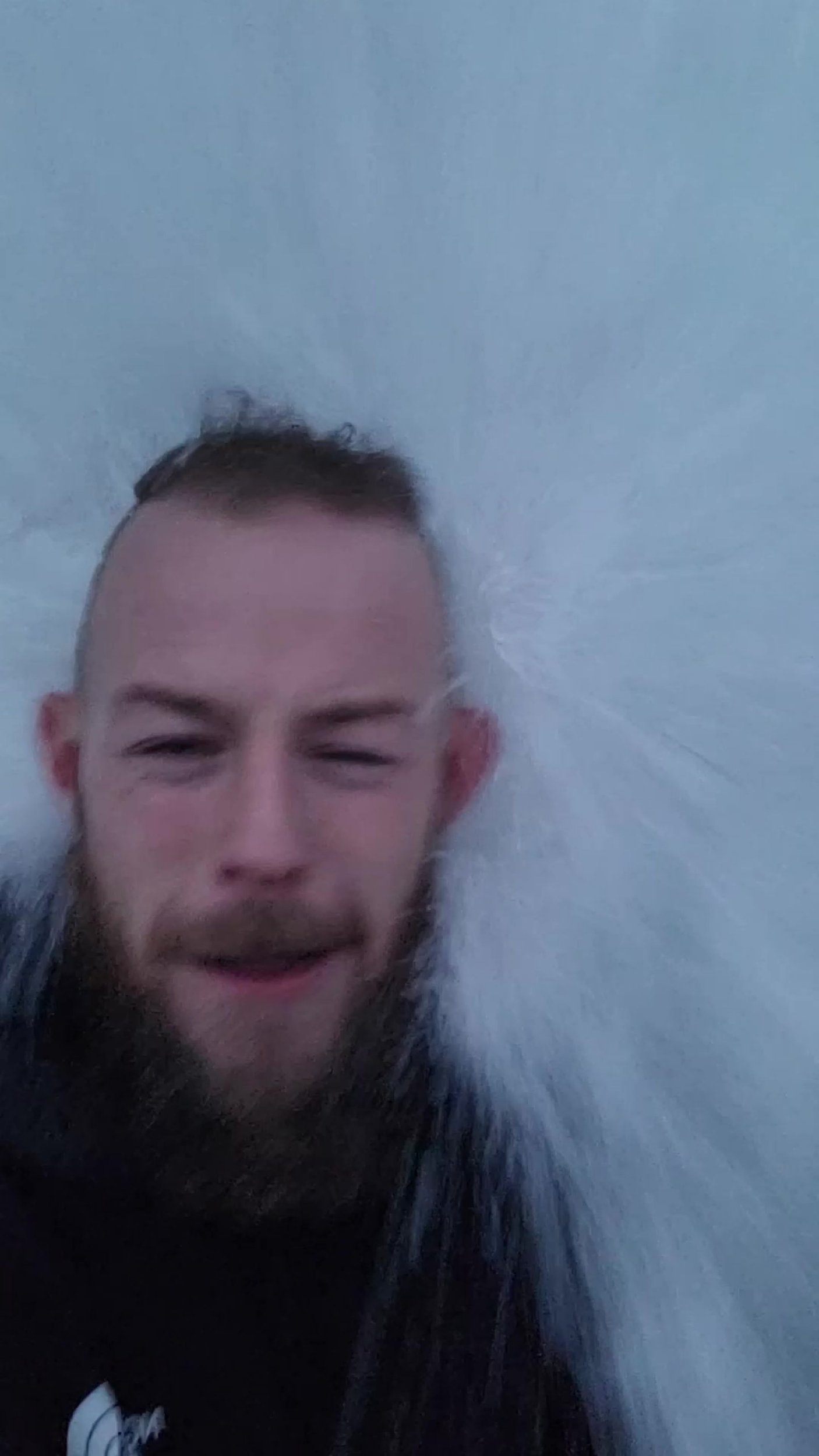 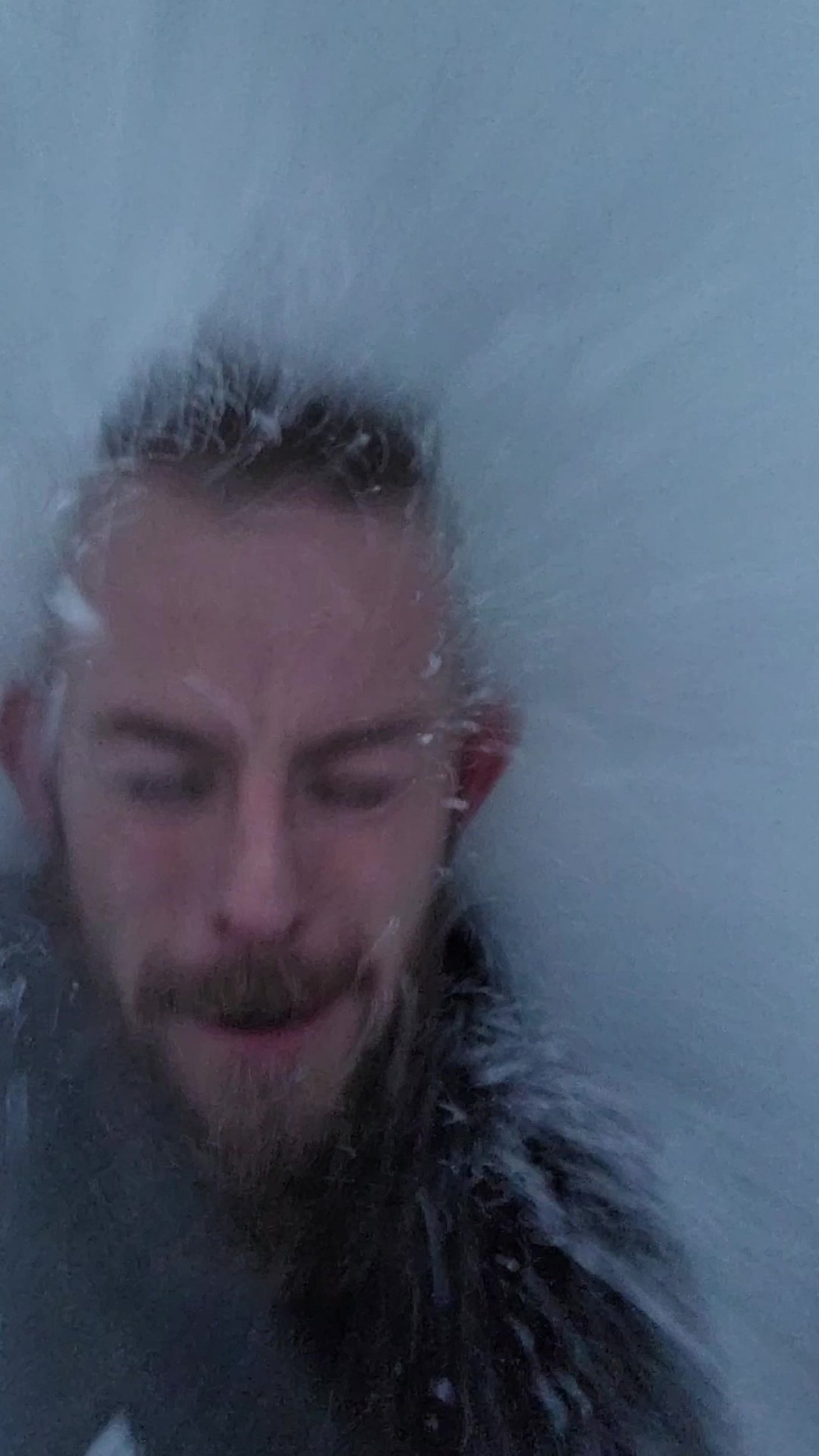 'Incredibly stupid' footage shows the 29-year-old step out onto the slippery rocks with mate Arron Martin, 28, while the Irish Sea crashed into the coastline behind him as he manoeuvred himself into position.

Smiling into his camera, Dale tries to pose to take a selfie but is quickly swamped by an onrushing wave.

Amazingly the roofer only broke the forefinger of his right hand despite being crushed against the rocks.

He even managed to retrieve his phone despite dropping it in the water – which even captures his own version of the incident as the wave engulfs him.

His 'dangerous' stunt was met with backlash when he shared it online, with many claiming it could be an entry to the Darwin Awards, though Dale laughed off the critics and said 'life is literally for living'.

Dale, from Irvine, Ayrshire, Scotland, said: "We had just come back from the gym when we realised how close we were to the Giant's Causeway and wanted to run over and check it out.

"We're only over for a few weeks while contracted for work. We wanted to take the opportunity to do some sightseeing and I've always wanted to see it.

"I didn't want to pass up the chance to see it. There are a few things that say the rocks are slippery but I wanted a selfie with the waves. We'd been soaked just before the video started.

"I broke the forefinger on my right hand. Fortunately it hasn't stopped me working, I've definitely been through a lot worse.

"Me and Arron have been friends all our lives. He's just used to my hijinks now, he just shakes his head and rolls his eyes at me."

Footage of Dale's soaking has been viewed more than 150,000 times online with people saying he should be up for the 'Darwin awards' and has a 'death wish'.

Another said: "Lucky you didn't get swept out."

One commenter wrote: "Seriously dangerous doing that and putting the lives of rescue works at risk then. Incredibly stupid behaviour."

In response, a defiant Dale said: "A lot of people have said I have a death wish or I should be up for the Darwin Awards but I don't see the point in living your life being afraid of things.

"Life is literally for living. All of these people who sit in their houses under the covers afraid to go out, what kind of life is that?"