The US President was criticised after the first debate of the election campaign after he was accused of refusing to denounce white supremacists. He was asked repeatedly by the moderator, Chris Wallace, to condemn violence by white supremacists and right-wing groups, such as armed militias, as well as criticising left-wing protesters. Mr Trump eventually responded when asked about the far-right Proud Boys group, but was unable to comprehensively condemn them.

He said: “Proud Boys, stand back and stand by! But I’ll tell you what, somebody’s got to do something about antifa and the left.”

After intense criticism, Mr Biden’s record on racism is now under the microscope after a pro-Trump group published an unearthed video of the Democrat candidate.

A 35-second clip of the eulogy was viewed nearly half a million times in the six hours after it was shared on Twitter.

The eulogy was for Robert Byrd, a former politician who served as a US Senator from West Virginia for over 51 years, from 1959 until his death in 2010. 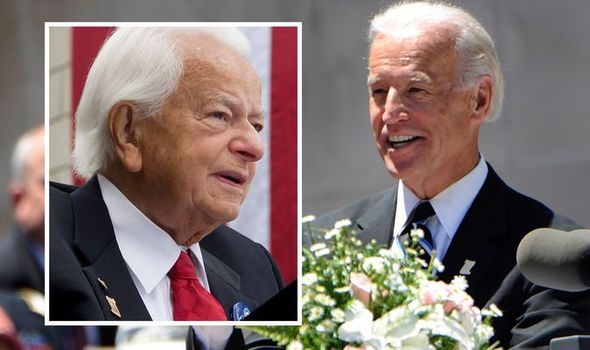 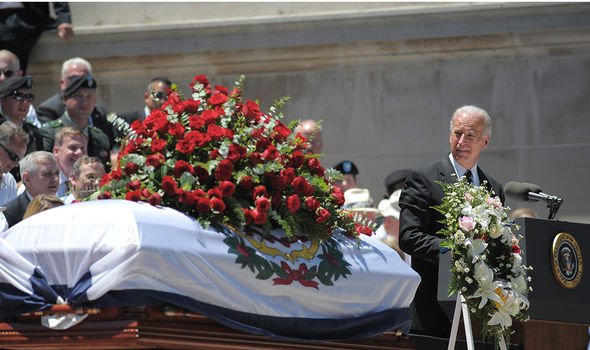 He was a member of the Democratic Party.

In his 20s, Mr Byrd was a recruiter for a local chapter of the KKK – a move he later called “the greatest mistake he ever made”.

He also attempted to explain his former membership in his 1958 US Senate campaign when he was 41 years old. 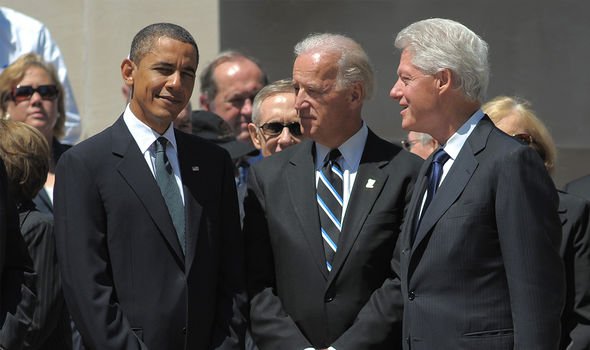 After his death, the NAACP (The National Association for the Advancement of Colored People) released a statement praising Mr Byrd, acknowledging his former affiliation with the Klan and saying that he “became a champion for civil rights and liberties” and “came to consistently support the NAACP civil rights agenda”.

At Mr Byrd’s funeral in 2010, Mr Biden said: “Bishop, Reverend Clergy, Mona and Marjorie, the entire Byrd family – if you didn’t already know it, it’s pretty clear the incredible esteem your father was held in.”

He added: “For a lot of us he was a friend, he was a mentor and he was a guide.” 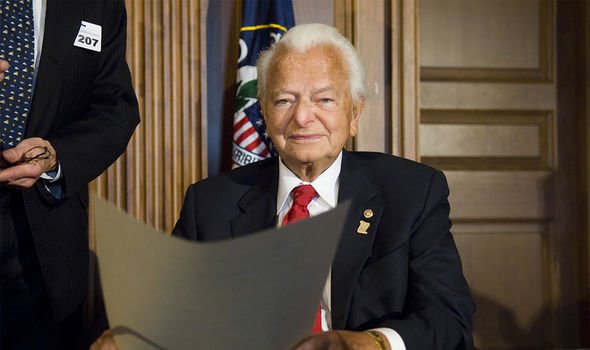 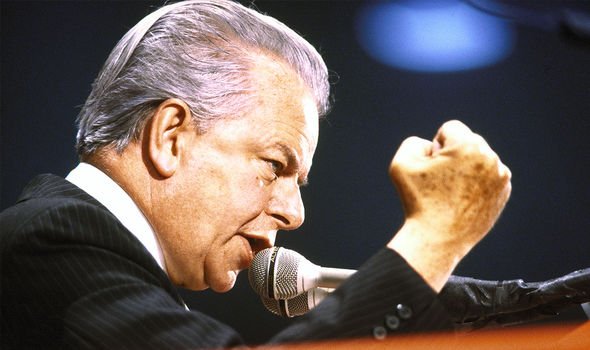 Then President Barack Obama also spoke at the event, saying: “I’ll remember him as he was when I came to know him, his white hair flowing like a mane, his gait steady with a cane, determined to make the most of every last breath.

“The distinguished gentleman from West Virginia could be found at his desk to the very end and doing the people’s business.”

Mr Obama appeared to reference Mr Byrd’s change of thought when leaving the KKK, adding: “As I reflect on the full sweep of 92 years, it seems to me that his life bent toward justice.

END_OF_DOCUMENT_TOKEN_TO_BE_REPLACED

END_OF_DOCUMENT_TOKEN_TO_BE_REPLACED
Recent Posts
We and our partners use cookies on this site to improve our service, perform analytics, personalize advertising, measure advertising performance, and remember website preferences.Ok