Joe Biden was inaugurated as US President on Wednesday, rounding off a chaotic election campaign and transition period. Mr Biden declared in his speech that “democracy has prevailed” after Mr Trump’s efforts to challenge the election result. The Democrat appeared to swipe at his predecessor, saying: “My fellow Americans, we have to be different than this. “We have to be better than this and I believe America is so much better than this.”

Mr Biden condemned the “riotous mob” that attacked the Capitol earlier this month.

Kamala Harris also made her first speech as Vice President, vowing to help Mr Biden “to do what is hard, to do what is good, to unite”.

While Mr Biden and Ms Harris prepare to work together – they haven’t always seen eye to eye.

This was seen during the Democrats’ race for the candidacy last year, when Ms Harris challenged Mr Biden for the nomination. 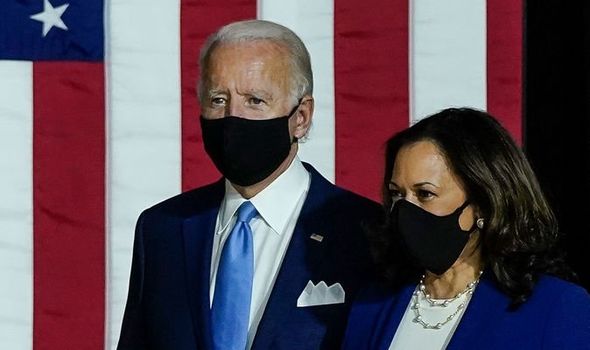 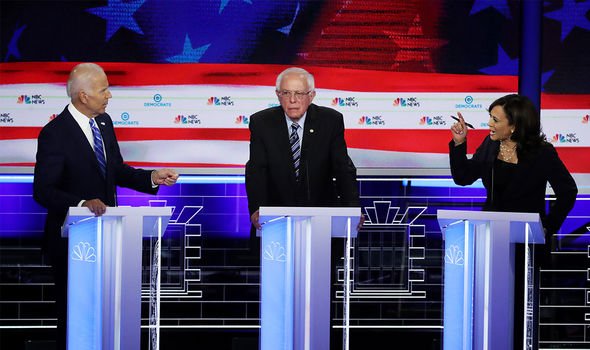 In fact, she challenged Mr Biden over “very hurtful” comments he had made, having reminisced about working with two Democratic Senators who favoured racial segregation.

She said: “It was hurtful to hear you talk about the reputations of two United States Senators who built their reputations and career on the segregation of race in this country.”

She also took him to task for working “with them to oppose bussing” – a policy of driving white children by bus to majority-black schools and vice versa, in the mid-Seventies.

Mr Biden furiously replied: “It’s a mischaracterisation of my position across the board. I did not praise racists. That is not true.”

During the campaign, the now US President said he “detested” the segregationists’ views. 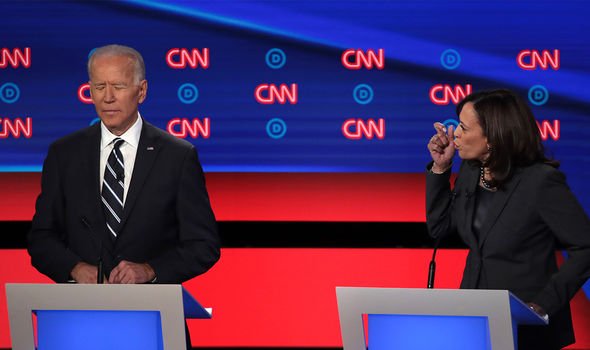 A year earlier, they clashed on healthcare as both accused one another of misrepresenting their policies.

Since Mr Biden picked Ms Harris as his running mate, the Democrat politicians have put their differences on policy aside helping them to an election win.

Ms Harris has made history – becoming the first woman of colour to take the role of Vice President.

She was born in Oakland, California, to two immigrant parents: an Indian-born mother and Jamaican-born father, going on to attend Harvard University. 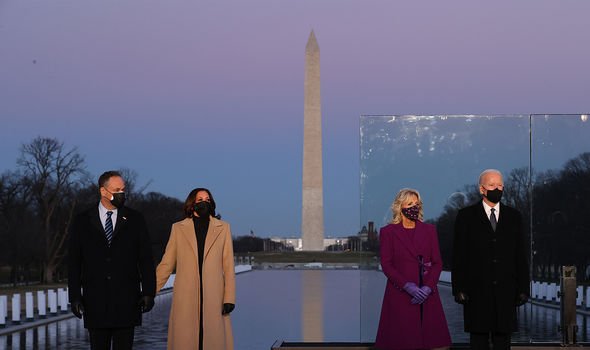 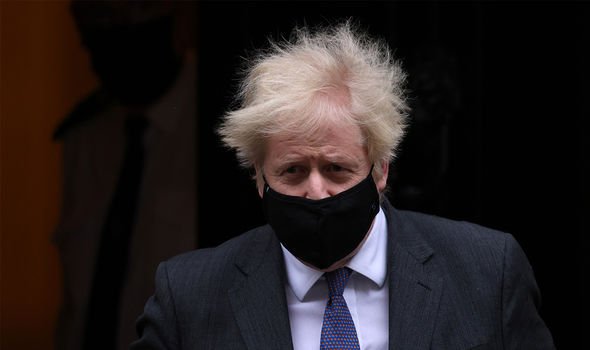 She then became the district attorney for San Francisco in 2003, before entering politics as California’s attorney general.

Ms Harris has rarely commented on UK politics, but a report by the Sunday Times in November quoted one source who said the Vice President is not a fan of Prime Minister Boris Johnson.

They told the paper: “If you think Joe hates him, you should hear Kamala.”

The source claimed that this was due to comments made by Mr Johnson, directed at Barack Obama, in 2016.

Mr Johnson accused Mr Obama of having an “ancestral dislike of the British Empire”, referring to his “part-Kenyan” heritage.

END_OF_DOCUMENT_TOKEN_TO_BE_REPLACED

Generals stage an attempted coup in Armenia three months after country lost bitter war against Azerbaijan in which 6,000 died Generals released statement today calling for the Prime Minister to step down  Nikol Pashinya took to streets with 20,000 supporters and denounced top brass Another 10,000 rallied against the PM